I can’t even imagine all the problems you had to face before finding an honest guy in this ocean of poisonous guys.

And even once you found it (or thought you found it), you couldn’t really trust it; because you have been cheated in the past.

You began to observe his behavior, looking for clues capable of proving or refuting your assumptions.

And even after finding something, you were still unsure of yourself.

But all hope is not lost. Here are 6 things all honest guys have in common that will help you distinguish toxic liars from honest guys.

If the guy you go out with systematically tries to make eye contact with you, it is because he has a clear conscience and has nothing to hide.

People avoid eye contact when they have something to hide and they feel too vulnerable.

2. He does not have a history of infidel

If the guy you go out with doesn’t have an unfaithful past, that means he was honest in his previous relationships and so will be with you.

Drink his words as soon as he tells you about his past and you will quickly see what kind of man he is.

But even if he had been unfaithful in the past, that doesn’t mean it will be the same with you.

If this is the case, ask him to explain himself and ask him about his feelings about this.

If he feels remorse, it is because he is sorry for what he did and will never do the same thing again.

3. He never hides his phone

An honest man would never hide his phone with you.

He would not always put it in his pocket and would not refuse to take his calls in your presence.

On the contrary, an honest guy would make sure to put his phone in a visible place and not be afraid to show you some of his photos or videos on it.

You can test it by asking him to show you pictures or something else. If he accepts, it is because he is honest.

But if he says there is nothing interesting on his phone and refuses to show it to you, it may be that he has things to hide.

They never brag about their successes, their work or the money they earn. They are modest in all circumstances.

Modesty and honesty go hand in hand. You cannot be modest if you are dishonest and vice versa.

These are the characteristics of a true gentleman, knowing what he is worth and knowing how to treat a woman.

5. He never looks for excuses

Being consistent in your decisions is another sign of honesty.

Does he call you when he promises? Is he on time? Does he keep his promises?

If he makes an effort to be on time and never finds excuses for his delays or in any other case where he could not have kept his promises, it is because he is honest.

6. He really cares about you

It is one thing to care about someone and only testify by words. But witnessing it through deeds is another.

If your guy makes every effort to prove that he cares about you, it’s clear that he is an honest person.

Otherwise, it becomes very difficult to treat someone with respect.

If your guy is attentive, you will be his priority and he will do everything he can to make you feel comfortable and loved.

He will simply be incapable of being dishonest since he will do everything he can to make you feel special. He will not deceive you.

If you still have doubts, just listen to your intuition and follow your heart. 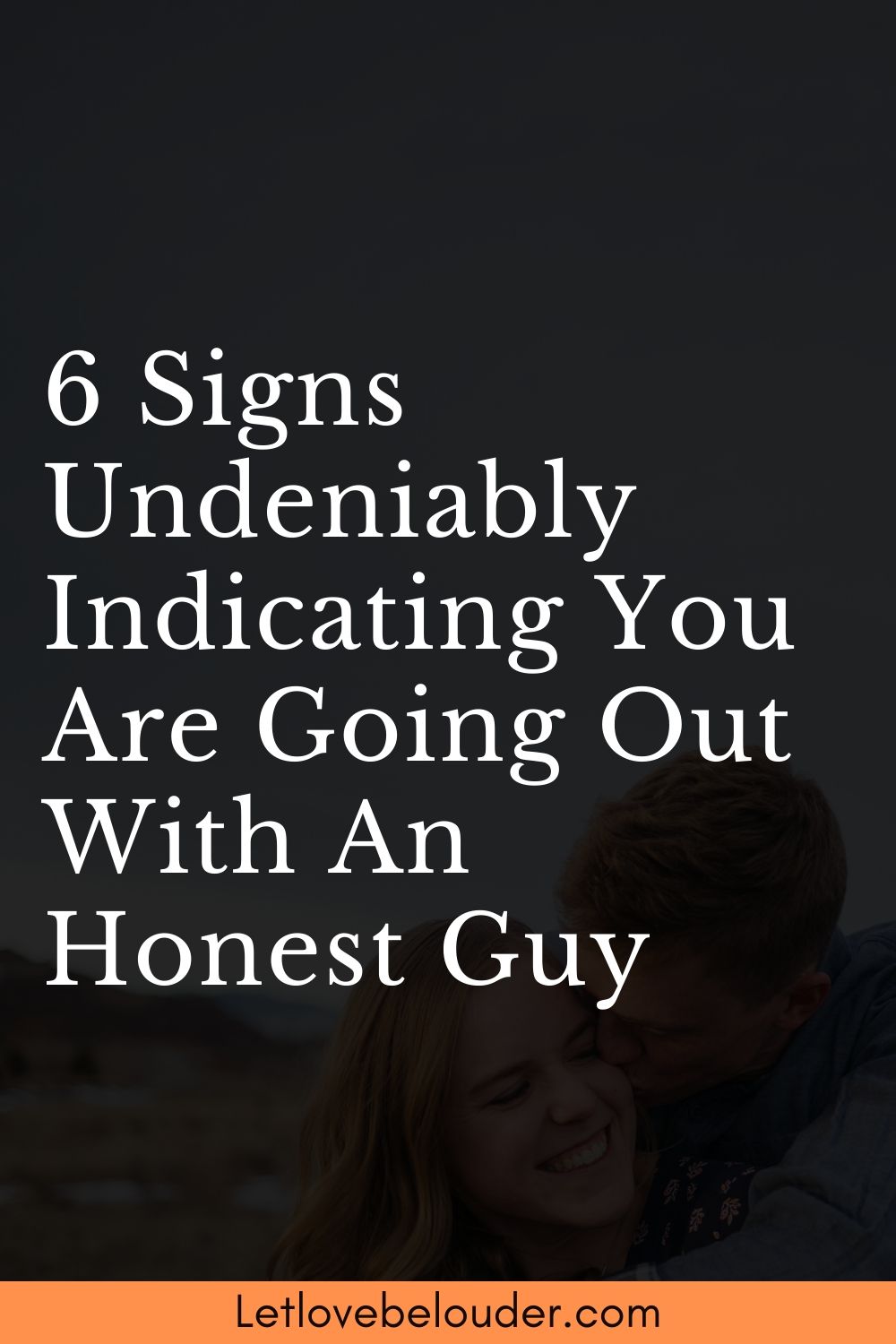