Have you ever wondered why some guys made so much effort at first, only to make none afterwards?

Although in most cases it is because they are assholes, it also happens that YOU are primarily responsible for them.

You see, the guys work more or less all according to the same model and they stick to the good old scheme: THE RUNNING.

And if you do not follow this scheme, you will destroy all the interest it has for you, without even realizing it.

So if you’ve noticed that your guy has been distant and a bit different lately, it may be because you wiped out his interest after inadvertently doing one or more of the 7 things below.

8 ways to wipe out all the interest a man has in you, without even realizing it

1. You started chasing after him

If you run after him, he won’t run after you. It’s that simple.

If you constantly send him messages, organize lots of dates, compliment him and do everything you can to make him feel unique, it’s that you started chasing him and things should go the other way meaning.

It is you who should take advantage of all these privileges, without pressure and without having to prove what you are worth.

2. You accepted the moments of relaxation and Netflix too early

All men dream of a successful transition between “restaurant evenings” and “Netflix evenings and relaxation at home”.

But if he suggests it to you, it is because he prefers quiet evenings, when he does not feel obliged to impress you and also because it will thus be easier to put you in bed (if this is not already done).

Whatever the reason, you should not agree to go home too early, because once the “relaxation” meetings have started, he may say that the job is done and he will gradually stop to run after you.

3. You slept with him too early

Yes. By going to bed too early, men tend to tell themselves that you are an easy target and that they did not have to make too much effort to conquer you, because you are satisfied with little.

They want a woman with high expectations, who will stick to it and make them work before being conquered.

4. You have been an open book

Being honest about your life is good, but you have to find the right balance.

If he knows everything about your life, your habits, each of the animals you have had, your family, and all your plans for the next ten years, his interest in you will disappear.

You have to preserve a bit of mystery and let it wonder, from time to time, where you are and what you are doing.

Thus, he will see that there is still a lot to discover about you and will run after you until you know them in the smallest detail (which you will only give him crumb by crumb).

5. You are too available

By jumping on your phone the second he calls you and dressing up on the minute, you make yourself too available.

By canceling your projects, just because he wants to see you, you make yourself too available.

And this is also one of the reasons why he may lose interest in you.

Enjoy your life and let him know that, from time to time, he will have to be patient before he can spend some time with you.

6. You have no limits

By accepting everything he gives you, by drinking each of his words, without ever contradicting him, you show him that you have no limits.

And when a man understands that whatever he says, whatever he does, you don’t protest and don’t get angry, he loses all respect for you, as well as all interest in you.

Set clear limits and stick to them. You will then take control of the game!

7. You don’t know how to ask for what you want

Nowadays, all women should learn to ask for what they want.

If something doesn’t satisfy you, but you can’t talk to him about it, it’s as if you deny yourself the right to happiness, just to make him feel good … And it’s anything but s**xy.

Demand what you want and ask them to give it to you. It’s the only way to keep your interest.

8. You don’t give him ultimatums

Have you ever been disappointed by being late or for a more serious reason, without saying a word?

You are nice, even if deep inside you are dying to make a remark.

If you do not give him ultimatums and do not force him to think about these acts, he will take you for granted and will no longer see any interest in chasing you.

The best thing is to acknowledge his efforts or ‘punish’ him when necessary. I assure you that in this way, his desire to run after you will be increased tenfold. 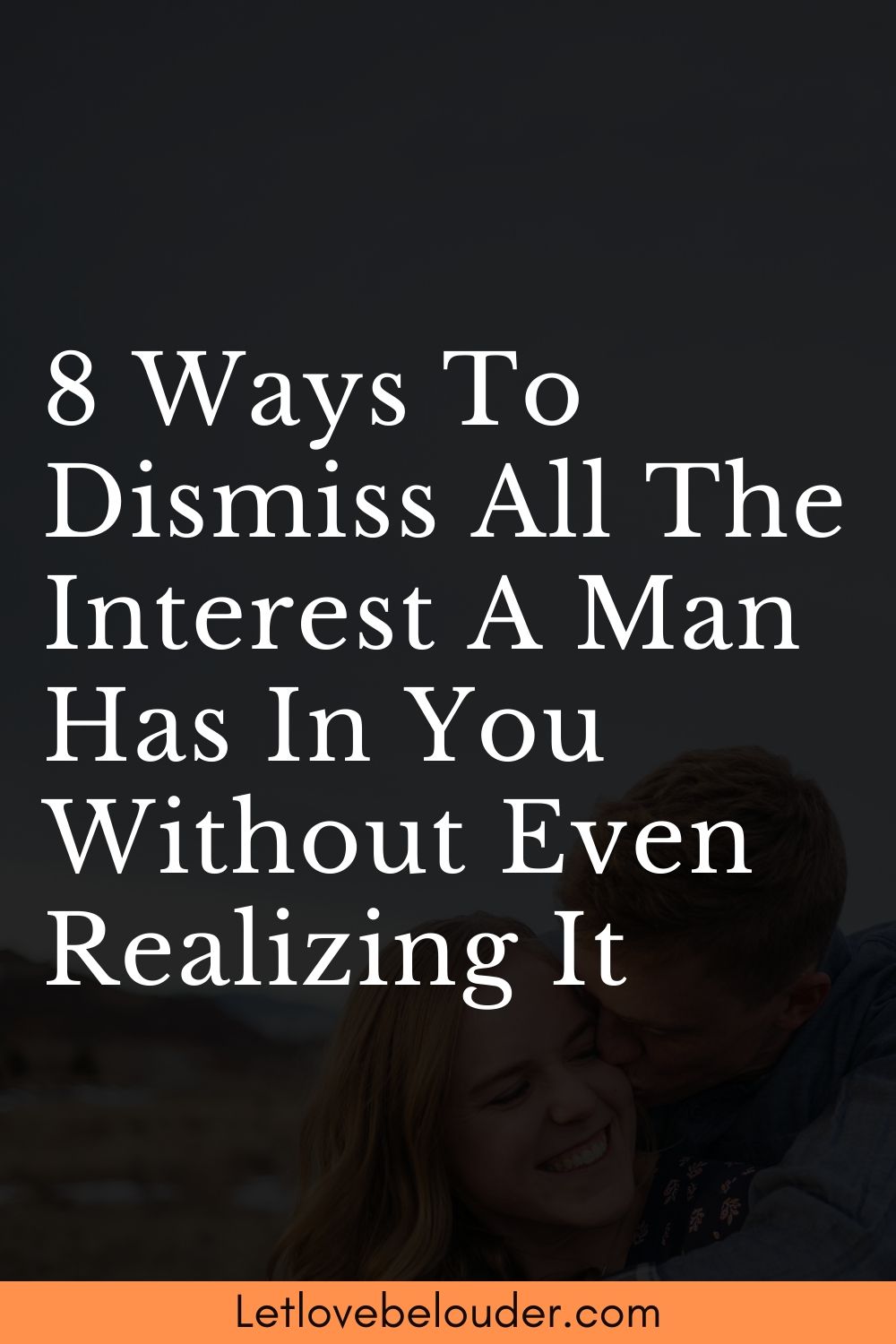