A weak man would do anything to feel better about himself. If he is jealous of you because of your beauty or your success, he will try to find a way to feel better.

Because of his weakness, he will create different scenarios in his head and everyone will have a negative view of him.

He will think he is not as good as you and he will try to find someone who will love him. And even if he knows it will hurt you, he will do it anyway.

It is something that any weak man will do to boost his ego and feel good about himself.

2. He likes to conquer

If a man likes to conquer it, he will do it every day just to feel good. Even if he says he loves you, he will always try to find someone who will blow up his adrenaline.

In this chase game, he will have a lot of fun, but he will have no problem going home and telling you that he loves you and that you missed him that day.

I’m not saying that all men are like that, but some of them can play in both camps. The most important thing is to know that it has nothing to do with you.

If he is not honest, he will do whatever he wants and he will not think much of you.

He thinks only of himself and his pleasure. And a man like him will never be someone who will make you happy, even if he is sorry to have hurt you.

When a man is selfish, he thinks only of himself. He will not think of you and your needs, but only to satisfy his own.

He’ll have no problem flirting with every girl he meets when you’re not around, and after going home and making love to you.

He has no empathy for you and his ultimate goal is to fulfill his own desires.

Love does not mean much to him and he will easily pass from you to someone he finds better than you.

It’s something he carries with him, and it will stay that way for life.

5. He wants to boost his ego

There are men who say they love their wives but cheat on them with every woman they meet.

You are probably wondering how it is possible, aren’t you? Well, the fact is that they like to feel superior, attractive, desirable and wanted.

This is why they will do it just to feel better about themselves. It has nothing to do with you, but rather with their twisted idea of ​​love.

They don’t think about your feelings and what they will lose if you leave them, but rather what they will feel when they enter this naughty game with another person.

6. He is not sure of himself

A guy who lacks self-confidence is really someone you should be wary of. He even able to do what he promised never to do, just to feel good.

If he sees that you like guys and your life is great when his is not, he’ll try to find someone to comfort him.

He will hold you guilty of having a fearful life and he will do nothing to change it.

Instead, he will find someone with whom he will harm you because he wants you both to be equal.

He can’t stand you being happy while he isn’t, so he will do things on purpose just to hurt you.

If you’ve been unlucky enough to meet a sex addict, you should know that he will always try to find someone to sleep with.

Even if you sleep with him every day, he will never have enough sex and he will want more.

He is someone who thinks with his cock and not with his head and your feelings are not a priority for him.

If you know that your man has this kind of problem and that he does nothing to improve his situation, unfortunately, there is no other choice but to leave him.

8. He had the opportunity

It is a fact that men do not deceive when they want to, but when they have the opportunity.

So if he drinks a little more than usual and he can cheat on you, he will.

He will not think of you in this situation, but have the best time of his life.

He will take advantage of the present moment and appreciate it, later regret it later.

This is how most men lose their longtime partner, in the end, they end up alone.

If they are stupid enough to deceive you, you should be smart enough to leave them! 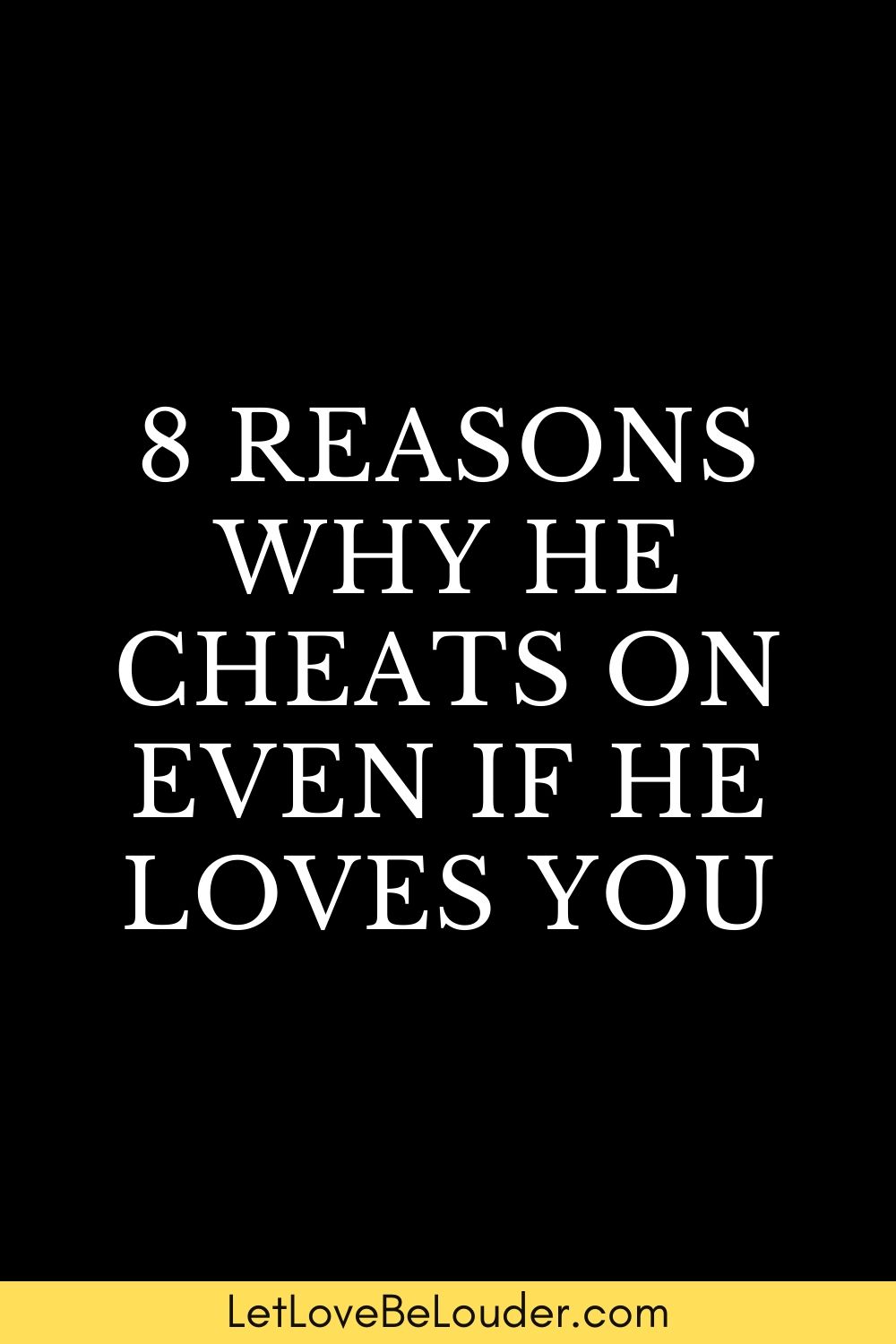