Narcissists can fool anyone who has never been in contact with this kind of person.

They can sell all kinds of stories and make up all kinds of lies to victims tangled in their webs, but they cannot fool someone who has already experienced their terror.

So, in light of this, I will use my experience with a narcissist and share it with you, so that one day, if, God forbid, a narcissist crosses your path, you will be ready to defend yourself.

I never really wanted to talk about what happened to me because I was ashamed.

I didn’t want to admit to anyone, including myself, that I fell into the trap of a vicious man’s lies and tricks.

I kept it inside for so long, repressed. I blamed myself for being stupid, closing my eyes, ignoring everything that was happening right under my nose.

It lasted a long time until I decided to forgive myself. I realized that I am not perfect and because I made this mistake, I am not stupid either. It happened ; it went terribly wrong. I could have avoided it, but I didn’t.

I made peace with him, and I turned the page.

It was a spiritual journey covered in blood, sweat and huge amounts of tears, but it was a worthwhile journey.

So, I’m here to offer my help. I want you to know all the tricks that narcissists have up their sleeves because I want to save you from the pain that I have endured.

Read on to discover the secrets and narcissistic tricks they don’t want you to discover:

If you tell him anything that can make him feel ashamed or give him a hint that you know what he’s doing, it will make your life impossible.

If you let him know that you are aware of his narcissistic traits, he will fire heavy artillery with the intention of destroying you.

In this case, and in general, ignoring a narcissist is the best and only option you have left. It’s the only way to chase it away.

Don’t get caught up in his provocations. In fact, don’t show any emotion in talking to them.

Doing so will make you uninteresting, and eventually it will go away because you cut it off.

2. He is afraid of being caught

Whenever he commits an abuse, try to record it or write it down. The important thing is that you have evidence of harassment.

This is important because when you have tangible evidence of violence, it cannot smoke you. He can’t use tactics to make you think you’re crazy.

And that the abuse never happened. You just overreacted.

He will try to get you anyway, but since you have evidence, you can always show it to someone you trust to really confirm that you can’t imagine things, that the violence actually happened.

Narcissists have high self-esteem, and their reputation is the only thing that interests them.

So if they see that their reputation has been compromised, they run away from you like the plague because you are too big a risk.

3. He can’t stand your indifference

Any answer you give them, even in the form of revenge, feeds them. They need constant attention, good or bad, whatever.

Instead of making plans on how to get back on it, focus on yourself and try to make your life a better life.

If you choose to stay in touch with him for whatever reason, prepare for constant attacks and guilt trips designed to recover his narcissistic source of supply – you.

On the other hand, if you have to stay in touch with your narcissist, make yourself as boring as possible.

Limit your conversations to what is necessary and never give them a single detail more than they need to know.

Making yourself terrible to a narcissist will certainly leave you alone, but you won’t win this war without fighting, that’s for sure.

4. He can’t stand being dropped first

If you throw it away, it will panic. He can’t bear this huge blow to his ego. So his next logical step for him is to try to get back to you.

He doesn’t want to get back together with you because he misses you and wants to work on his relationship.

He wants you to come back to hurt yourself and traumatize you because you had the audacity to leave him first.

He wants to revive the relationship, when it is he who kills it. Of course, later he will spread rumors about the crazy bitch that you are, how you destroyed his life, etc.

Basically, it will tell the truth, but your side of the story.

In other words, he will take your version of the story and all the things you have experienced and present them as his own.

5. He does not see you as a person, he sees you as an object

For him, you are what psychiatrists call “narcissistic supply”.

He does not see you as a human being with his own emotions and thoughts. He sees you as an object, something he must use for food.

You are exactly the same for him as his exes and future targets.

He probably spoke of his exes in a bad way; he probably called them crazy when he first met you.

Now he does the same to you with someone else, with his next target.

He always makes sure to have back-up supplies just in case he drains his current source.

He sees you as a disposable item that he can instantly replace with a fresh, new narcissistic supply.

6. He is far from modest

He is neither noble nor humble. He’s just an extraordinary actor who gives the performance of his life.

At the beginning of the relationship, he presents himself as a character so impeccable that you even started to feel guilty because you are not more like him.

His ability to pass himself off as a charismatic and irresistible personality gives him the power to be loved by everyone.

But after he’s put on his show for so long, and after really seeing what it looks like, you stop believing it.

But it is only you, those who do not know him fall into the trap of his false modesty instantly.

What is really happening is that he is hiding behind false modesty to hide his arrogant and self-absorbed self.

These are their biggest secrets, their main tools of destruction.

If they suspect you are on their trail, they will not even try to get involved with you because you are a high risk victim.

If you reveal their tactics, you can come to your senses and cut off the narcissistic supply, which he cannot afford. 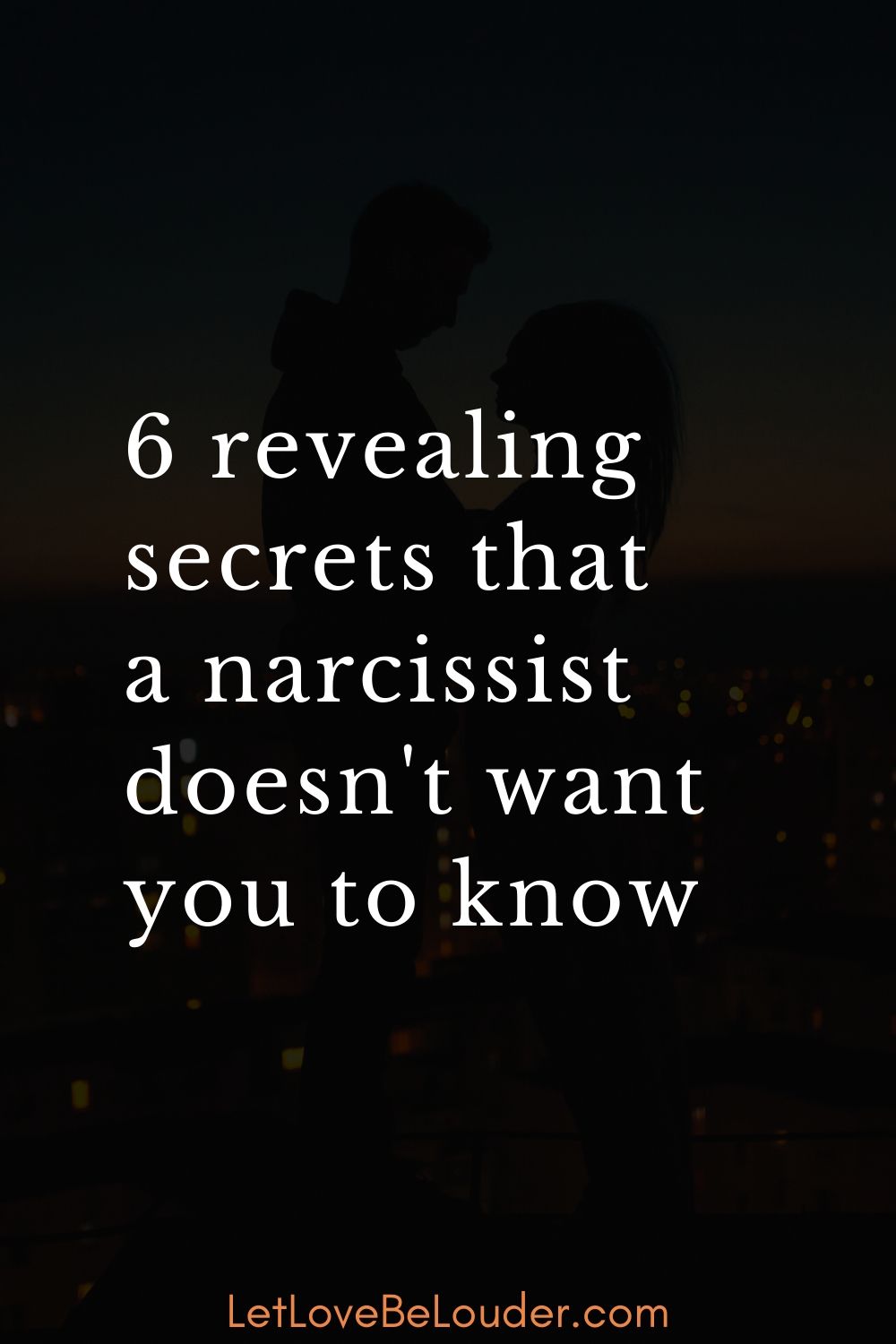