1. He’s good at texting (but nothing more)

You see, in the era of modern dating, a man wanting to establish a close relationship will always find the time to make a video call, or at least a classic call in order to hear your voice.

If he hates talking on the phone, calls will be rare. But if he does not imagine himself in a serious relationship with you, they will be downright non-existent and he will not even respond to yours.

2. He never gives you clear answers

He tries to present himself in the light of a man “who follows the current”. He never knows what will happen next, where he will be or what he will do in the future.

He doesn’t know if he can see you tomorrow or next week. He always tells you that he will keep you posted, but you are never sure that he will.

It’s kind of like he only does things that way, doesn’t it?

The man in your life will schedule meetings and most of the time, he will be able to tell you when it is possible to find you. If it remains vague on all subjects, it is because your relationship is temporary.

3. You don’t know that much about him

Even the most alert men will eventually open up over time to the woman they are dating, especially if their relationship is serious.

He will tell you about his friends, his family, his habits, his work and his childhood memories.

He will have an unconscious desire to do all of these things. He will want you to get to know him and he will want to know everything about you.

But if your relationship is temporary, it will establish a distance between you by discussing only superficial matters or by giving you only brief answers to your personal questions.

There is another thing that people in superficial relationships tend to do: talk about things that are not really important, like their favorite movies, sports, drinks, food, etc.

In doing so, he makes you believe that he is telling you everything about him but when you think about it, you don’t know all that much about it.

4. The future is a taboo subject

If he hates talking about the future and tactfully avoids bringing it up when you’ve been together for months, be sure he’s not ready for a serious relationship.

Not to say a word about the future is to say that he does not know if you will be there the following month, nor that of still after and even less in a year.

With him, any conversation about the future begins and ends with “we’ll see”…

5. You don’t see yourself that often

Unless you are in a long-distance relationship, there is no excuse for not seeing yourself regularly.

When a girl really likes a boy, he will find time to be with her.

He will not neglect his friends or his family if his work, but he will always manage to make you a priority.

If he only treats you as a step on his way and if you feel by his behavior that he is only with you because he has nothing better to do, it is because you are that temporary in his life.

6. You cannot get rid of this feeling that something is wrong

In the first months of a relationship, you must be in seventh heaven so happy you are.

But if this feeling that something is missing is assaulting you, don’t ignore it.

In nine out of ten cases, your instinct is not mistaken.

Take a step back and try to understand what is wrong and find out if there is something in his behavior that makes you flinch and urges you to be careful.

His sense of humor is perfect, which is a good thing. But if he makes a joke of everything, it’s worrying and a bad sign.

By staying on the joke, it avoids any real conversation, especially when you assail it with questions.

He refuses to solve or discuss problems – he does his best to make you laugh and, in fact, makes you forget the origin of the problem.

After a while, you will end up being frustrated because you will be unable to make a real connection with him, due to this too much humor.

8. He is totally immature

He is still at the “partying all night, sleeping all day” stage and he never talks about moving on.

He may still be living with his parents and may even embarrass you because of his childish behavior in public.

This immaturity is also often accompanied by emotionality.

This is something that you will spot in his way of avoiding engaging or departing whenever things get complicated or if he thinks only of his needs.

If these kinds of things happen, it’s clear that your relationship is only temporary, because an immature man never engages in anything serious or lasting. He’s not ready for this. 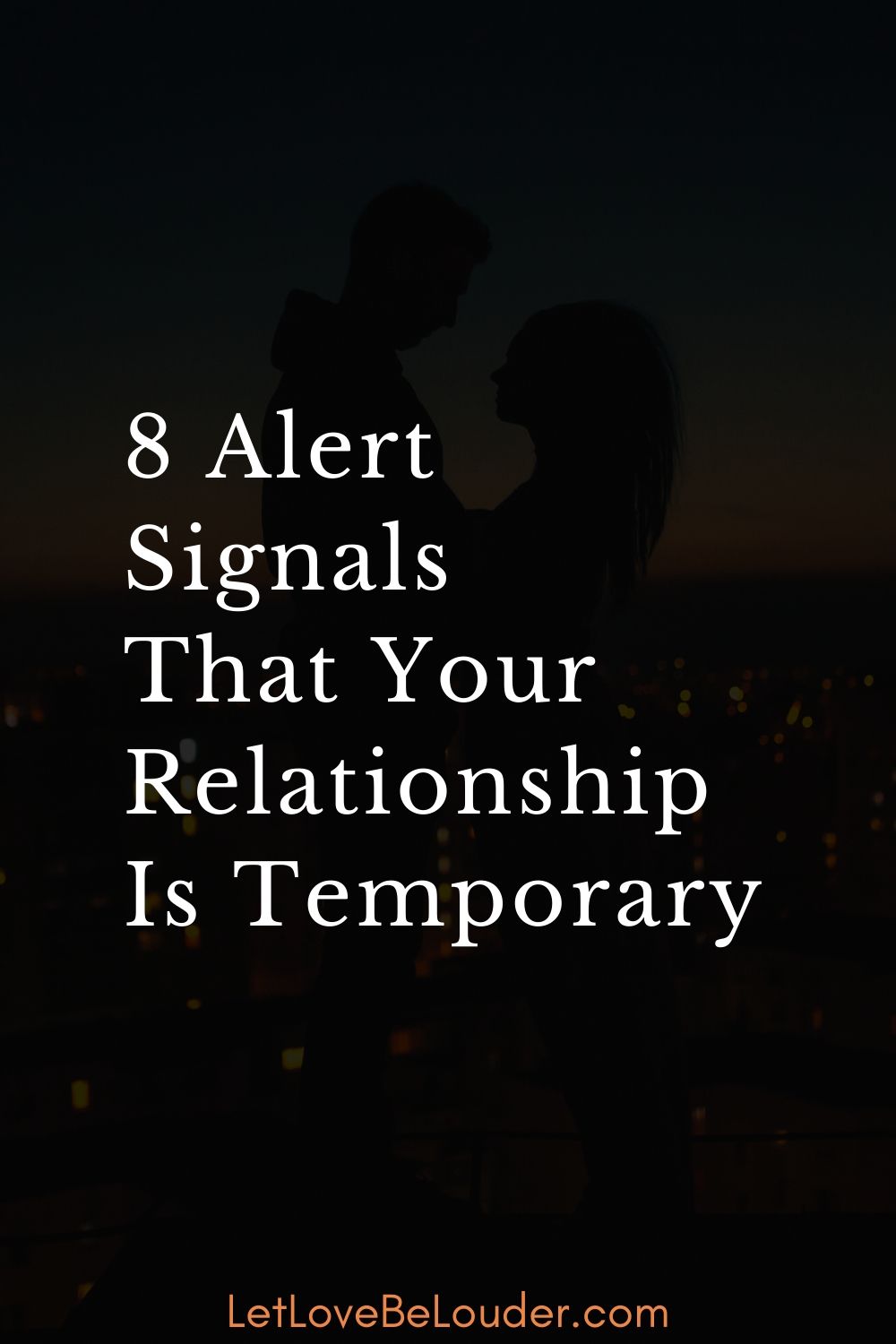