He never sees what it is, why you are upset or how his actions hurt you. All he cares about is freeing yourself from the guilt of mistreating you.

The truth is that no one can know how you feel at times. If he hurts you, he should put himself in your place and think about how he would feel if things were turned around.

Your relationship should make you comfortable enough to express your emotions; however, he does not realize that he has upset you or made you sad. He doesn’t want to see you or hear you cry.

He is looking for a culprit and takes pleasure in seeing your emotions exaggerated, instead of facing the fact that he is the reason why you feel that way.

It’s easier than reassuring you that everything is fine, or – God forbid – asking forgiveness for something he did.

3. “You must have heard wrong, I never said that.”

It will make you doubt your lucidity. He will deny his words to the point where you start to think, “Maybe I really heard it wrong.”

No, there is nothing wrong with your hearing or with your memory, you are just emotionally exhausted and you let it go because you cannot think about it forever.

It’s his way of keeping control over you and distorting reality. And it will only get worse over time!

If he’s the only cause and responsible for your trust issues, if he’s lied to, cheated, or betrayed you in any way, why is he so surprised that you don’t trust him?

Broken trust is not something you can fix overnight. To be honest, it’s hard to fix.

But he is not trying to gain your trust. It is easier to focus on you and your lack of confidence, rather than making a real effort to prove yourself and show that it has changed.

Playing victim is one of the most common manipulation tactics used by toxic people. They know that you are empathetic and that sooner or later you will start to feel sorry for them.

You will hear yourself apologizing, even when you know you are right, because it will have made you feel like you are being unreasonable and that you have hurt him.

He will make you feel like you are a bad person in these situations, while he is innocent in all of it.

When he does something he knows he shouldn’t do – text his ex, say he went somewhere while he was away or lie, he will remember that the attack is the best defense.

He will play a game of guilt. He will remember and amplify all your mistakes from the past.

He will put your ex wishing you a happy birthday on an equal footing, sending him texts to his ex for months, or your little lie with some of his notorious lies.

Not telling the truth, especially when it’s important, is as good as lying.

He will defend himself by telling you that he told you everything about this particular thing, when you asked for it and for him it was not so important and the case went through his mind, etc.

In the end, if he hasn’t told you something that directly affects your relationship, it’s his fault. He will try to manipulate you to make you believe otherwise.

He has no problem falling asleep in the middle of an argument. You may be upset, cry or ask him questions – but he doesn’t care!

He knows very well that you will not be able to fall asleep and that you will probably think about everything that happened, all through the night.

You will be unable to function properly in the morning until you are well rested.

He knows that you will no longer have the energy to continue an argument and that, in all probability, things will not be resolved permanently.

The good guy would reassure you and find a solution to your problem, instead of turning to his side and showing how little he cares about you. 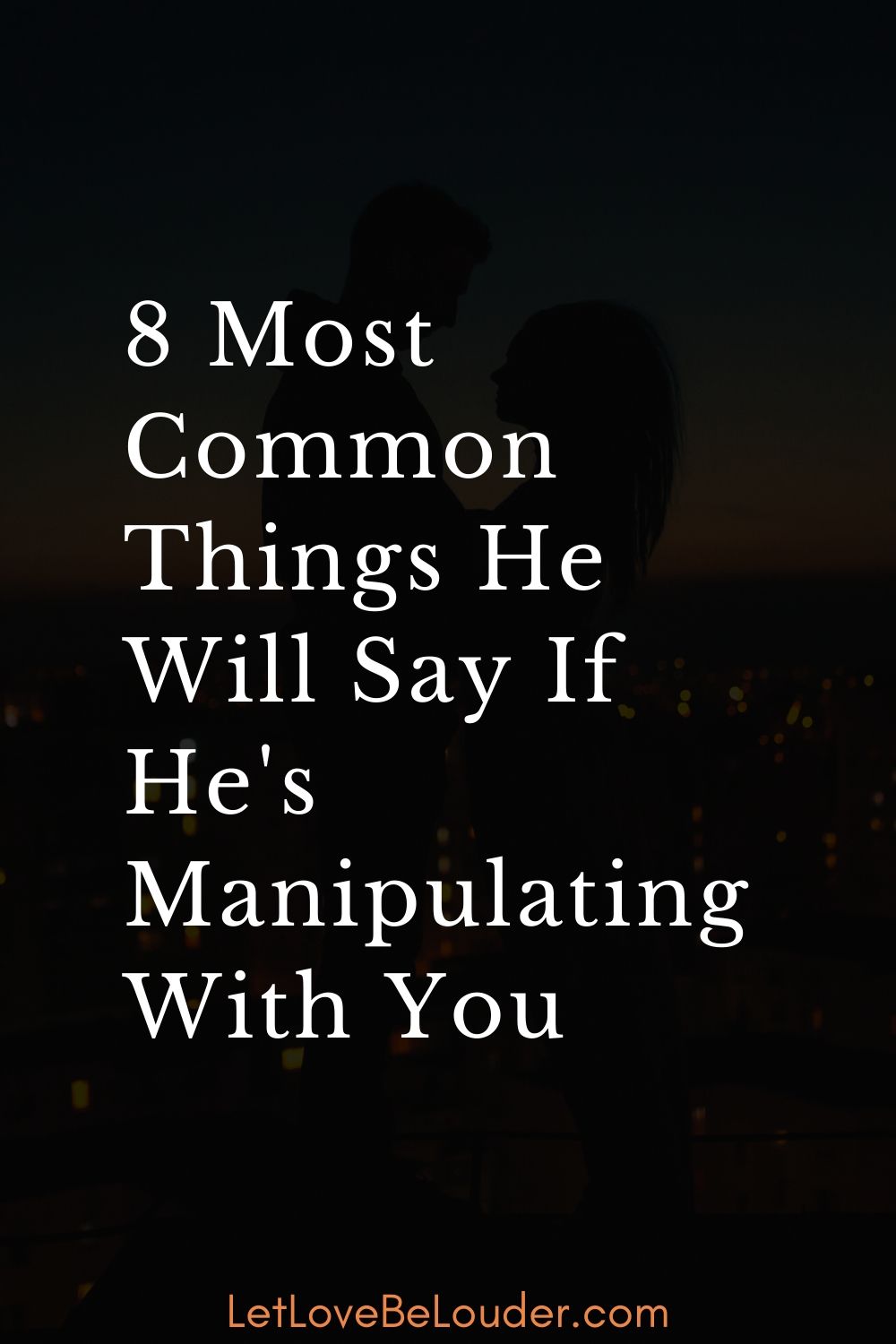