Isn’t every girl’s dream? Wasn’t that all you ever wanted?

So you followed him. So, you agreed to pursue it blindly because it was the ray of sunshine at the end of your dark and lonely tunnel. Who knew he would lead you into the dark instead of leading you out?

He started to scream and get angry for everything he disapproved of or disliked. He wanted to make you dance to the music he was playing.

And you have become. Until you no longer recognize yourself. You were no longer the same person. Little by little, step by step, he assured his way to get there. He corrected you in everything you did.

He made you believe in things that were not true, he made up words and brought them to life, as if they came from you. It was hopeless and you were lost, having nowhere to take refuge, you could just sit there and wait for him to finish you off.

Sometimes you even apologize for things you never did, just to keep him quiet, just to leave you alone. Just to stop listening to her screams.

Each of his cold and cruel words pierced you deep in the heart, like an old rusty but sharp blade.

And it was exactly these hurtful and degrading moments that led you to where you are today, far from it.

Although you felt that you could not support anything anymore, you were not aware that each more toxic movement that it made, was each time, a step forward to move away from him.

Whenever you wanted to leave, he held you back. Whenever you told him he was treating you like shit, he just apologized to keep you quiet, he behaved nicely for a few days, before resuming his habits. As soon as he saw that you were calmed, he became a real asshole again.

You still thought it was going to change.

You knew you fell in love with him for a reason, but you couldn’t remember why. You hoped it would change. You kept telling yourself that it was only a phase and that he was going to get out of it.

You even tried to help him realize that his behavior was bad. All this in vain. These people can change only if they want to. And there’s nothing you can do about it, so the best thing is to not even try. You should have left long ago.

But, it’s okay, since you left. Either way, you’ve found the strength, and a simple goodbye will do the trick. It is a done thing. Now it’s ancient history.

You have found the strength to accept your relationship for what it was: a bunch of harmful lies.

His lies and his games have become unbearable. You just fell for it. And he couldn’t stop there. Not only did he lie to you, but he also deceived you emotionally by making you believe in things that were not true. He manipulated you to do what he wants.

You’ve found the strength to end it all.

You’ve decided you’ve had enough of it tearing you apart.

You have finally found the strength to admit that you deserve better.

You know that life doesn’t last forever, and you’ve finally realized that you could miss the good by enduring the bad. You knew it was time to change that, at any cost. The kind of love you received was not the love you deserved.

You accepted that leaving it would hurt you.

Of course, it would hurt. No matter what he did to you, you got used to being with this person. It has been part of your life for a long time and now it is gone.

Every change is scary, even when it’s for the best. The scariest thing is what happens right after the breakup. You suffer because you are alone, not to mention that he did his best to make you feel rejected and unworthy.

You have found the strength to regain control over your life.

This is the most important thing you had to do: realize that something had to be done. You have realized that you should no longer continue to live like this.

Maybe now you’re going to need help from your friends or family, maybe even professional help.

Anyway, don’t hesitate to ask if you need something. This is only the first step in your new life, but the most important.

Don’t let anyone define and shape you as if you were plasticine. Don’t let anyone make you their work of art, because only you know what you need, what you want, and what you deserve. Never settle for less than that. 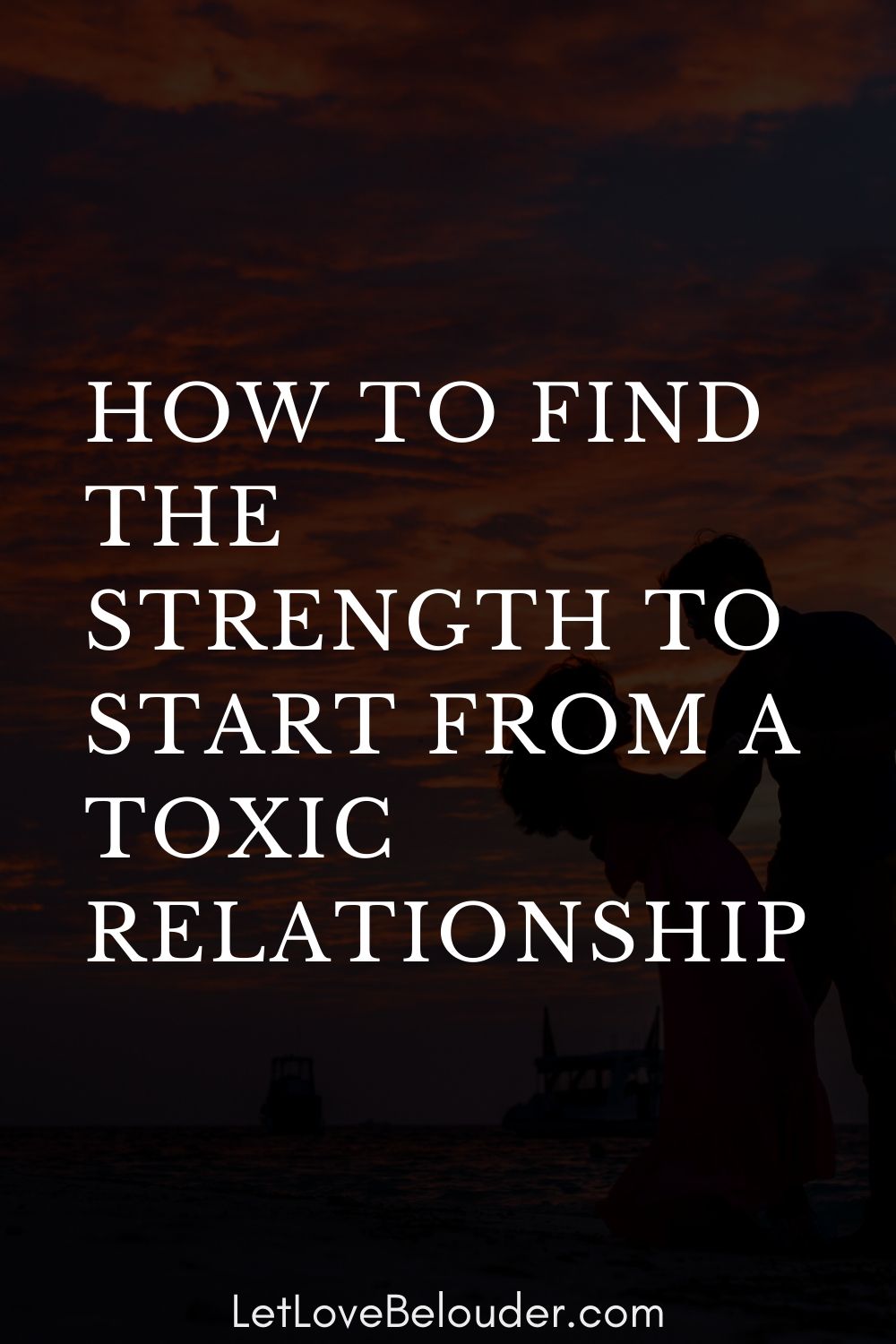