If he’s distant, don’t run after him. This method will not work because it will make it feel too important.

He’ll still behave the way he wants, and it won’t change anything.

He will see that you still care about him and that you don’t want to lose him. As long as he is aware of this, he will continue to bother you because he will know that he can afford it.

Even if he does whatever he wants, it is certain that you will stay by his side anyway.

Change your strategy! Play a little with his head because he’s playing with yours, that’s for sure. He uses your love and you get trapped.

It’s time to change tactics! Become more like him. Let him taste his own medicine. You will see how things will work differently.

Men usually distance themselves because they need space. They have problems to solve and if you chase them you will only make things worse.

If he wants space, give him some. Leave him alone and don’t bother calling him or asking him where he was.

I know it’s hard to keep your cool, but it’s a win-win situation anyway. Why? Because if you let it take up space, there are two possible scenarios that can happen.

The first is that he will solve all that bothered him and that he will come back. And the second is that he will see that you ignore him, and if he cares at least a little for you, he will not be able to bear it, and he who will chase you.

You see, you cannot lose in this situation. You just have to play the game intelligently. I’m not saying you should play psychological games and use it.

You just have to teach him the lesson and show him what you are willing to tolerate and what you will not be able to accept.

The only mistake you should never make

It is normal for you to feel rejected and hurt if he wants space, since he wants to get away from you. You will feel abandoned and who would like that in a relationship?

Many women will make this mistake because their instinct will come into play. You hurt me and now I want revenge.

If you really want him to come back to you, don’t try to punish him for asking for space, don’t try to take revenge because you’re only going to push him away.

How do you make sure you miss him after you’ve gone away?

You shouldn’t get ahead of it because you could do something rash, something you will regret later.

Try to be alone for a while and let the emotions calm down.

Take the time to feel your injuries. Absorb your pain and release it.

Once you get him out of the way, you can start planning how to make him understand that he needs you and he can’t live without you.

If he needs space, leave him. Basically, you have to stop worrying about him.

Of course you can’t do it, but you can at least pretend that you don’t really care anymore. Act as if it doesn’t interest you so much anymore.

If he doesn’t care and he does this just to see your reaction, he will see that you are indifferent.

And if he really needs space to settle things, you will show him that you did what he wanted by letting him face alone what is bothering him.

Social media can be one of your most powerful weapons. What you should definitely not do is post heartbreaking songs and renew your status every ten minutes.

You can post photos with other men, but that is not the way to go either.

Because it risks causing unhealthy jealousy, and to be honest, these manipulation methods are always very harmful, whatever the situation.

Keep your wall positive because once your plan has worked, you will really feel that way.

Show him that you are not devastated and that your life continues even if he is not there.

It will touch him and cause the feelings you want him to feel. You will miss him and he will realize that he made a stupid mistake.

4. Spend more time with your friends

Go out with your friends. Just have fun and try not to think about him. Try to clear it from your memory to relieve the pressure.

Relax and forget it for a few hours. You should go out and have a few drinks.

Going to a concert, you unleash a little. Show him that you can have fun and enjoy life without him.

It is not the center of your universe (at least it should not be) and you must make it aware of it.

5. Restore yourself if you come across him

You should know that you cannot predict when you will see it – and that moment will certainly come. Prepare to meet him during one of your worst moments.

Like for example one morning, on the way home, still drunk the day before, or with your glasses and greasy hair tied in a completely neglected bun.

Take control! And above all, don’t panic. Act as if nothing had happened.

Do not panic because you look like shit, but try to show him that you don’t care about your appearance and that you tear anyway because you would be beautiful even wearing a garbage bag!

Look friendly and show him that you are happy to have met him because you have not seen him for a while.

Stay cool and completely Zen. Chat a little with him and ask him how he is.

Don’t let his energy affect you or he will feel it and then you will get nothing. 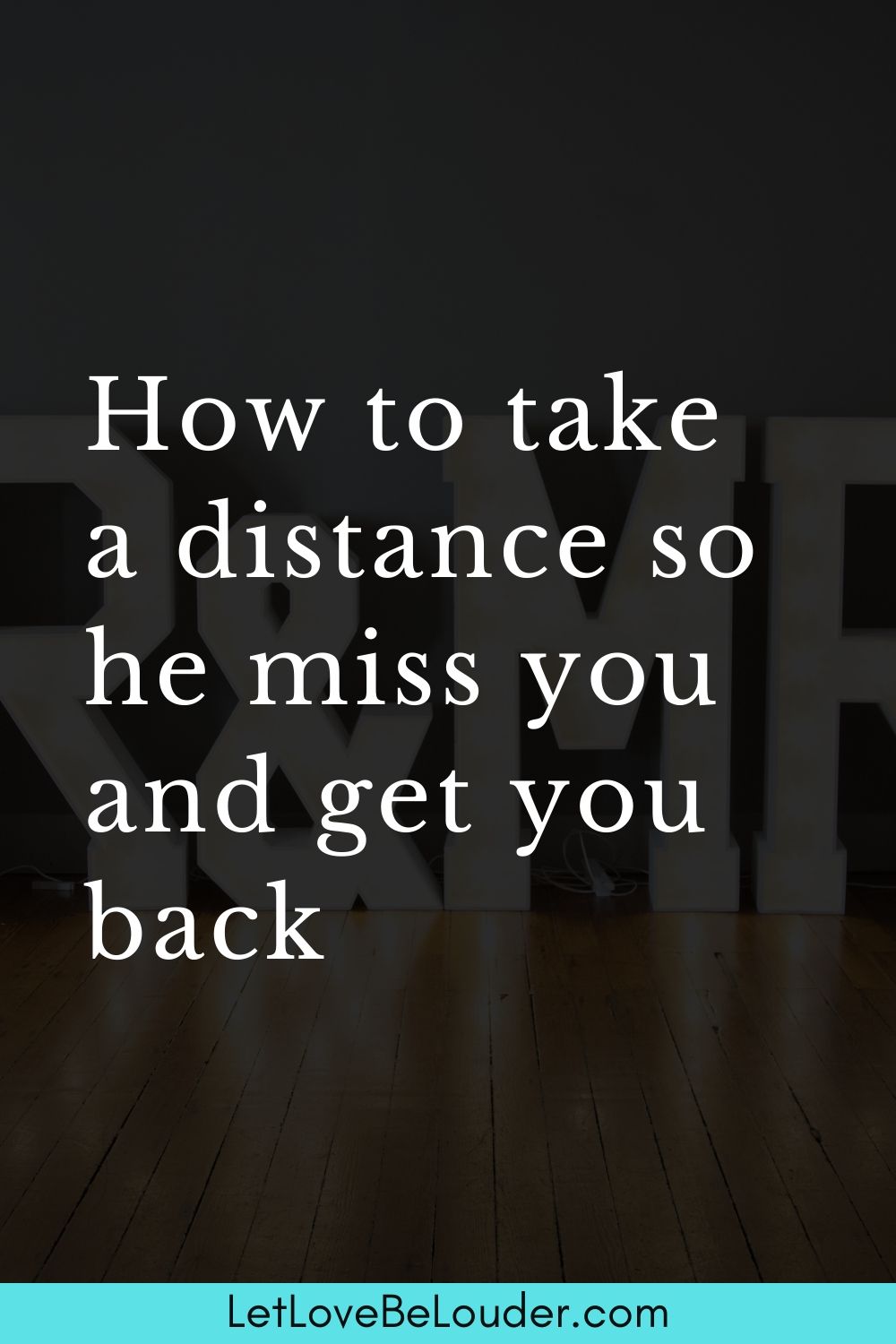