She’s a girl who got stuck somewhere between her strong mind and her fragile heart. She strives to be strong all the time.

She is even surprised to see how hard and sometimes fearful she can sometimes be. But his heart is vulnerable and can be injured very easily.

You see, a girl with a strong mind and a fragile heart is someone who is complex. There is always more below the surface than it seems.

People judge her because she is too direct, she has a big mouth and she has very strong opinions, when in reality, she just thinks that it is better to be open and honest than to turn around the pot.

She prefers sincerity. Even when it comes to her, she is able to bear the whole truth. However, people around her do not always do this easily.

She is strong about everything except him. He is his weak point. It is his Achilles heel.

He has managed to see through its solid facade and he knows that it has a big heart underneath. He knows that this heart melts when it is in his arms and he uses it against her.

Whenever she sees it, she forgets everything she meant. Yet she had prepared a whole speech in her head.

She had decided to play hard and tell him everything, but as soon as he entered the room, it was the black hole.

When he kisses her, she hears her heartbeat and it calms her strong temper. Her kisses seal her lips and she loses her power to speak.

She forgives him for the lack of attention and affection. She forgives him everything. He doesn’t even have to apologize. The fact that he is there, becomes enough for her to forgive him.

When he leaves, she is upset because she did not succeed in his intention to tell him what she wanted. Tell him how much his behavior hurts him.

Tell her that she didn’t close the night’s eye because tears ran down her face. This feeling of loneliness, having it and not having it at the same time, haunts her thoughts.

When it comes to him, it’s his heart that wins against his mind. But in these lonely nights, she realizes that this is something that she will have to change. She will have to put her feelings aside and speak openly and honestly with him as she does with the rest of the world.

She knows she deserves better. She knows she is destined to be number one on someone’s list. The first thought of a person in the morning, and their last thought before falling asleep.

She knows she is worthy of someone who will go the extra mile for her, as she would for him.

She knows that he should be her strength, not her weakness. She knows it all too well, and it’s only a matter of time before her mind trumps her feelings. She wants love, respect, and happiness, and that’s what she’s going to tell him.

If he is not able to give her these things, she will go away. She wants to have it all! And it is not made for half love or halfway engagements.

She will no longer be able to live in this uncertainty for very long. Soon, she will have reached all her limits. She will have to demand to be treated properly, and if she does not get it, she will leave, even if it breaks her heart.

You see, even if his strong spirit and sweetheart are completely opposite, they complement each other. His powerful spirit will help him heal his fragile heart in case it breaks. 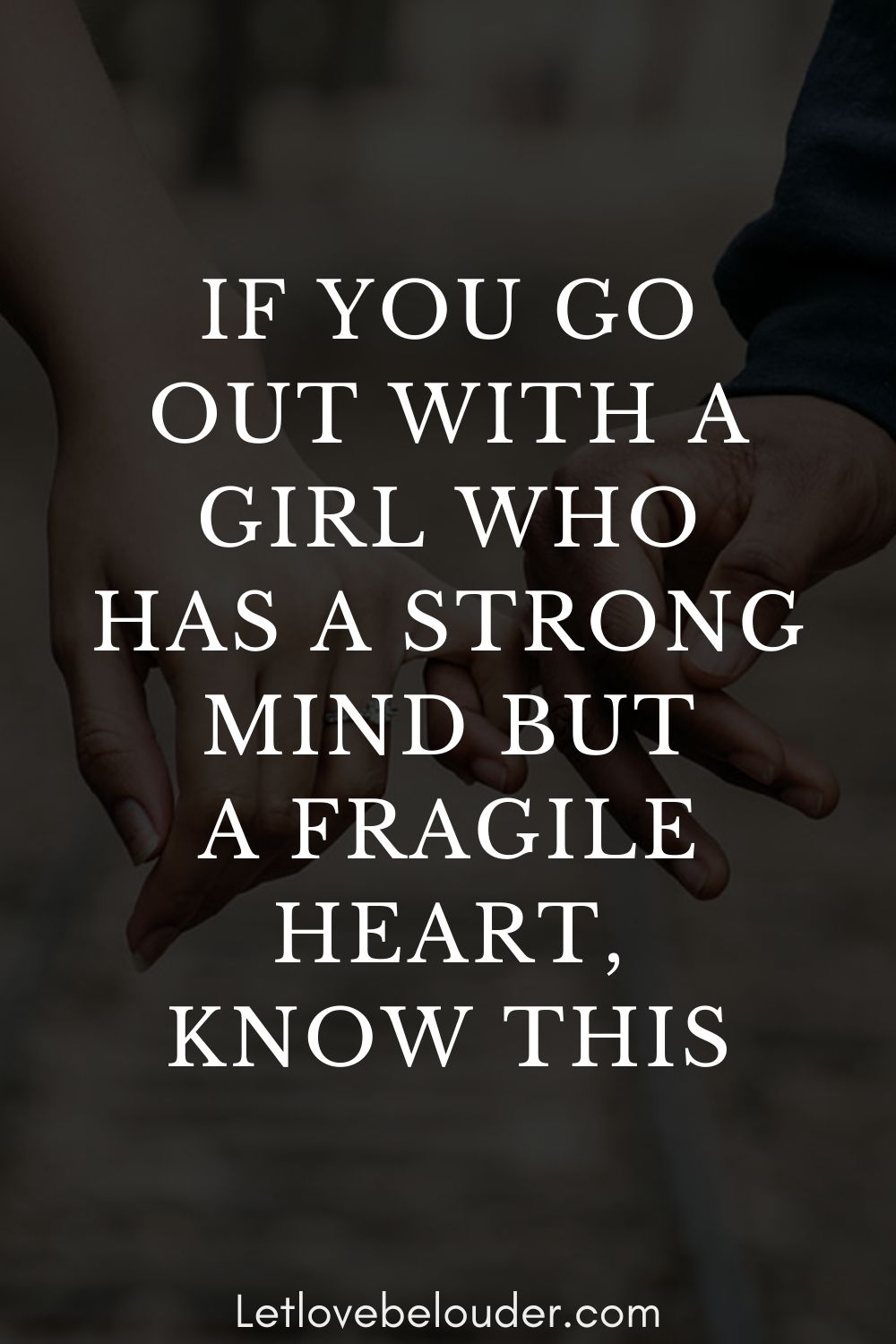