An ex is an ex for good reason. But that doesn’t mean he feels the same.

When a boy breaks up with a girl, sometimes he realizes that she was extraordinary and wants to get her back. This type of state of mind helping, he will do everything he can to win her back. And when I say everything, that’s really all.

But I hope you will be smart enough and not come back to him, because of a dozen red roses or a stupid love quote found online.

Remember that you are the priority and never let him take advantage of you again. So here are the things you should never do, if you want to avoid more tears.

1. When he writes to you, don’t answer him immediately

If you answer him immediately, he will think that he still occupies an important place in your life. He may be, but he doesn’t need to know. Let it marinate a bit.

Go to social media and post, let them see that you are online but do not respond to their messages. By doing so, you will let him know that he is not as important as he thought and he will only want you more.

Who knows, if he starts behaving like an adult rather than an idiot, maybe you will give him a second chance.

2. Don’t ask him questions right away

If you ask him questions right away, he will think that his life interests you. Let him be the one asking the questions. You must answer it with simple “yes” or “no”.

It will drive him mad and he will blame himself for having subjected you to everything he has subjected you to. He deserves the method of silence and it is the only thing he will get from you. And if he writes to you after midnight, it will allow you to understand what he really has in mind.

He only sees you as an evening blow, because he has nothing to lose. A real bastard, right?

3. Remember why you broke up with him

Did he cheat on you? Did he neglect you? Was he violent? Remember all the reasons that led you to leave it in the first place. I bet you will quickly change your mind and drop your phone.

Once you have chosen yourself, rather than choosing it, you will be much happier. And not responding to it is one of the first steps to that end.

4. Don’t take what he says personally

I know it has been very important in your life, but that doesn’t give him the right to hurt you. He never had such a right. So whatever you do, don’t take what he says personally.

If he was happy, he would not write to you again. It is a sign that he is just pretending and has realized how exceptional you were.

5. Don’t think about getting back with him

Whatever he says, as much as he tries to trap you, don’t get back with him. By putting yourself back with him, you will only give him one more opportunity to destroy you, something he had not succeeded the first time.

If he didn’t see your value the first time, he doesn’t deserve a second chance. Respect yourself, tell him to give up and go in search of the happiness you really deserve. 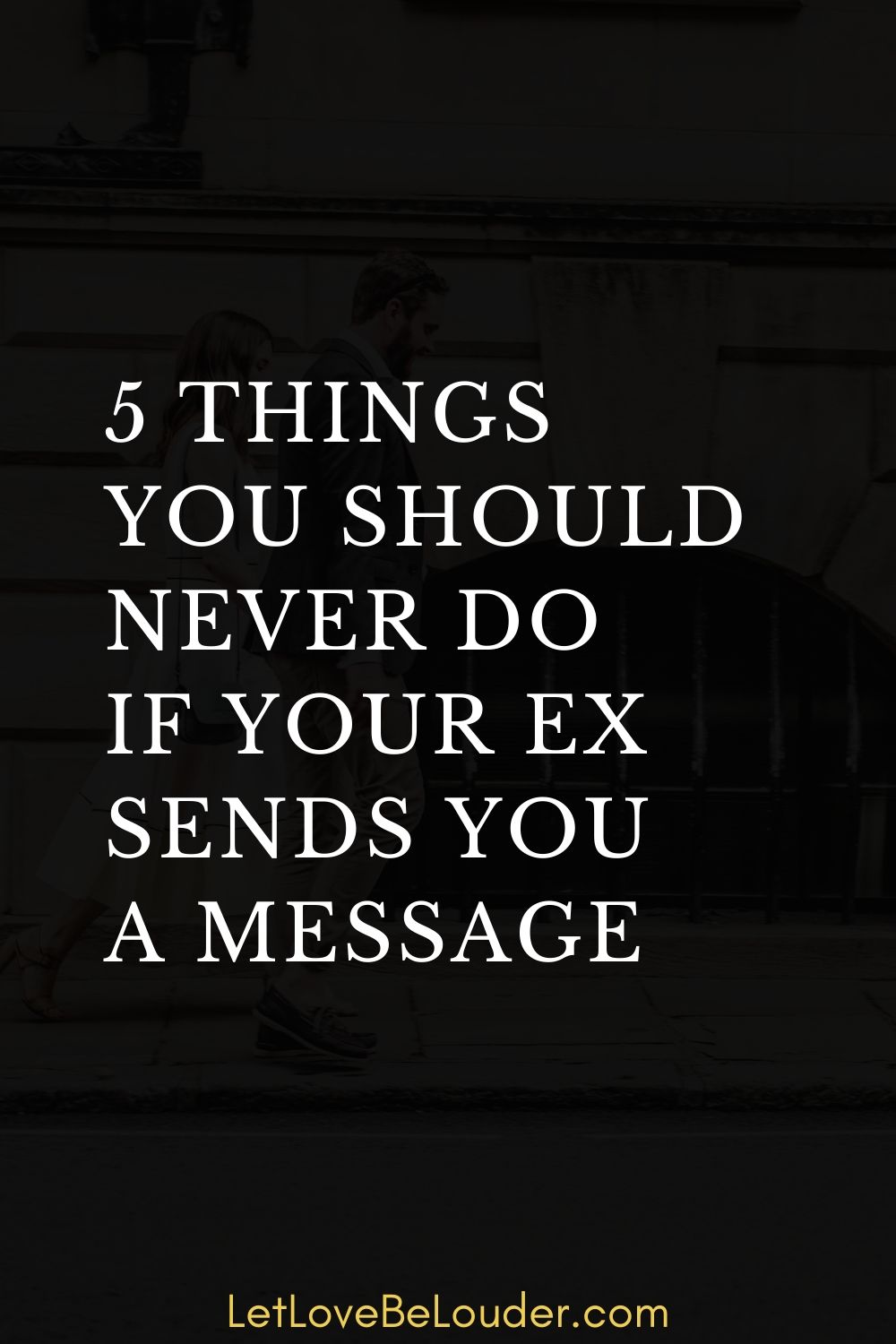