Narcissists have something pretty compelling, something that sucks and consumes you – like a black hole.

They charm you with their perfect attitudes and their gestures to damn themselves. After they have bewitched you, they are ready to attack. And it is only there that they reveal their true faces – when it is too late and too difficult to escape.

They shatter your feelings and then get rid of them, leaving you completely destroyed.

So the question is: why are these two types of personalities, narcissists and empaths, so attracted to each other?

Perhaps it is because of the sensitivity of empaths, who make them the preferred targets of these emotional vampires that are narcissists – their positive energy, from which they can feed attracts narcissists. Perhaps it is also just a means of restoring the balance of the universe.

Empaths tend to care about and heal others. They cannot help turning evil into good. And it is for this reason that they are attracted to narcissists – they want to help and cure them. The problem is, the only thing they can do is hurt themselves.

But the most important thing, which empaths need to realize, is that they can never really cure a narcissist or stop their psychological manipulations. Healing can only come from the narcissists themselves.

There are two main types of narcissists: the vulnerable and the invulnerable

Vulnerable narcissists are basically very sensitive and fragile. Their greatest fears are those of abandonment and rejection. As a result, they will do their utmost to preserve it. They will put on their masks in the hope of becoming someone they idolize. And by doing so, they will no longer have any empathy for others. They will become the only thing of importance to them. They are unable to show love and affection for others.

Their biggest weapon in front of you is the games they play. One of the games that narcissists play is called emotional manipulation. They use all the means at their disposal to corner you. They will make you believe in things that are false or do not exist.

Invulnerable narcissists are those that we bring closer to the traditional image of the narcissist – the one we all see when we imagine ourselves a narcissist. That is to say, a person who has great self-confidence and cares only about herself. They are looking for power and glory. They do not idolize anyone except themselves. Their biggest problem is that they think they are Gods and think they are superior to all.

These two main types of narcissistic personalities can be re-divided into several sub-categories: lovers, compensators, elitists and cruel.

Narcissists in love are generally “diamond-eaters” and seriously stuffed with hearts. They will use you to get what they want and need, that is, money and s**x. Once you get them and give them what they want, they’ll start to tire of you and throw you as less than nothing – with the slightest regard for your feelings.

They are overly confident and generally attractive, but are just empty shells – superficial. The only thing they want is to meet their needs.

Compensatory narcissists are very good liars. They need to compensate for all the things they have not achieved, so they lie about their accomplishments and present themselves as much more than they really are. The problem is that they lie so well that it is impossible to see clearly in their game.

Generally, they attack emotionally unstable people, who use them to boost their ego. These people will be the ones in charge of admiring their false successes. This type of narcissist does not support criticism and this is one of the reasons why, they psychologically abuse those who are unstable, to push them to ‘support’ them.

Elitist narcissists are convinced they are the best, although their past successes say otherwise. They have no real reason to think they are better than the others, but believe it in spite of everything.

They need to boast and show off their intellect, to showcase their superiority. And the worst part is that they are gifted and do it very well.

Cruel narcissists are on the verge of psychopathy. They have no notion of good and evil. They will literally do whatever they feel like doing and will not feel any remorse.

They are extremely arrogant and suffer from a superiority complex, thinking that they are the only ones who matter and that they are superior to everyone else.

As an empath, there are people you need to watch out for. Better to spot them from the start than to enter the dangerous and vicious circle into which they want to lure you – once you are in their hands. 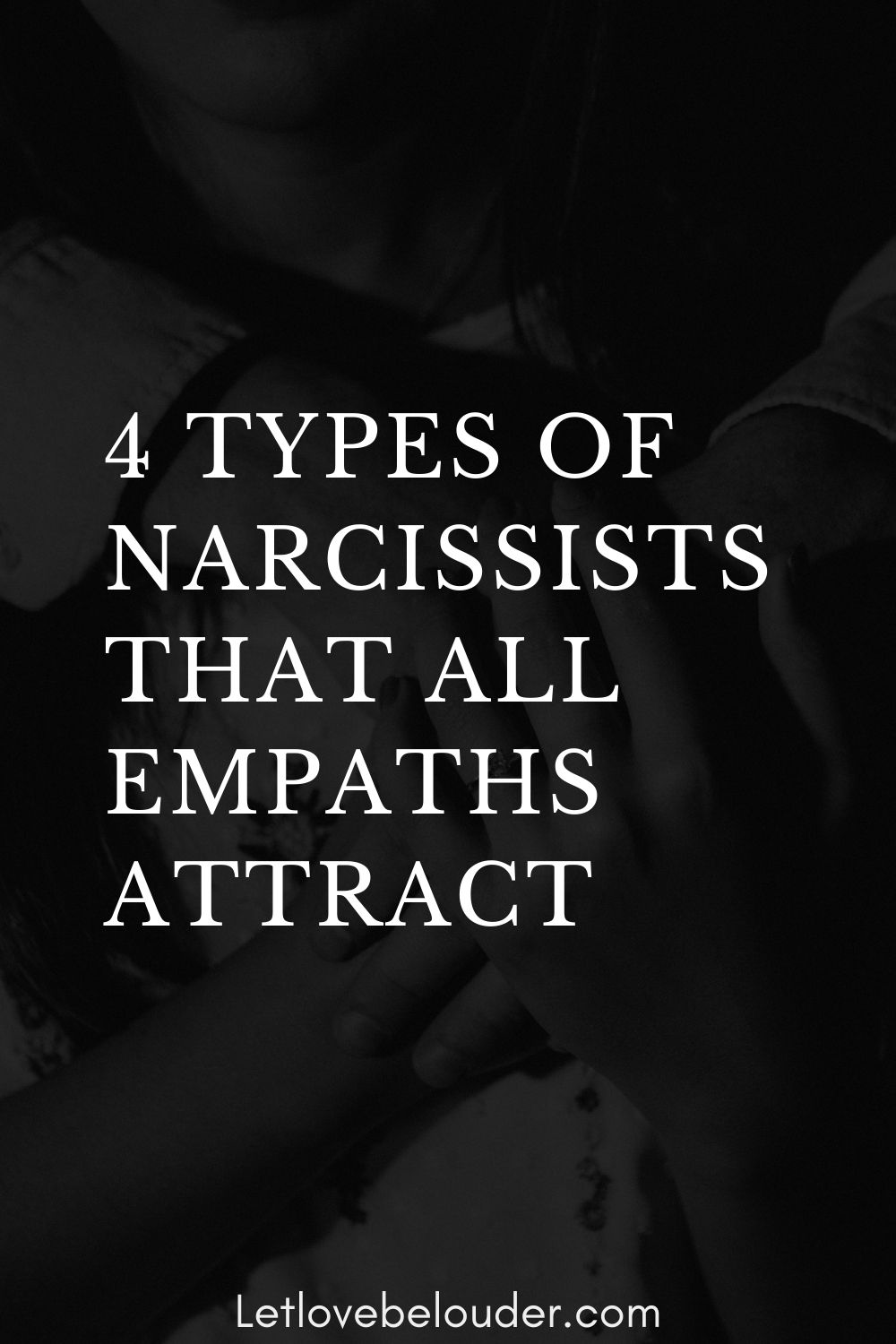