Women have a hard time coping with reality. Women are too romantic; they watch too many love movies.

They have their heads in the clouds and expect the impossible from men who are just trying to be realistic.

Men portray their downright pathetic intentions towards women as if it were the only reality.

Their “glass is neither half-full nor half empty” side of life.

In this story, the woman’s need to be loved and respected fully and in the most sincere way is a glass so full that it begins to overflow.

The only way for men to consider doing the most reasonable things possible is to do everything in their own way and with all the power, without ever really taking into account feelings and woman’s views.

Take the example of when he is sick.

Conversely, when you are sick, it sends a message asking if you are well.

At best, it sends two. And you, you are happy that he thought of checking how you are doing.

Another example, you’ve just had two hours of cooking to make him his favorite dish, and he’s late for dinner. He claims he couldn’t get there on time, and hey, you tell him it’s okay.

Your darling has just cooked (already has to happen, right?), And you are late for dinner (which is out of the question, because you would be too grateful that he would do something for you, but hey let’s say you’re late).

Yet you really have a good explanation, but it still makes a scene for you.

Whatever he does for you, you have to praise him for it, and go out of your way to show him your gratitude, whereas you, when you do something for him, it just makes sense and heard..

If you really think about it, you will realize that you always take into account his needs and wishes, while he hardly ever takes even your own consideration.

The question that needs to be asked is this: would your relationship work if it was the other way around?

Could he handle being in the background while you’re in the spotlight?

Could he bear coming home from work and want to talk about something boring or bad that happened to him during the day, and you pretend to listen to him while watching a game?

Could he bear the fact that he sent you ten texts and that you did not answer any of the ten, and that after he once mentioned it, you find him a phony excuse?

Could he bear to not know where you are all night or who you spend all your time with, and that you simply tell him that it is none of his business to know where, how and with whom you spend your free time?

Well, I will tell you right away, he would not even support the story of a second!

The truth is, men could never endure the same reality that women face every day.

Men claim that they are strong and dominant.

They claim that they don’t need anyone and that they’re not the type to whine for nothing.

They make sure to let you know that you are too emotional, too domineering, and that you control things too much, when it’s supposedly just right.

He just could never, never do like you. In fact, you expect too much from him.

The whole situation could not be more absurd than it already is.

Honestly, if you ever wanted to treat him the way he treated you, he would be so, so much worse than you.

He thinks he’s so perfect, when in reality, with everything you do for him, it’s easy to be satisfied.

He doesn’t know that if he was kinder, more attentive and more considerate, you would feel much better.

If he at least respected what you say and do, the same way you respect everything he does, you would be so much more fulfilled and it would be him who would feel broken.

It is a generally accepted and widely accepted idea that women fail to face reality.

And yet, I wonder if the reality that you offer your man is just as nasty as the one he gives you and would he be able to face it if you did exactly like him?

I promise you it would be much worse than you.

Would the same rules still apply if you pretended to be a man for a day and treated him the same way he treated you?

I guarantee you won’t.

I guess it is simple to face a reality that is simple, but to face the realities that men serve women would be impossible for them.

Keep this in mind the next time he tells you that you are “needy.”

Keep that in mind the next time he doesn’t even try to meet your needs.

Keep this in mind and you will finally realize that it can, but it will never, never be as strong as you. 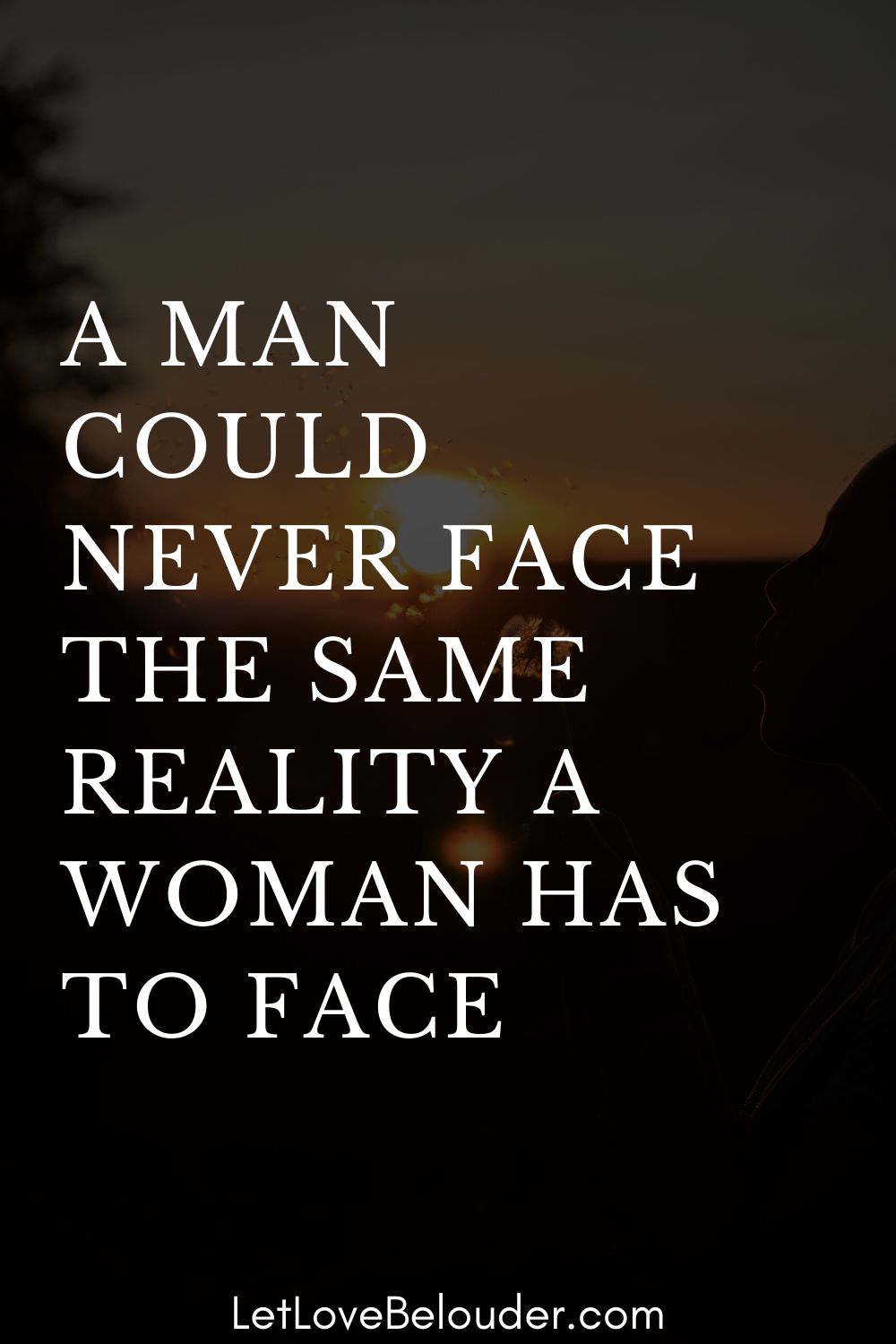