Independence doesn’t mean I want to live on my own for the rest of my life and on my own.

This does not mean that I cannot “give time” to someone in my life, as some fear. Yes, my life is gloriously full and I want a relationship. Sadly, many of the men I dated didn’t understand how this works.

I haven’t always been a strong, independent woman. I became autonomous mainly by default. Before my divorce, I was more of a follower than a leader, more passive than active.

Now I am independent, I pay my bills, I am a single mom and I make a living. When I separated from my husband, I didn’t know how many responsibilities I was going to take on. But I won my independence through sweat and tears.

15 things to know when dating a very independent woman

1. She never sits waiting for your call. She has too much to do outside of her love life.

2. Instead, she’s confident enough that she knows you’ll call her if you like her. And if you don’t, she’ll find someone else to be happier with.

3. Also, if she likes you and wants to talk to you, she will call when she wants to. She has a busy life, but if she loves you enough, she won’t hesitate to use any of her rare spare moments to talk to you.

4. If you have trouble scheduling a date and determining a time repeatedly, she will get over it quickly. There are a lot of other fish in the sea and she won’t waste energy on someone canceling all the time.

5. She knows that being self-reliant and independent doesn’t mean she lacks emotions or feelings. It just means that she has a very hectic life and that she isn’t afraid to reject someone who only brings negativity or nothing good into her life.

7.… And when she thinks she has found that person, she is also ready to offer support and encouragement.

9. All she needs is to feel good about herself, know how to support herself, and have passions, interests and plans outside of her dating life.

10.… But she’s not against going out with someone. She doesn’t hate men. Besides, she loves romance and wants to find someone with whom to share her life. She just knows how to balance that with other things in order to feel fulfilled and happy.

11. She is not interested in drama. Maybe she did at one point, as drama is a natural part of adolescence and childhood. But at this point in her life, she doesn’t need the theater.

12. She is also happy to spend a sleepover with you as well as going out for a nice dinner. If she likes you, she doesn’t care what she should do or what kind of date she should have. She’ll do whatever she wants, because as long as she’s having fun with you, it doesn’t matter.

13. She won’t harass you, but she expects you to always do your best.

15. She doesn’t think she’s always right, but feels free to have her own opinions. She knows she makes mistakes, but she won’t apologize for having something to say.

Finally, the relationship between two independent people is rich. They respect and learn from each other.

They join forces to form a strong couple. For me, this is definitely what an independent woman wants 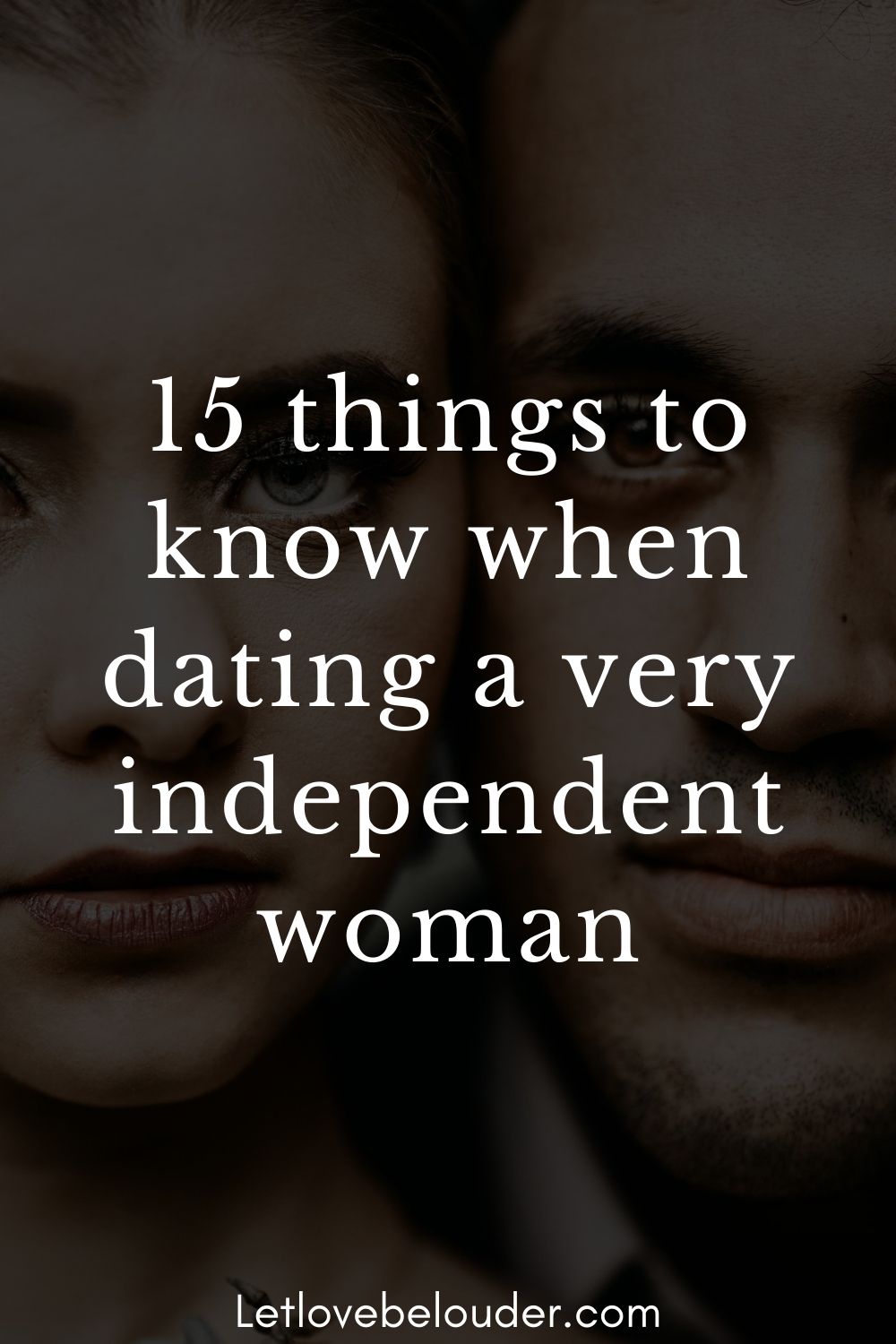