Many women are emotionally open.

It is considered quite normal for them to have long, intense, and in-depth conversations about their life. Usually, women are comfortable discussing just about any topic.

On the other hand, men often seem quite the opposite. They can feel free to talk about various areas of their life. But in general, they don’t feel as comfortable talking about emotional, mental, and spiritual issues.

Women communicate openly all their lives. And the majority of them feel relaxed during deeply emotional conversations. But since men did not grow up with the same social conditioning, emotional engagement may seem foreign to them.

This is why this je ne sais quoi, indefinable but integral, is so lacking in the majority of male / female dynamics.

To truly seduce a woman, it is imperative that the man focuses his attention on his heart and mind. A heart/soul connection is essential for successful relationships. The only thing women find wildly irresistible is sheer “vulnerability”. And yet, it is a really rare thing to find.

They just don’t know what it means to be a vulnerable man or how to do it.

To women, there is nothing more attractive than a man brave enough to speak up and act honestly.

Women do not want to force or coerce men to express their deepest thoughts, feelings, and emotions. And many men are puzzled as to why women want to have these conversations.

Emotional intimacy, for many women, is the most intoxicating foreplay they could wish for. It arouses attraction and intensity stoking more passion, but it also invites a higher level of connection and love.

While vulnerability may seem like a feminine trait to some, it shows incredible strength and depth. It’s a rare warrior quality that only the most masculine men seem to possess. When men are vulnerable and genuine, women understand and feel their energy.

Being a vulnerable man is an extremely powerful, sensual, and attractive quality.

Women are aware of the fact that we have lived for a long time in a culture that values ​​“strong men” who do not let women enter their inner life. But times have changed and the feminine energy needs this masculine energy.

The vulnerability is overwhelming, and by simply diving into the depths and untangling the multitude of layers that men have wrapped around them, they can achieve a magnetism that literally subjugates the minds of women and has the ability to open their minds. soul.

As soon as the men begin to break their armor, the women will not be able to help but find them mysterious and intriguing. And they will want to know more. Too few men are willing to open their protective shells built after years of trying to cover up their emotions.

This is why they can feel strange and unfamiliar when they meet a woman who wants to know them more deeply. Men can avoid this type of relationship or even lie to protect their loving hearts. It’s almost like they’re ashamed of it.

Men are afraid of the eyes of others

Men can also feel judged or criticized for expressing who they are on the inside and for expressing their true feelings. Perhaps this is because other men don’t have these conversations. For many, showing emotions and feelings is a sign of weakness.

A man in touch with his emotions is almost every woman’s dream, whether it is a friend, lover, husband, colleague, or a random stranger with whom it is possible to converse on the train.

Being a vulnerable man can be uncomfortable

The vulnerability can seem complex and uncomfortable, but it really isn’t that difficult. It’s about accepting yourself, speaking your truth, being emotionally available, and being willing to be open and honest. It’s also about having enough authenticity and integrity to share your world without a shield.

When vulnerability comes from a place of emotional and mental strength and mental stability, it shows others that you are not afraid of who you are. In short, being vulnerable is risky, which makes a man as powerful as he is attractive. It’s the elusive, magical ingredient that shows you to be a real and perfectly imperfect human being. And it’s something that virtually all women, consciously or unconsciously, seek out in a relationship.

A woman wants to be intimate and understand the man she is with, and she also wants to share parts of herself. Diving deep into the soul is one of the most important ways to make a woman feel loved. And at the same time, it activates all of his senses. 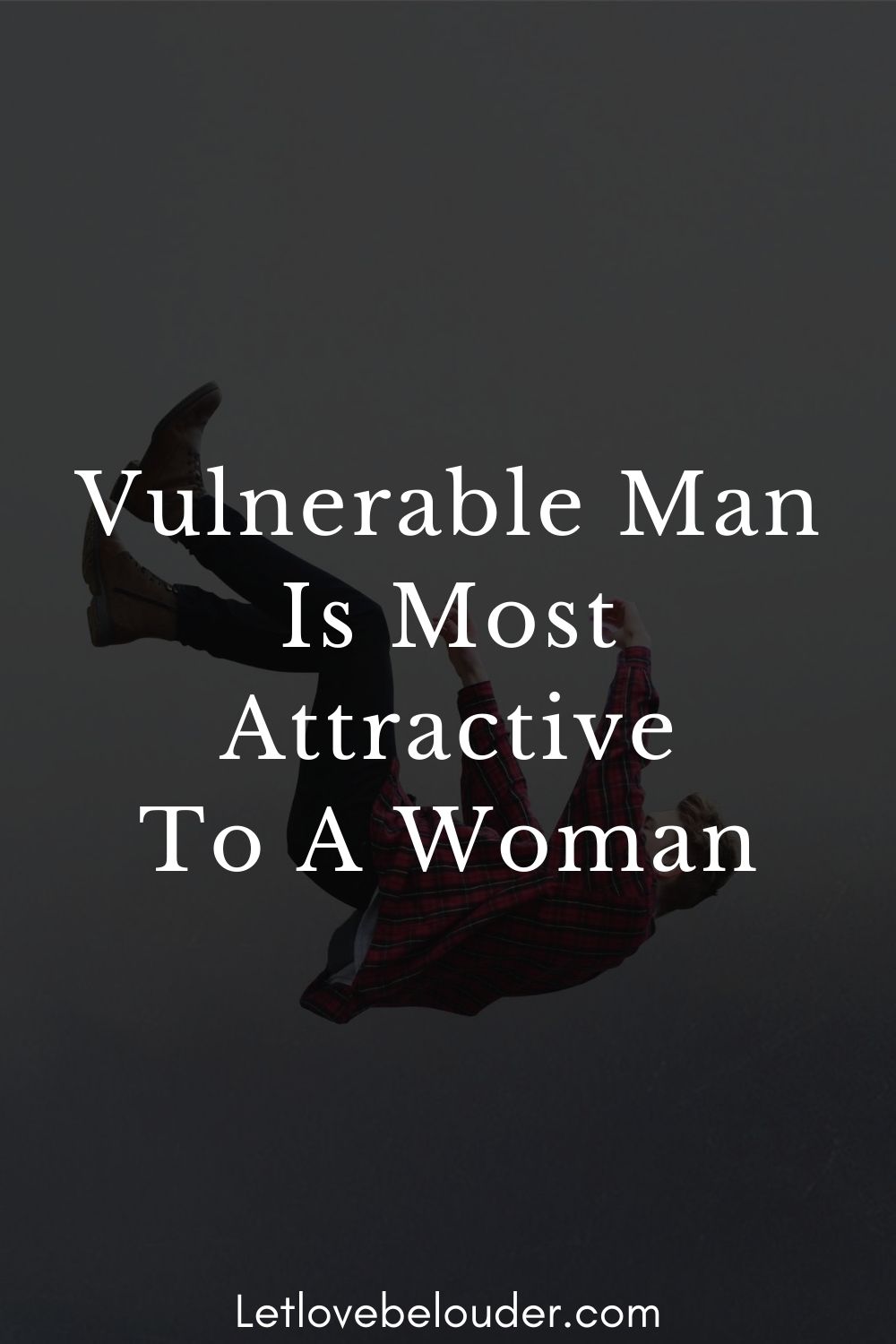