Many people know that most of their conception of women comes from the first woman they interacted with, their mother.

This defining relationship changes over time. Children normalize the behaviors they see daily and are impacted by the conflicts they overcome and resolve. In addition, their relationship with their mother can have lasting effects on them.

Certain signs make it possible to predict the possible behaviors that a man will adopt in a romantic relationship. And you can see these signs in the way he treats his mother.

He grew up with a caring mother

Men who grew up with a mother who gave a lot of love, kindness, care, affection, and respect will learn to offer the same things to their partner. If your man is used to having very close and loving relationships with his mother, it will be much easier for him to develop the same kind of love relationship.

With men who grew up with a strong and respectful woman, you will get all the respect you deserve. The only possible downside to hanging out with men who have developed a close attachment to their mothers is that they may have a slight tendency to be “mum’s”.

By mum’s son we mean someone who has trouble saying “no” to his mother and/or who constantly needs to ask his mother for advice.

If you’re in this situation, you’ll need to talk to him, but if he ends up respecting and appreciating you as a partner, their relationship shouldn’t be a problem.

If he is not very close to his mother

Men who grew up with a mother who did not show much affection and who did not regularly show her love, will tend to grow up struggling to be open in romantic relationships. They will always have respect for women and will be able to form friendships with them. However, whenever things get serious or the woman asks for a commitment, they will tend to get scared and create problems in ending the relationship.

These men were not used to receiving affection or love from their mother. So, if you are dating someone who is not that close to their mom, you might find it a bit difficult to get them to open up to you, be vulnerable, and engage emotionally.

You may even have to prove your love to them because they can also lack self-esteem and self-confidence. It is not impossible to get the men who have grown up this way to learn to love and to receive love. It will just take a little more work on your part.

Men who grew up with a mother who showed no form of love (or who abused her child) will grow up disrespecting women. And they will do everything in their power to make them suffer. They develop the perception that not all women are good and only cause pain, as this is what they learned from their mothers growing up.

You might think that you like him because you see the potential he has to be a great partner. However, in reality, you will hurt yourself over and over again, because he just doesn’t know how to love you the way you deserve. It is very difficult for these men to learn to love because they were deprived of love while growing up.

You can’t give what you haven’t received after all.

If you are dating a man like this, know that you cannot change him because he has to learn on his own to make peace with the past, his childhood, and the mother who made him suffer so much growing up. You cannot give him what his mother should have given him and that is not your role. 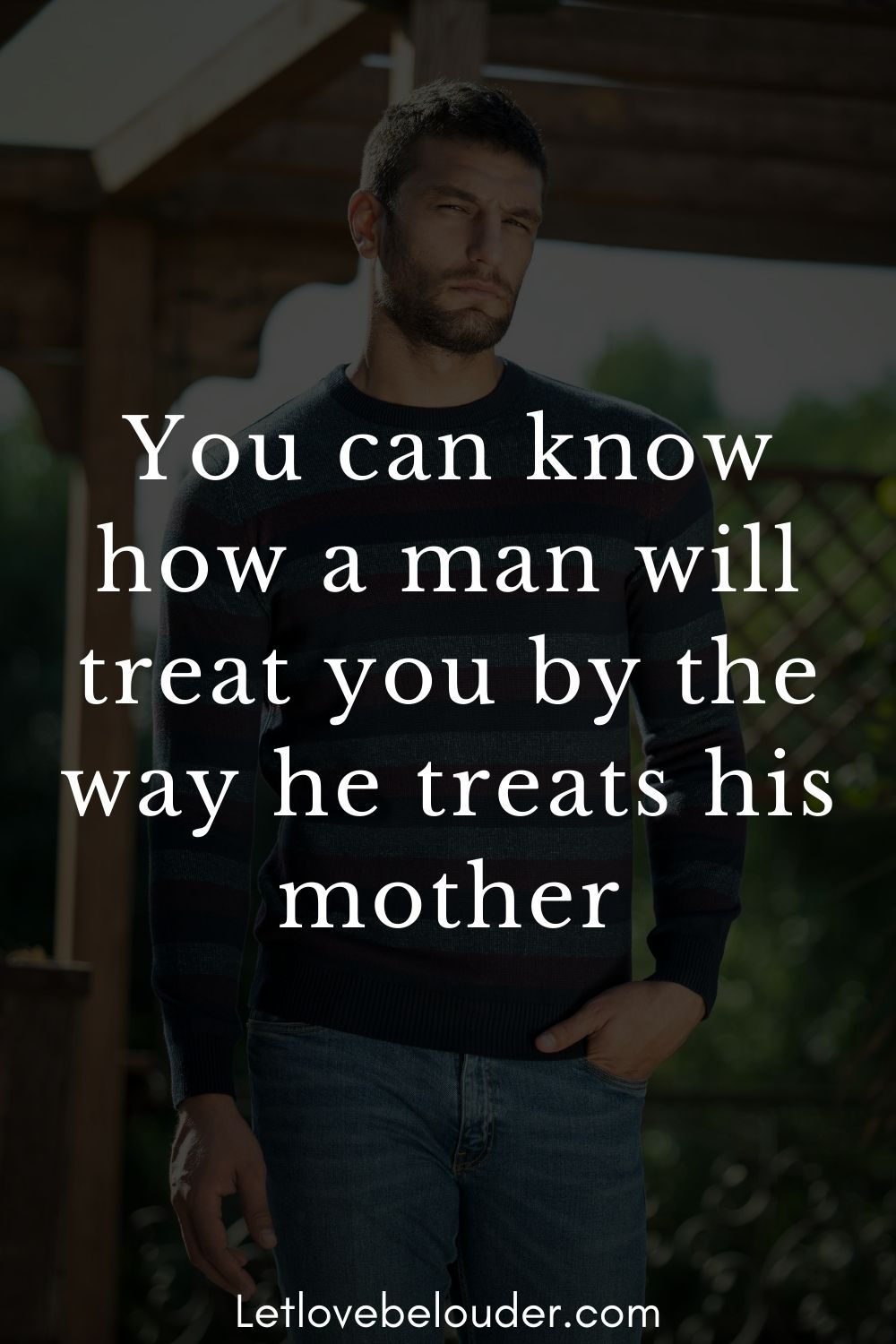