Suddenly I realized you never asked me to wait, so leaving seems like the only thing to do.

Even now, I don’t really want to stray from something I’ve never known with anyone, but I can’t keep choosing you because I’m not chosen.

But you let me understand it in the thousand moments of silence that you put between us.

I know the lonely world in your head sometimes feels like the safest place there is and the ghosts of memories are holding you back, making you question everything.

I know that you are someone who needs a little time to understand life, but I cannot be excluded.

In a way, the most heartbreaking thing is if I see you next week, next year, or even 10 years from now, we could pick up exactly where we left off.

A whole bunch of misshapen chaos of beautiful unfinished business, and my eyes will always burn, making you tremble right down to your feet.

I am more sure of this than anything else because we now believe in soul mates.

It’s not that it makes a difference, but we were shown a reality that neither of us previously believed.

And it changed our worlds forever.

Mine will always be bittersweet because I opened up to you more than any other man, and you’ll always remember a woman who made you feel things you never thought possible.

Even when I set out on this journey, I knew I was taking a risk, not because I wanted to be hurt, but because you told me you were scared and fled in the past. You were running away from me too.

I knew there was always the risk of you running away. I was just hoping you would take my hand and find ourselves together in a better future that we hadn’t imagined.

And so I waited, with a patient heart and a hopeful soul. I dreamed that instead of being scared, you would have the inspiration to tackle something inexplicable, which you could never get tired of.

But then I realized that I had waited without being asked.

And even though you never said goodbye, you never really said welcome either.

Sometimes at the end, there is nothing more to say and sometimes we are overwhelmed with thoughts of all the things we haven’t had the courage to say.

The worst part is that I know your heart and your soul well.

You said I know you better than yourself and it’s true. But despite this, I cannot forget what has been done.

I can’t leave your eyes clear to see your future and I can’t show you what you’re giving up. You say goodbye to everything you’ve always wanted, without bothering to get it.

I am sure you will find happiness, because like me it is your nature, however, it will never be with me, but you already knew it.

Because sometimes it’s easier to settle down than to chase what is amazing, because if the reality of our fantasy came true and sat on our knees, would we really accept it?

I don’t know if I told you before, but I was scared too.

I was afraid to show you who exactly I was and, more importantly, to miss something that felt so different from anything I had ever experienced.

But it doesn’t matter what scared me, because it’s not just about me.

I stayed, picking up the little crumbs, thinking that one day I would be given more than pieces.

I hoped that in the end my loyalty would be rewarded eventually.

But now I know that’s not always the case.

Sometimes what is meant to be fails, by our most human tendencies to ruin what we cannot explain, and sometimes it is fear that triumphs. 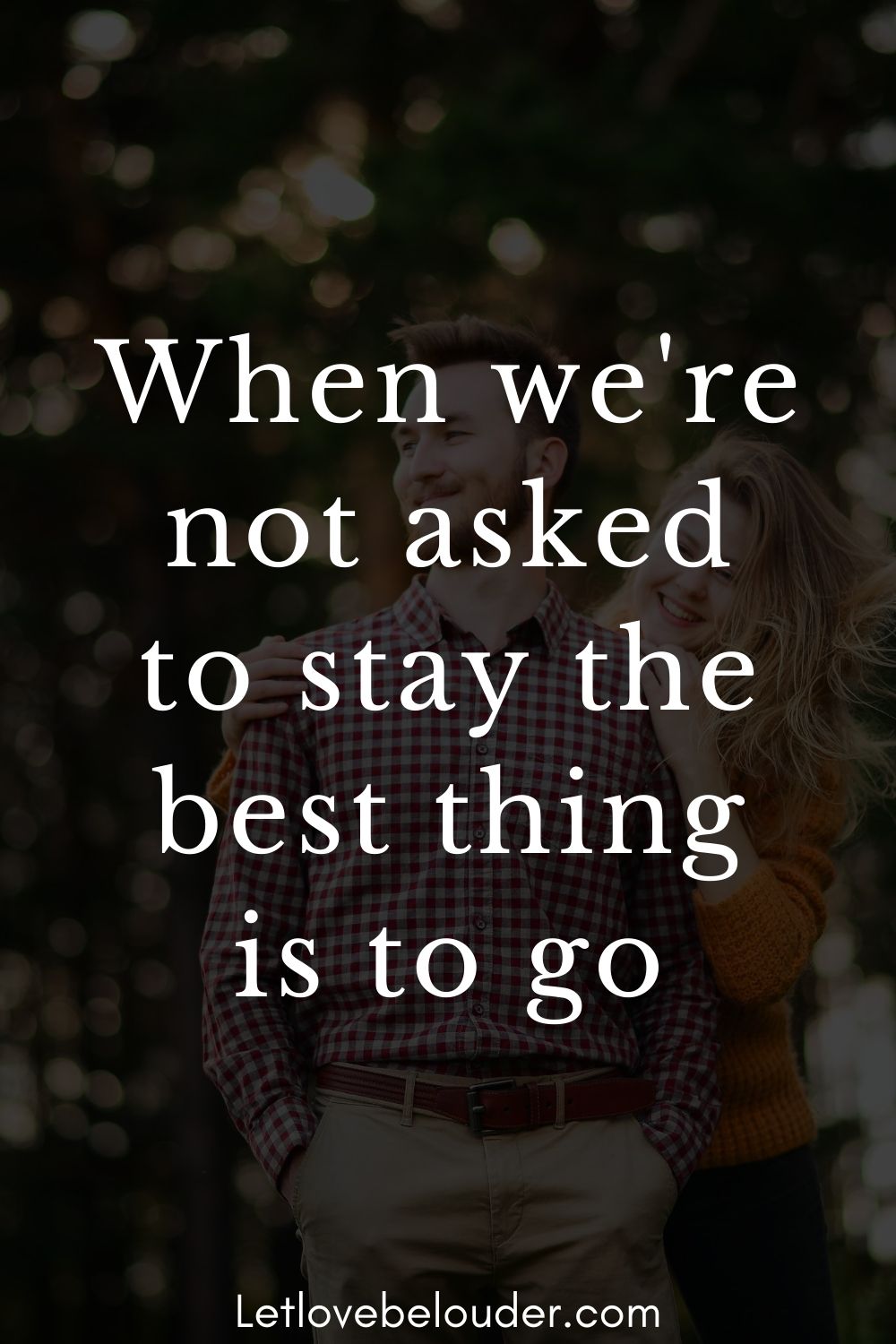