You might have heard her say she was scared when you sat next to her in the doctor’s office, you held her hand as tears streamed down her face.

You might have guessed or she might have told you, but in any case, there are some things you need to know.

His thoughts are racing like a freight train in his head. It’s exhausting for her. It is for this reason that she is tired.

There is not a day without her not thinking.

She thinks of everything and it’s usually the worst-case scenario. She worries that something may not be right. That something happens if she leaves the house. Kidnappings, deaths, falls, cars getting out of control, that’s why she doesn’t want to leave the house or just go out, even if you proposed to her with good intentions.

But it is not that simple. This is why when alone at home, she will send millions of messages, telling you every movement or anything that’s wrong, she knows you can not change anything, she knows how you feel helpless, but she too is the reason why she has to share what she is going through with you, otherwise, her head will explode.

Sometimes she wonders why you are with her. If you had known she was suffering from anxiety, would you still be there? Would you have preferred to be with someone else who didn’t have this noose around their neck?

Don’t think for a second that she doesn’t see you and that she isn’t worried about you, on the contrary. She knows it’s not your fault, and she knows you want to fix it, but it’s impossible because it’s not broken.

But you can help him.

You can see what is getting too much for her, the crowds of people or bedtime, dinner time, and help her by holding her hand and telling her that you are with her.

Don’t make her feel like you’ve missed a date, a party, whatever. She wanted to go, but she couldn’t. She already feels bad. Take the kids to the movies when you see her struggling, push her to take time for herself.

If you are frustrated she will not benefit from it, her condition will only get worse and you will both be unhappy. She doesn’t want her anxiety to define your relationship.

The worry is heartbreaking for her. She wishes she could feel free.

Every day will not be bad and these days should be celebrated, but on dark days, celebrate her anyway, because she needs it.

She loves You. She is vulnerable and scared. She will love you with all her heart and you will know it, because she has already listed the pros and cons… and, just like you, by her side, she will be deeply loyal to you. All you have to do is take his hand and say: ” I am with you “. 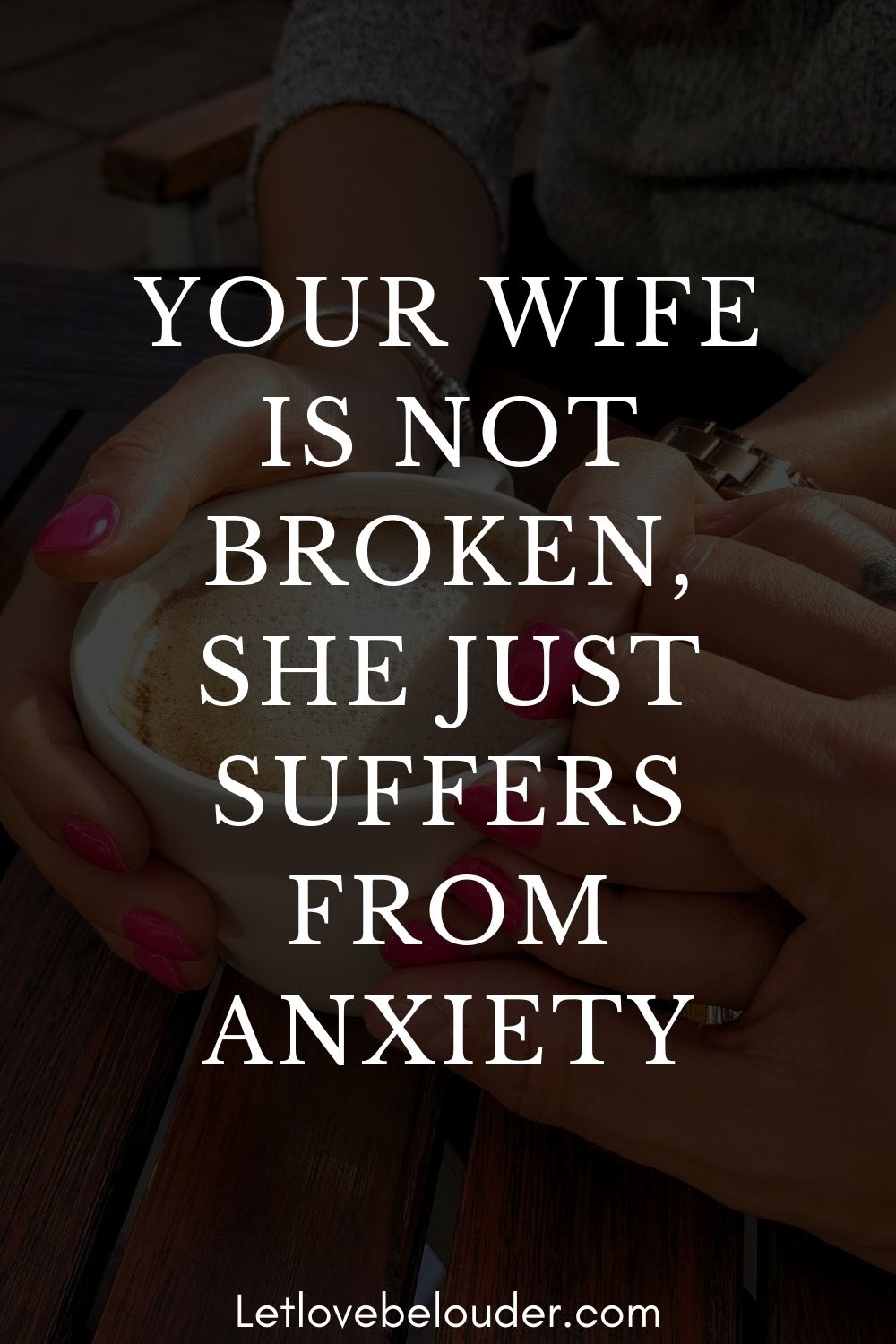