We all know at least one couple of friends who argue a lot. Many people believe that these people do not love each other and that their relationship is not going to last. But experts say arguments don’t mean a relationship is bad – it’s a sign of a healthy relationship.

According to these experts, arguing helps partners overcome pain, which allows them to make their relationship last. It may sound implausible and ridiculous to you, but arguing is actually a sign of love.

Dr. John M. Gottman of the Gottman Institute says arguments were never a sign of a relationship that wasn’t going to last. We can divide couples’ arguments into three approaches to whether the relationship will last or not. Here are the 3 basic styles of the couple according to Gottman:

Couples who want to talk, make compromises, and solve their problems;

Couples who want to be heard and who expect their partner to agree with them ;

Couples who do not want to overcome their problems

The first approach can include a lot of screaming and rage, but more often than not it results in compromise and love. Even if the argument part is hard to get over, your relationship will come out much stronger than before.

The second approach takes place when one of the partners does not want to listen to the other. In this case, the person is not worth your time because they are unable to turn the argument into something productive. These people just don’t want to fight, scream, or hear what their partner has to say.

Not having an argument at all is the worst thing about your relationship.

While it might not sound bad at first, not arguing at all will cause you to push back emotions that will ultimately destroy your relationship. Arguments will eventually help you and your partner vent your frustrations and find an approach that works for both partners.

Arguments mean you care about the other person

When you argue, it means that you care about your partner and that you are actively working to find a solution. But when you run away, it means you can’t seem to cope with issues that can potentially end your relationship. When two partners argue over something, they show their willingness to solve their problems and find a solution to make their relationship and love last.

Arguing keeps you healthy and sane

A recent study of over 40,000 women in Massachusetts found that women who remained angry after an argument with their partner had 4 times higher risk of premature death than those who expressed their emotions as soon as they felt the same. need.

The stress of anger management is very real, and so are the health risks that come with it. So if you care about your partner and are concerned about their health, you should let an argument break out when the need arises because it can save your relationship.

When two partners are arguing, they can understand what the other is really feeling. The fights will help you to be honest towards your partner and get to the truth can only come from a productive discussion. Without the arguments, many couples would marry and have children without knowing how the other is feeling.

According to Pamela Paul, a respected author, our core values ​​and beliefs can emerge during an argument. Expressing how you feel will help you see what your partner is really feeling, it will help you save your marriage or relationship. 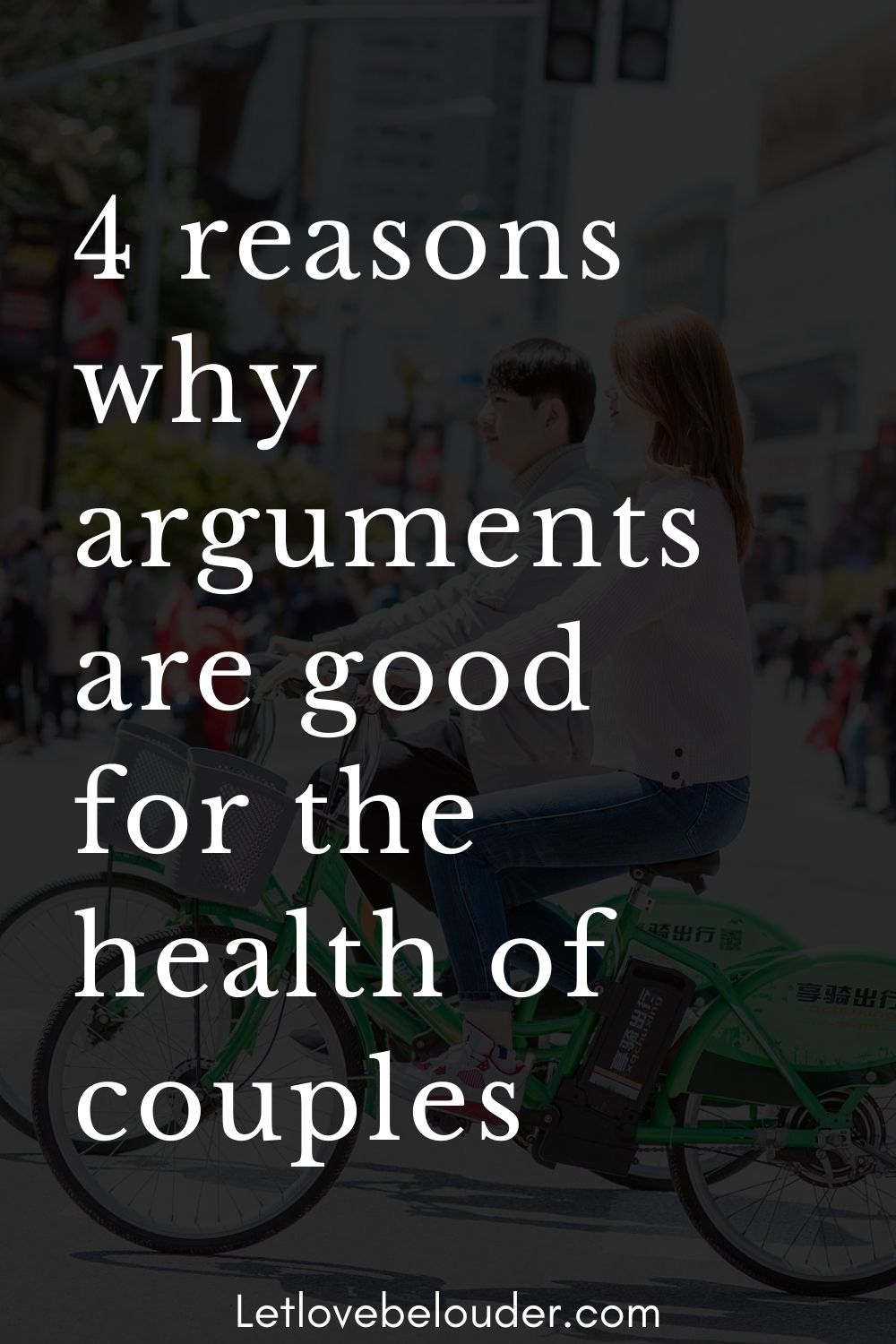