This person, whose heart is deeper than the sea, could have meant a lot to you. Not just for a few moments, she could have been yours forever.

She has a patient heart, loving eyes, and arms that provide a safe haven. She would have practiced grace and seduced you, weaving your story with the love that flowed from your lips to hers.

This person could have been everything to you

She would have planted each of your dreams in her sweet garden, and cared for it until everyone could see her flowers. She felt the value of your soul with hers, and realized that God had broken the mold in creating you.

She was not naïve, she just knew how to recognize everything that was special about you.

But for some reason this person who would have been everything you ever hoped for was not someone you could have accepted for yourself.

You might not have followed your heart, because it never made sense to your mind – and so, like dandelion seeds in the wind, you rejected that person. You didn’t do it because you didn’t like it, you did it because you liked it too much.

There will be no one else who will be as good as you for her, but this truth has never found its way into your heart. It became an excuse not to be part of his life.

But whether you choose it or not, it will always be you.

She remembers that this was a decision she had to make, because estrangement was never an option.

One way or another, between the reality that escapes our fantasies and the nights that taste like laughter and moonlight, she has taken hold of your heart. She placed herself delicately between the cracks and doubts about the expectations, until soft roses began to bloom under her fingers.

It wasn’t magic, it was just love.

However, just because there is love, things won’t get better. It seems that a new life always arises from the most desperate situations. So maybe she was just looking for a hopeful start, with the possibility and promise of all the adventures to come.

This person could have been everything to you.

She could have been your partner, your best friend, even your wife, but now she’s nothing at all.

Now, it’s just a stranger that you ignore while you try to forget her.

And the moments between what could have been and what hurt her with the realization that just because there’s love doesn’t mean it’s supposed to last. She used to be left behind and forgotten, but she wasn’t used to being loved that way. For her, there was nothing so precious.

But even that contributed to her demise, as she never asked for more than you could give. She never troubled your life with your love for her – and maybe in the end, it was because she wanted you to stay true to yourself more than she wanted her own happiness.

There is no doubt what kind of woman she is. Under the black sky of a thousand stars, she wonders if no one is supposed to stay – but even that is partly a lie.

Of course, there is no resentment, for she loves you way too deeply not to wish for what is best for you, even if it means forgetting about it. 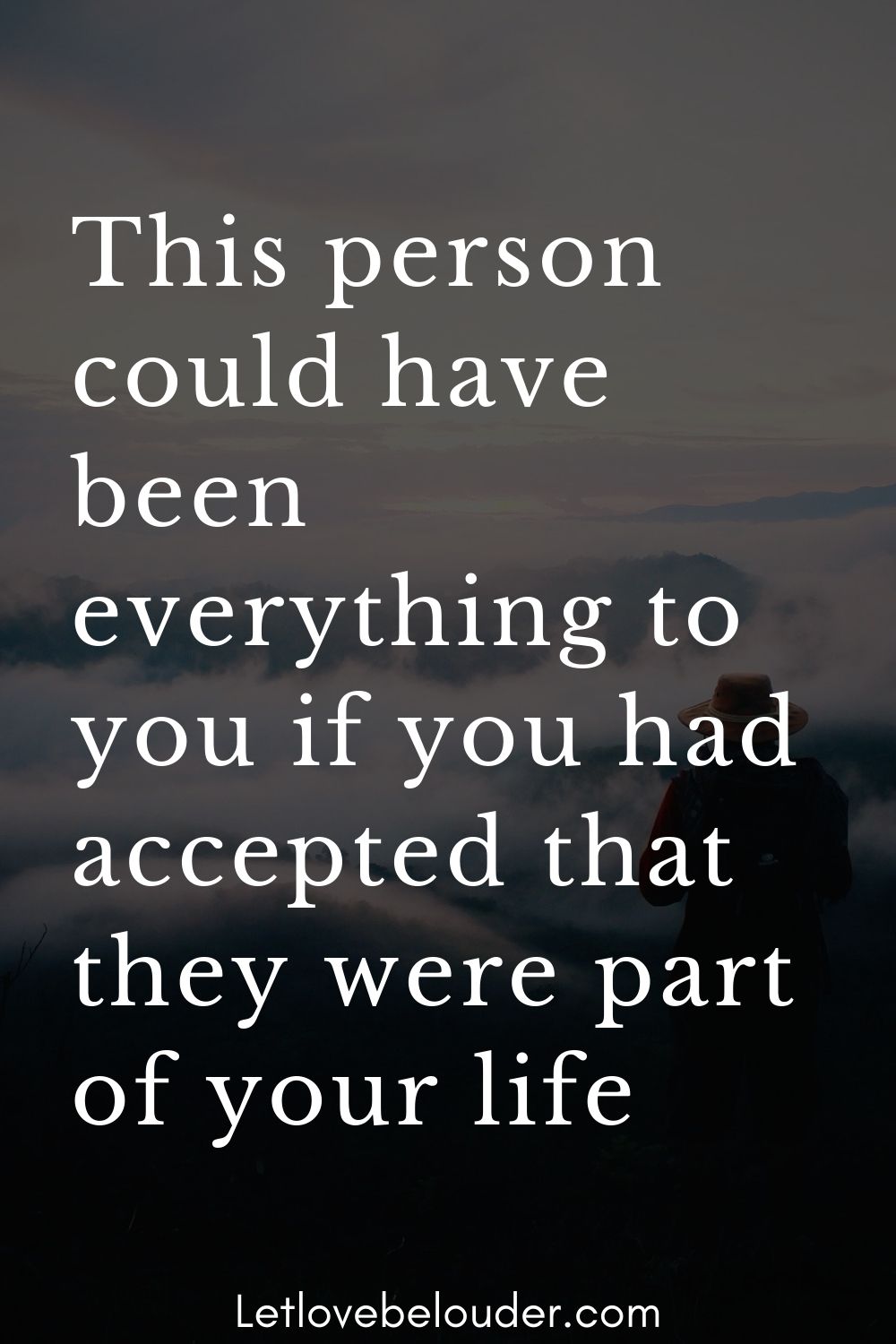