Even though I faced multiple relationship endings when I was younger, I refused to believe that there was a breakup because the other partner or I stopped being in love. I thought if love was real it couldn’t end. We would like to believe that love is easy and has a happy ending no matter what. But we are too egotistical to admit that somewhere along the way we did something wrong.

In truth, relationships are fragile.

They require a lot of work and effort. Some people stop their efforts when the relationship with their partner becomes stable. We jeopardize the relationship and take each other for granted, convincing ourselves that nothing can make that person leave.

What scares a man

It might seem a bit confusing to hear this topic coming from a woman. But I have always been surrounded by men. The majority of my close friends are men. It gave me a better understanding of how a man’s mind works.

Despite the understandings that I have observed in men, one cannot generalize. There are millions of reasons why a man could stop being in love.

Obviously, this doesn’t happen overnight, it is a process.

Men sometimes tell women what is wrong, but unfortunately we don’t believe them, we think they are manipulating us. We only take men seriously when we see them start to lose interest or leave the house.

Men are simple creatures. Women are much more complicated than men. However, that doesn’t mean women are bad. On the contrary, it only means that our minds have been programmed to decode the vast majority of behaviors, unlike men.

Since men are more discreet than women, we think they are too complicated and difficult to understand. But once we really understand and fully understand what a man wants, it becomes much easier to deal with him.

Here are some reasons why men stop being in love:

The feeling of being attached

Most men are afraid of commitment because they are afraid of being tied up. They are afraid that they will no longer be able to carry out their activities freely. Each man has his own perspective on personal space. If he lost his personal time for a woman, she will lose it.

Some women try to take away the freedom and personal space of their man, who feels like a bird in a cage.

Always remember to treat your man with space, admiration, positivity, and empowerment. If it mentions other red flags than the ones mentioned above, don’t overlook them. He doesn’t manipulate you. He’s just trying to help you figure it out, so you can improve your relationship.

A clingy woman is a woman who constantly needs her man’s presence. She texts him and calls when he’s not there. She wants to accompany him wherever he goes. She cancels her plans for him and expects him to do the same for her and is still impatient.

It shows a man that his wife is not sure. Turning our life around our man will only make us lose him. Space is essential. We should have our own life, our own plans, and keep our independence without expecting our man to always be there.

Men like women who know how to control their own happiness and who display role models of positivity. Over time, if we tend to think too much, and turn almost everything into a problem, our man will see us as dramatic. When he tells us to stop dramatizing everything, we don’t believe him and continue to sabotage our relationship.

When women are always dramatic, men associate them with negativity. Men don’t know how to deal with dramatic emotions. The relationship is already seen as an important responsibility for a man. However, if we continue to over-dramatize, our man will feel like he has three responsibilities to take on: his, the relationship, and our happiness.

Not to feel appreciated.

The self-confidence of almost all men is quite fragile. Even though most men won’t admit it, they’re afraid of love because they’re afraid of failure. This is due to the pressure that society puts on men. They have to work, earn money, build a prosperous future, look after themselves, and take care of their families.

Therefore, not feeling appreciated is a big failure for a man. Over time, the man will feel like a big failure if he cannot make his wife happy and satisfied. Women should appreciate the smallest gestures and assert their manhood. Letting them know that they are successful in the relationship is essential for the evolution of the relationship.

Not meeting his needs.

A man likes to feel loved. We generally underestimate the importance of a man’s feelings. We don’t think he has any feelings, but quite the opposite. The emotional needs of a man are as important as the physical needs. We cannot expect a man to meet our needs if we do not.

Intimate development, support, and admiration are the basic needs of a man. 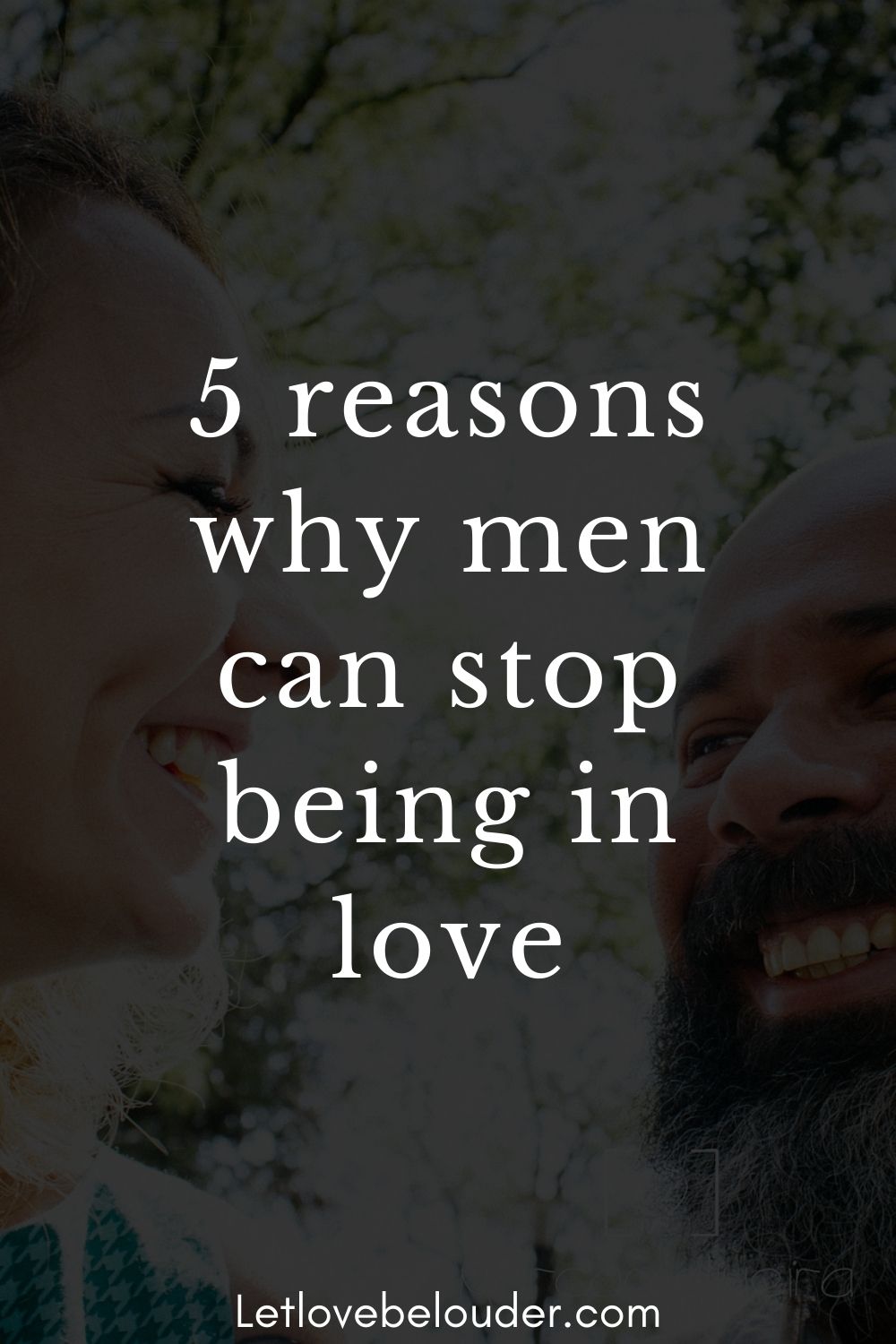