Infidelity is the most cowardly thing in a relationship.

A person does this when they are unwilling to take more appropriate action. Instead of turning to people for relationship advice, engaging in a dialogue with their partner, or ending the relationship as an adult, the infidel will simply see someone else in. forgetting the hurt that his infidelity inflicts on his partner.

Liars often use the same excuses, including for themselves, to try to justify their bad behavior.

HERE ARE 6 THINGS THE INFIDELS WOULD TELL YOU:

We are not here to extrapolate on any genetic predisposition to monogamy or polygamy. Many credible studies have been carried out on the subject, and we can draw our own conclusions.

However, the notion that any existing genetic influence nullifies relationship choice, and therefore responsibility, is devoid of substance.

Most of us will agree that some people are better suited for long-term relationships than others. The majority of us will also agree that entering a relationship we are not “designed” for is a conscious choice. Nevertheless, many infidels use genetics as a reason to deceive.

The psychology of infidelity is a foreign subject for most of us. Suffice it to say that a myriad of conscious and subconscious factors are likely to come into play when someone decides to cheat on their partner.

While genetic factors almost certainly have a direct influence on every potential behavior, it is up to each person to make a conscious choice whether or not to engage.

Even if you’ve changed over the course of the relationship, that’s not a valid excuse. There are much more effective ways to end a relationship.  Infidelity is simply a distraction.

Most of the time, this excuse is used when someone’s physical appearance changes. Weight gain and lack of flirtatiousness are often motivators to cheat on someone.

It is normal for romance to wear off a bit when a relationship is long term.  Intimate relationships, intimacy, and spontaneity are more likely to be lacking in quality and quantity.   All three are frequently cited reasons why someone is unhappy in their relationship.

Basically, it is a defense mechanism. This excuse is to alleviate any underlying feelings of responsibility or guilt. This selfish emotional manipulation increases the likelihood of one entering an inappropriate relationship.

It’s only natural that novelty wears off during a relationship. Citing boredom as an excuse to cheat on someone is both superficial and disturbing; nothing more than manual narcissism applied in the context of a relationship.

Boredom is a legitimate excuse for personal disengagement in the early stages of a relationship. Sometimes the ever-enigmatic meaning of chemistry just isn’t there. In almost every other scenario, however, that’s just a bad excuse.

When the complex dynamics that make up a relationship are out of balance, frustrations rise and often there are arguments that ensue. Of course, the anger that often accompanies arguments has a unique way of suppressing our logic. We are much less inclined to heed the famous proverb “Don’t say what you might regret later.” “

An argument is an emotionally draining event. After a certain period of time, incessant arguments can distort the perception of the other person even if you love them. Too often, men or women use this pretext to cheat. 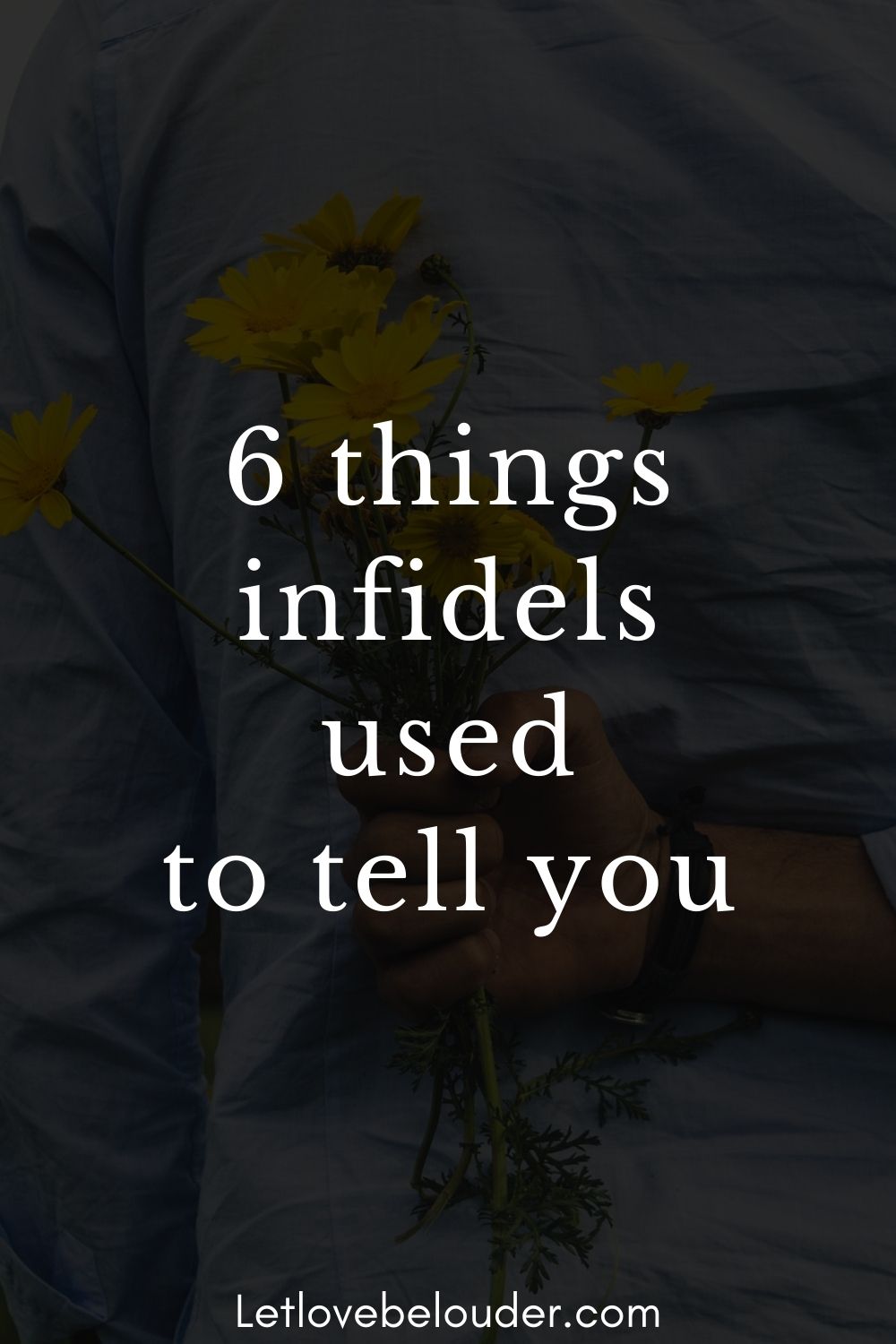