Strong women know better than anyone that they need to take care of themselves.

And that their happiness does not depend on someone else. They overcame many challenges and learned what independence really means.

Strong women often never knew what it was like to need someone because they had to learn to fend for themselves from a young age.

Any strong woman you meet will have had to go through a few rough times in life, but she will have survived, making her an even stronger woman even though sometimes she is tired of always having to be strong.

Strong women are courageous, resilient, and beautiful.  If you are lucky enough to be with one of them, you would do well to keep the following points in mind for what to expect in your relationship:

They want someone who will stand the test of time. Someone who will weather all storms and climates with them. Strong women look for serious relationships more often than others because they’re not just looking for someone to love, they’re looking for a partner to complement them. They just want to find their soul mate.

A strong woman is only attracted to a positive, uplifting person because she’s been through a lot in her own life and she doesn’t want negativity in her life. She has blossomed into a beautiful flower and knows that flowers cannot continue to flourish without sunlight, so she shuns darkness as much as possible. She will always discuss issues with you, but will not tolerate toxic behavior.

3. THEY HAVE THEIR OWN GOALS AND DREAMS

A strong woman does not need a man or a woman to bring back bread or give meaning to her life.  She knows where she is going and how she is going, and nothing can stop her. She also wants you to have your own life, so that you both have things to work on while encouraging each other.

4. THEY ARE NOT LOOKING FOR A RELATIONSHIP TO SAVE THEM

They learned that no one would come to save them when they were children, that they were the only ones who could save themselves. They’ve never had the pleasure of relying on anyone, so why start now?

In relationships, strong women don’t see you as a way to an end, a way to become more financially or emotionally stable, or to heal from loneliness, etc.

5. STRONG WOMEN KNOW WHAT THEY WANT

These women have been hurt before and know what they want in their partner. They’ve met the kind of people they don’t want before, so they know exactly what they want. They don’t waste their time in relationships that have no future, if they feel they can build something with you, you will. Otherwise, she’ll let you know from the start so you don’t waste your time.

6. THEY CONSIDER RELATIONSHIPS AS AN EQUAL PARTNERSHIP

They are not looking for someone to get something out of it,  they are looking for someone to add value to their life. They just want someone who will raise them. Likewise, they are also interested in adding value to someone else’s life and seeing the importance of giving and taking in a relationship. A strong woman will never take more than she is willing to give.

7. THEY SEE THE RELATIONSHIP AS A TEAM

They can’t have someone slowing them down in life, so they just pick someone who they can plan something with in the future. A strong woman doesn’t want to be controlled, she wants someone who will grow up with her and whose future can be closely linked to hers. She doesn’t need someone to feel better about herself, she just wants someone by her side to celebrate every victory in life, and someone to support and encourage her in the moments. difficult.

You have to earn the trust of a strong woman over time. So if you have her trust, don’t do anything to lose it, because you probably won’t get it a second time.

If she trusts you, then she doesn’t worry about friends you hang out with or where you go after work. She doesn’t get jealous of other people you hang out with, because she has given you her heart and knows you will protect her no matter what.

9. THEY KNOW HOW TO MANAGE THEIR EMOTIONS

They don’t need anyone to coax them in life, they are quite capable of sorting out their feelings. Their emotional maturity makes it much easier to talk to them when you don’t have the same opinion. In a relationship with a strong woman, you treat like adults, with respect and grace. A strong woman will rarely let her emotions get the best of her and will always listen to her partner’s point of view without interrupting.

10. STRONG WOMEN ARE NOT AFRAID OF CONFLICT

They prefer to clear things up instead of letting the problem escalate. They will never scream or let their anger get the better of them, but they certainly won’t back down into a corner either. If anything happens between the two of you, she won’t hesitate to have a conversation about it so the issue can be resolved quickly.

Strong women give us hope in this world and are a wonderful example of what we can become if we reach our full potential. They never gave up despite countless obstacles and adversity, and if they weren’t here we wouldn’t be here today. In a relationship, a strong woman knows how to balance her fiery nature with her grace and wisdom in order to avoid taking full control of the relationship. 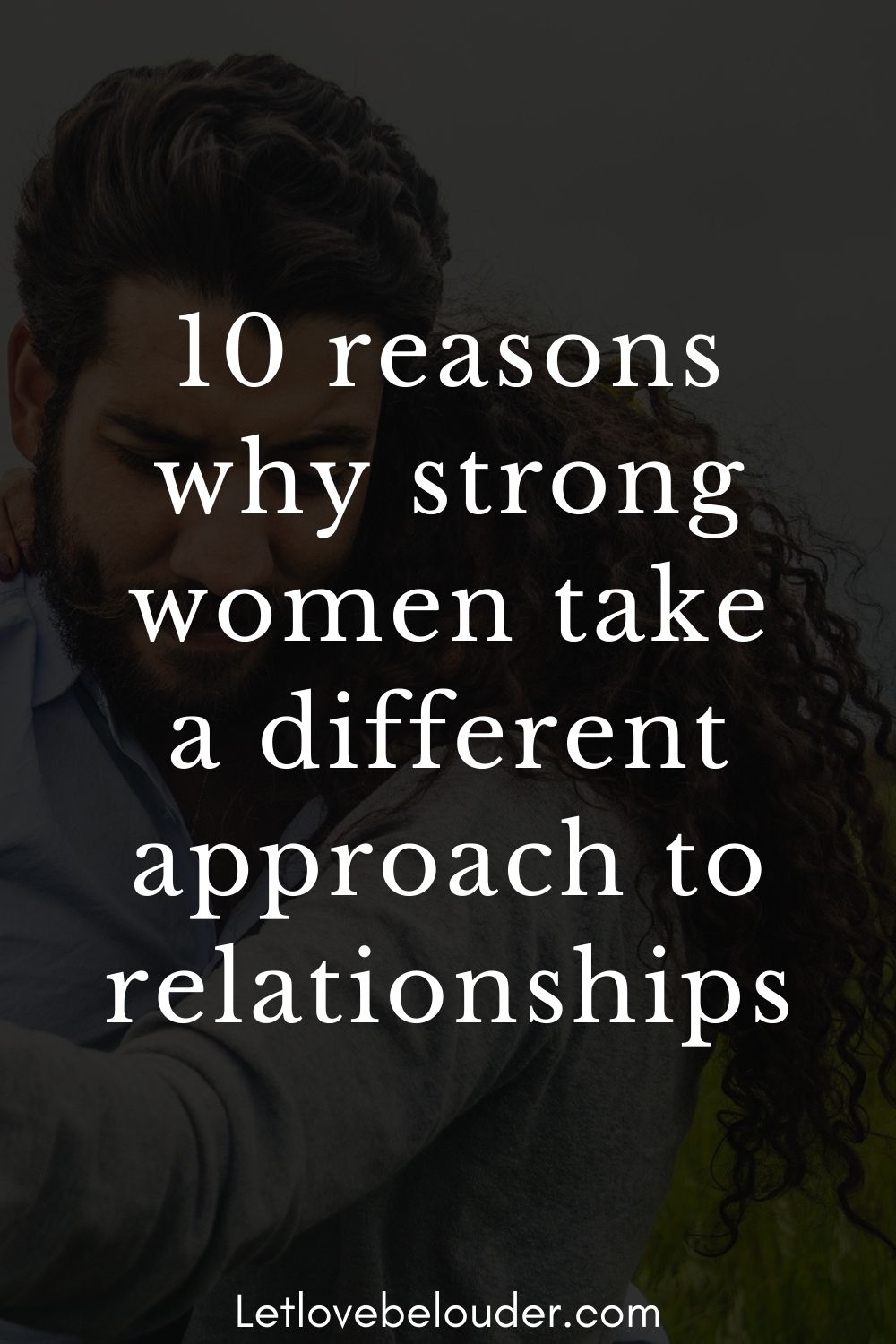