It seems that when we take a step back from our past relationship :

Everything that we did not see because we did not have enough perspective, jumps out at us.

There were so many things that made me uncomfortable when I was in a relationship that I now see that there were many signs warning me and I wonder how I did to be so blind for all this time.

You stole me, probably more than I’ll ever realize.

You were the only one who knew where I kept my “secret stash” of money and you were really the only person with access to it. There has never been a single time that I have found one of my roommates near my room when I was not there, and I have always noticed that money was missing after you left or during your stay.

At the time, I accused you.

After all, your own family had accused you of stealing phones, so that made sense. But you lied to me and played like you were deeply hurt by the accusations, knowing full well that you had taken money from me. I should have kept the door shut when I slammed it in your face the first time I was sure it had happened.

You also stole hundreds of euros from me. Your father’s overdose and hospitalization, your grandmother fall down the stairs and broke her arm, and even your inability to buy food.

At the time, I was suspicious.

But, how could I have said no without feeling like a horrible person? After all, what if what you said had been true, and I refused to help when at first glance you had no one else to turn to? So despite all of this, I continued to give in and I continued to give you money.

You said I was the only one who could help you and I found myself helping you buy clothes for job interviews and even taking phone calls for you when your phone got “lost”. You claimed that your uncle who gave you a job and welcomed you in to your family was cheating on his wife and for that reason, you couldn’t stand being with him.

At the time, I believed you.

I thought I was the only one who could help you and even though the stress of trying to be everything for you and always taking care of myself overwhelmed me, I did it because I felt bad for you. I felt like if I left you then you really wouldn’t have anyone and then it would be my fault. But now I see that was just another trick to keep me going.

You told me that you were clean, that drugs were a part of your past, and that you were happy to be free from them. But then I met a friend of your cousins ​​who told me that was not true. You didn’t go back to drugs when we ended our relationship because you were heartbroken.

At the time, I trusted you.

I thought you really left the drugs behind, and I was proud of you for that. When mutual friends told me about your past, I assured them that I knew it, but that it was in the past. I stood up for you and refused to listen when one of them told me that when she had known you, you had never changed.

Everything is clear now. You do not need me. You didn’t even want our relationship. You just needed what I had to be able to get what you really wanted. But what hurts the most is that it was true for me when it meant nothing to you. 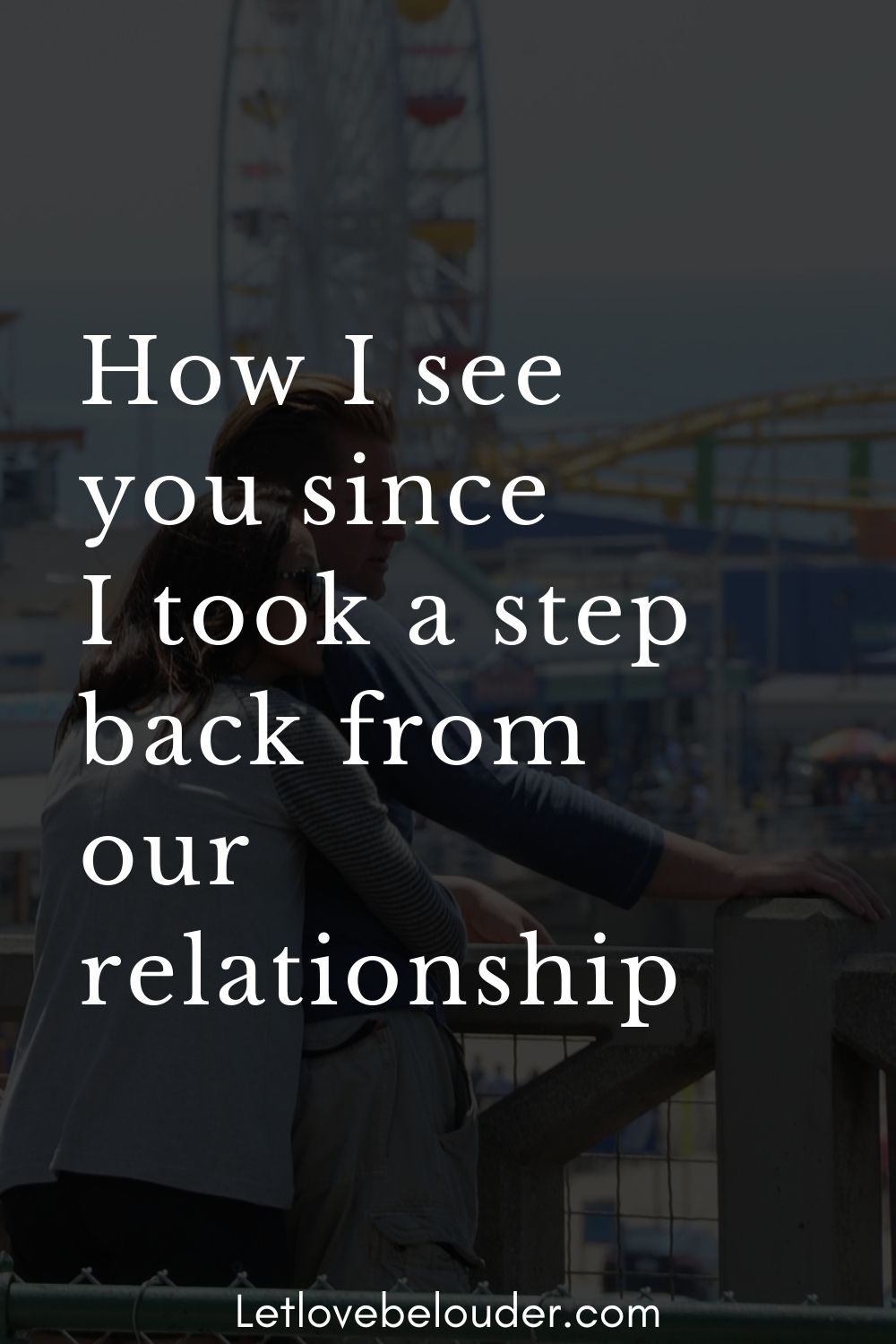