Sometimes a gesture is better than a thousand words!

“I love you”, who doesn’t dream of her boyfriend repeating these three little words to her all day long? However, unlike women, men have a hard time expressing their feelings, especially when it comes to saying that they are “in love”. Faced with this usual silence of the opposite s**x, you tell yourself if Chéri really has feelings for you. So come the many questions when he does not spit the piece, and that can go far, even quarrels that will not end. Even if he refuses to admit it, sometimes a simple gesture is better than a thousand words. And if you don’t know what we’re talking about, check out our top 5 techniques guys use to confess their feelings to their girlfriends.

If you’ve ever received a message from Jules like, “There’s a great new show on TV!” “Or” Hey, I downloaded this on You Tube, look, you’ll love it! »… In short, these are texts without much interest, and yet, it is a way of him to say that he thinks of you. Even for the things that are not of great importance in your life, he wants to share them with you. Well, that’s not cute!

The other tricks your guy can use to not utter the three magic words are the glances in love. Soft gaze, wink, blinking eyelids… you’ve been through this before, haven’t you? Well, Jules knows how to use his beautiful eyes to cry out to the whole world all the love he has for you, as if they were saying: “Even if you are not near me darling, know that you are mine… ”And that is not enough for you?

Too bad if Jules does not say “I love you” to you, because a man who throws himself on his phone when you call while lowering the volume on the TV while there is an important football match being played, it is without a doubt a great proof of love! He wants to listen to your problems, your worries, your successes, your defeats… like what he gives importance to what you confide or tell him.

You are next to Jules, and unexpectedly, he hugs you against him without you expecting it. This gesture is quite natural in some mutic males, as if they could no longer express their feelings in words. Well yes, even a phrase as meaningful as “I love you” cannot evoke all he feels for you. Sometimes a simple gesture is worth more than a long romantic speech!

Instead of saying the magic phrase, Jules finds that the best way to declare his love is to tell you that his friends like you very much. And to think that it is, us girls, who are difficult! In any case, you can be sure that he is not taking you in a boat, because the fact of introducing yourself to his gang is already a way of declaring to yourself: “I love you, and I want you to be part of the important people in my life ”. 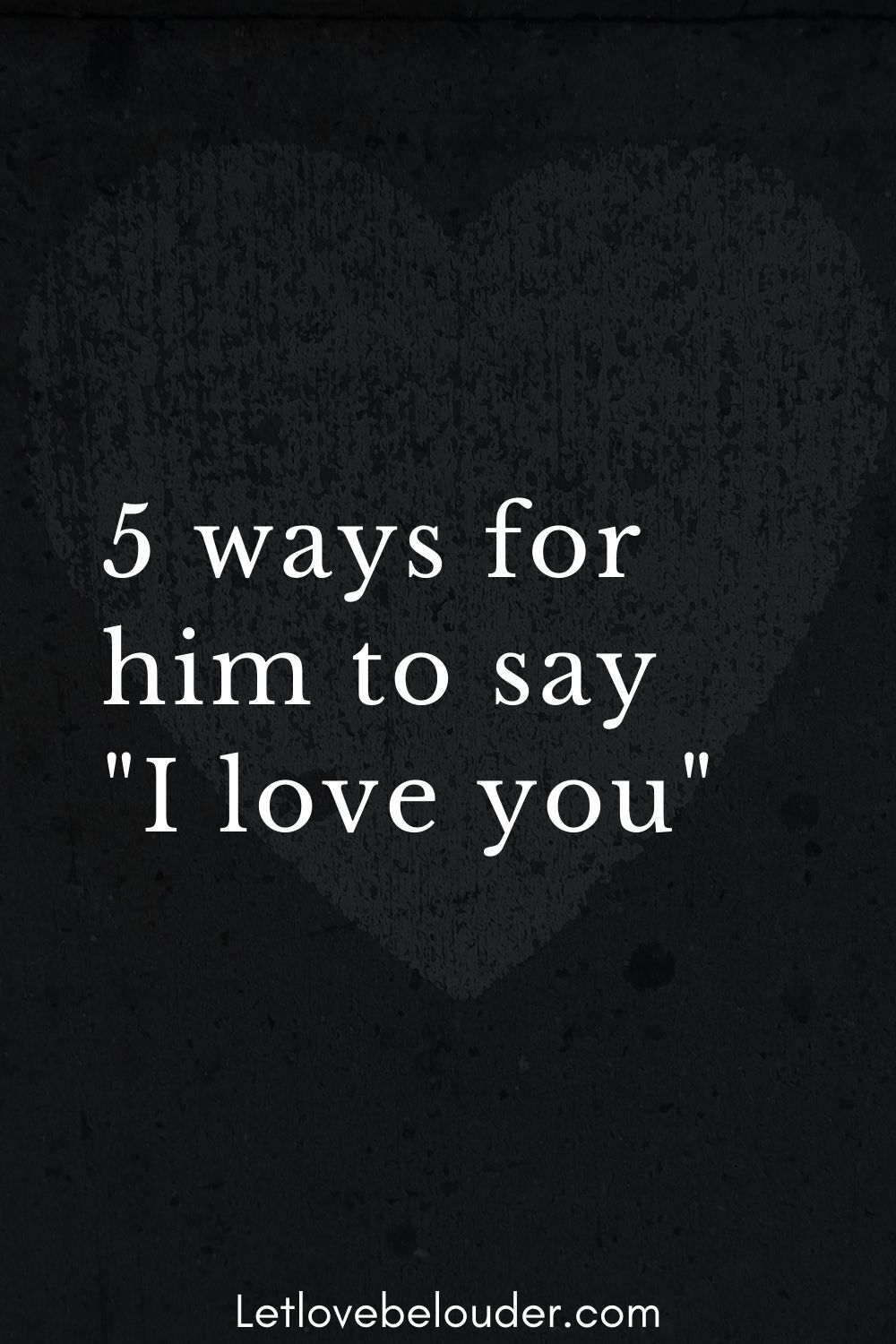