Why do guys really want to leave you?

Certainly, love is full of ups and downs, you can go from laughter to tears in no time. But when the breakup knocks on your door, it’s the apocalypse! “But why is this happening to me?” You ask yourself. When a guy leaves his girlfriend, it’s always for a good reason, or almost … Happy reading!

1.You burned the steps

He must have left you, because you were rushing the relationship a little too fast and rushing things. Don’t you find it scary that you’ve already moved into his apartment after just two months of dating? How should he react to your insistent invitations to meet your parents? Even worse when you told him about trying to conceive a baby. You terrified him with your personal projects that were undoubtedly not his, normal that he abandoned you.

2.You did not reassure him

Men are just as jealous as women, except that they don’t show it, simply out of masculine arrogance. You may have tried to make him jealous to test him by flirting with other guys, just to see his reaction. Not having obtained the desired effects, you repeated your maneuver. By playing with fire, you burnt your wings outright. Jules doesn’t like to be humiliated.

3.You don’t have the same goals

At first you were dating, because there was attraction between you then the feelings got mixed up, and the relationship got more serious. Him, he sees himself married within a year, and you, you spent your time having fun, shopping, going out all the time with your girlfriends … The observation is there and indeed real, it is not. There was no chemistry between you, because you wanted different things. He had no choice but to go and let you enjoy life.

4.Your values ​​are very different

It was love at first sight between you! It was love every day until he realized you had really different tastes. He loves the Beatles, while you prefer the Rolling Stones; he is allergic to the hair of cats and dogs, although you have some… In order not to end up destroying you mutually, he left you, because he knows that your relationship will get nowhere.

He’s always been loyal to you from the start of your relationship, but that hasn’t stopped him from developing feelings for another woman. Even though your relationship was going well, his mind was elsewhere. In order not to make you suffer, he decided to leave. So, don’t be surprised if a few days after your separation, he found his happiness in the arms of another woman.

6.A big gap in trust

You always doubted what he said, and you didn’t trust him. This prompted Jules to flee, because he knows that once the confidence is not there, it is impossible to move forward hand in hand. He no longer wants to invest in gaining your trust, because he knows it won’t be easy then, they just prefer to leave.

7 Madame was way too jealous

A little jealous, yes, Jules will understand it, but too jealous to ruin his life every day, it is not possible. You kept him from going out with his friends, from seeing his best friend… You were always investigating him, insisting on the smallest details: What have you done? Where were you? Who were you with? Who is this girl you were talking to?… He left in less time than necessary. 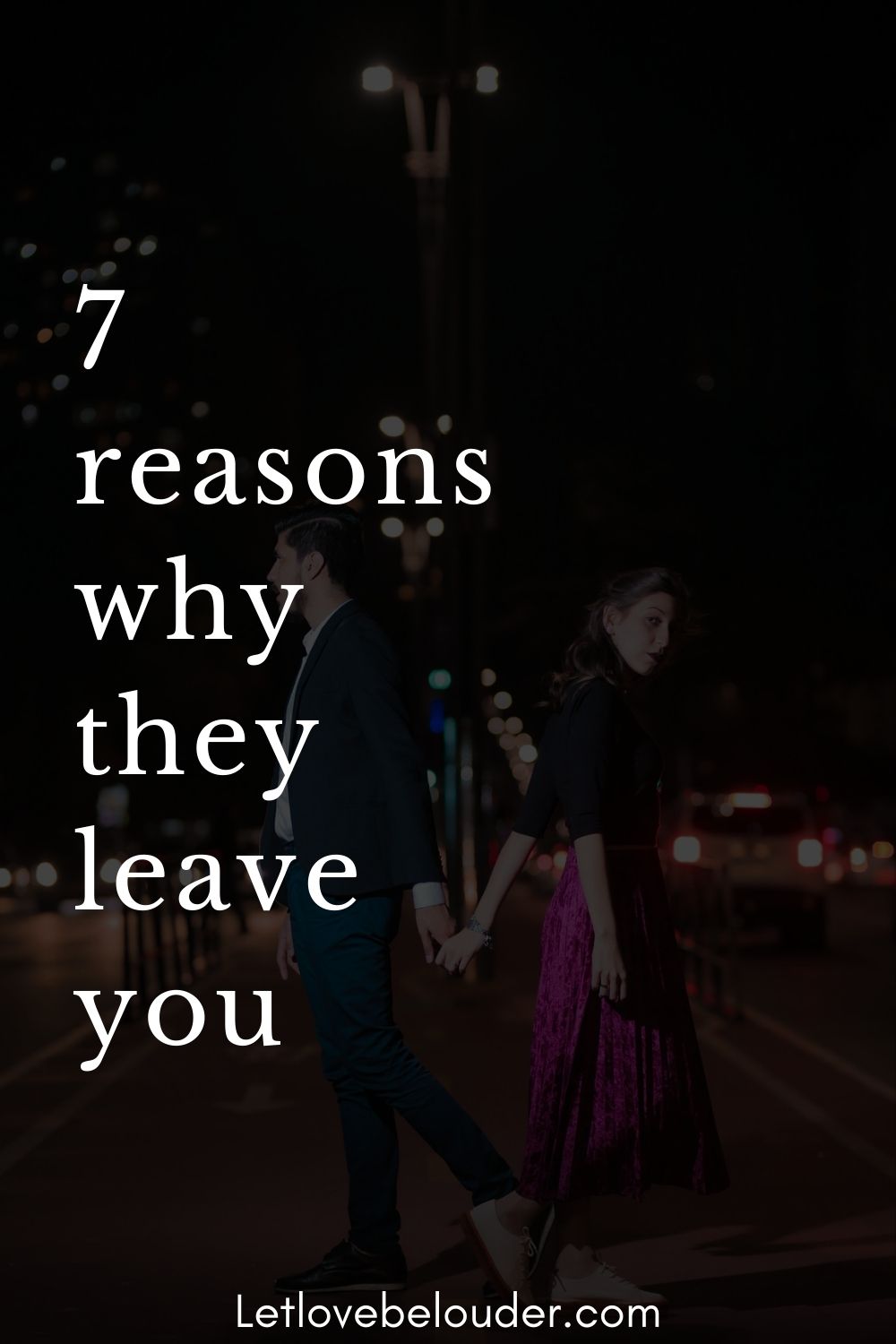