Infidelity is a choice. No one is forced to do so much pain, harm, and humiliate the other, yet some choose to do so.

An infidelity is a sneaky act and everyone involved should be out of your life.

Even if the person in question was very close to you. It’s even worse.

Don’t you think that if said person loved you as much as they say they would have thought about it twice before doing what they did to you?

Let’s think about the question a bit.

When someone is unfaithful, he has a thousand opportunities to stop before it is too late.

Each party has a thousand chances to stop in time and realize what a horrible thing they are doing.

But it was not the choice he made. So the next time you consider giving your man a second chance, even though he’s just trampled on your soul, think twice.

Having done what he did, he obviously didn’t want to think about you, so why would you give him the opportunity to do it again?

If you have been put on the spot by your unfaithful partner, know that you are not alone.

You may find some semblance of comfort by telling yourself that many of us are struggling to manage the same thing.

Trust someone who has gone through the same thing as you and who, after more second chances than she could count, is full of regrets …

Here is the sad truth. They do not change. They never take responsibility for what they have done, even if they sometimes pretend otherwise.

Their point of view remains the same and they absolutely do not question themselves.

It’s a fight lost in advance, believe me … I have witnessed it more times than I would like to admit.

And let me tell you in what field they are the most gifted … They will influence you with childlike ease, with charming smiles, beaten dog looks, and correct words …

Those you need to hear to be reassured and tell you that this was just a moment of weakness, which will never happen again.

Not only will they not take responsibility for their actions, but they will list a thousand reasons why they were forced to act as they did.

You did not have enough time for them. You were too busy at work to pamper their fragile ego.

You were never there, so they had no choice but to go looking for a girl who could be.

Going out and finding comfort in the arms of another woman is much easier than being a man, having guts, and talking to your girlfriend about the problems encountered within your relationship.

The infidels whose gifted with words, remember it. They are the most malicious manipulators who are, they will confuse you, even after having faulted and has broken you.

They excel at the art of victimization and the art of pretending to be the bad guy.

Please be smarter than that and don’t be fooled by their toxic manipulations, which will do you more harm than good.

They broke you once, why would you let them start again?

Unfaithful people do not understand what love really is.

Unconditional love, which is nourished by mutual respect and where partners face the difficulties of two, without ever letting them break them.

They are not afraid of challenges because they know that as long as they stay together, they will be fine.

Infidels don’t work that way. The way they look at love is distorted at best.

Staying in the company of their toxic soul will only destroy you and get bogged down in their toxic world, from which you are however on the verge of extricating yourself.

Choose the exit and don’t turn around. If he has been unfaithful once, chances are he will do it again.

You deserve better than someone who has no problem hurting you as much.

Know how to appreciate yourself enough to say “NO”. In any case, you are too good for him.

Show him your strength and leave him with dignity. Make him understand what he is missing. 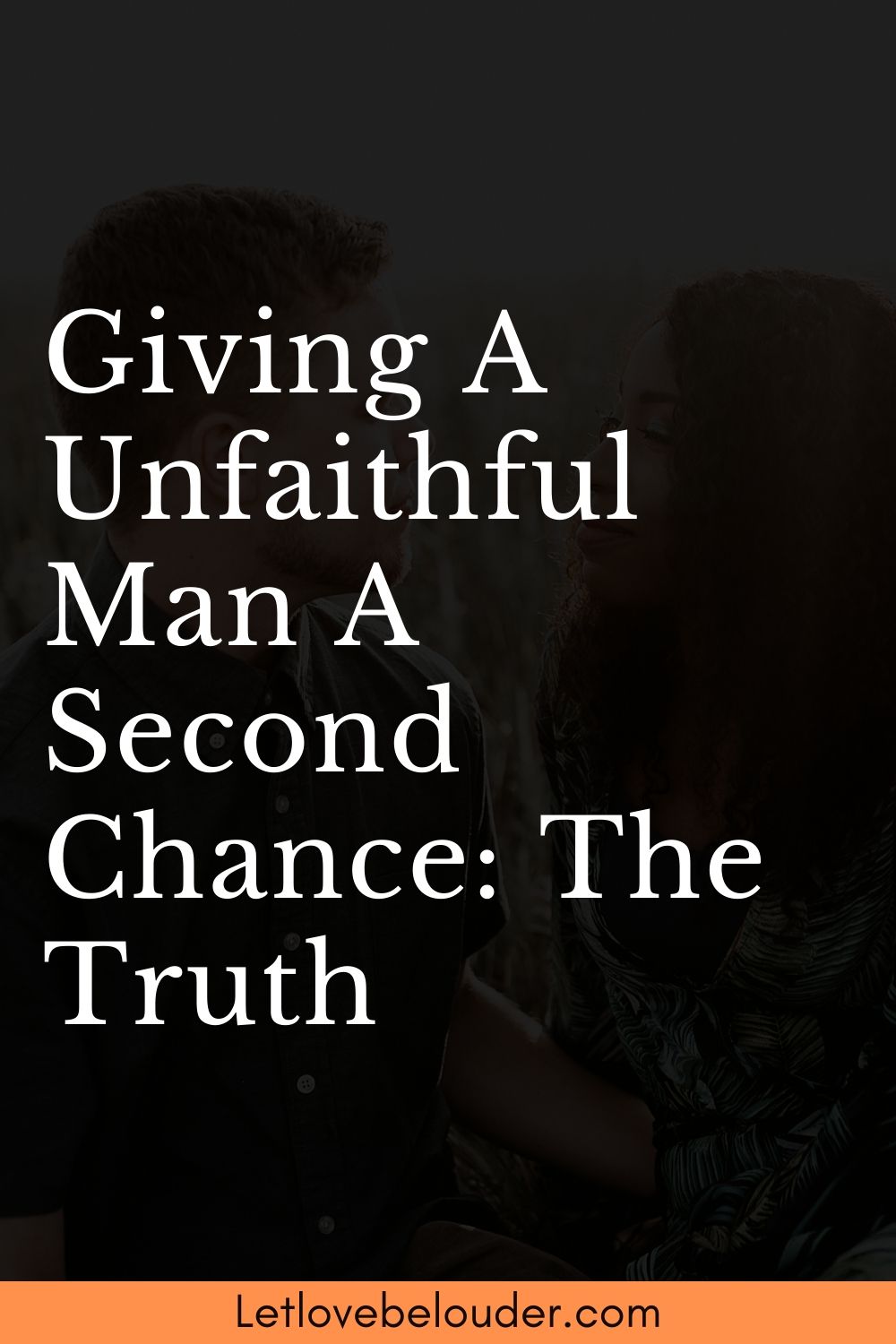