Here you are again, repeating the same good old scenario, hoping that something will eventually change. Hope he realizes what you are worth and treats you better.

Search your soul and be honest with yourself – it will never change.

He doesn’t want to change. He thinks he’s great and when he can’t justify his actions, he blames you.

He makes you responsible for everything because it’s easier than accepting his wrongs.

Playing the victim is easier than being a man and taking responsibility for his actions. It’s easier than admitting mistakes and trying to improve.

Of course, on certain days he will promise to change you. Generally, on the days when he is afraid of losing you when he feels he loses his grip on you.

But as soon as you forgive him, as soon as he feels that you succumb again to his lies, he will resume his good old habits.

He will make you suffer again and again, as long as you let him do it.

He will start disrespecting you again. He will start not to answer you again, to find no time for you and not to give you the psychological support you so badly need.

With him, it will always be the same. The same scenario will keep repeating itself until you decide it’s enough.

Stop making excuses for him. He has none. Nothing in this world could justify all the tears that ran down your cheeks. Nothing can make up for the lack of love and respect.

I know that knowing that no matter how much love you give her and no matter how many times you try to make it right, it’s never enough to break your heart.

But don’t blame yourself. It’s not your fault. You couldn’t have done anything else, or said anything else to change the end result; you just fell in love with the wrong person.

It is time that you open your eyes and realize it. You deserve better.

You deserve this happiness that he never knew how to give you. You deserve to be loved by someone who knows how to love.

He is not that man. The only person he likes is himself. He is only attentive to his own needs, he only cares about his own interests.

He is only interested in what you can give him because he has nothing to offer.

Open your eyes and realize what your life would be like without him.

You could free yourself from those emotional roller coasters that make you nauseous.

You could finally find that inner peace that he deprived you of.

It’s just an unhappy chapter that you had to live in order to strengthen yourself. So that you can break, heal, and never make the same mistake again.

Accept that with him, that’s what you did: settle for the minimum. You were content with something that came and went; each time-taking part of you.

Don’t sell yourself. Don’t be afraid to be alone. If you take a closer look, being single can be a blessing.

At the same time, staying in a mediocre relationship, systematically forgiving someone who is far beyond forgiveness, believing in a change that will never happen will only destroy you.

Save yourself this toxicity. Stop forgiving him and get your own forgiveness instead, because you stayed when deep down, you knew you should have left.

Let him go and have faith in yourself. Love yourself deeply. Be a woman brave enough to be alone and build your own happiness.

You can, you can, it’s just an obstacle on your way. 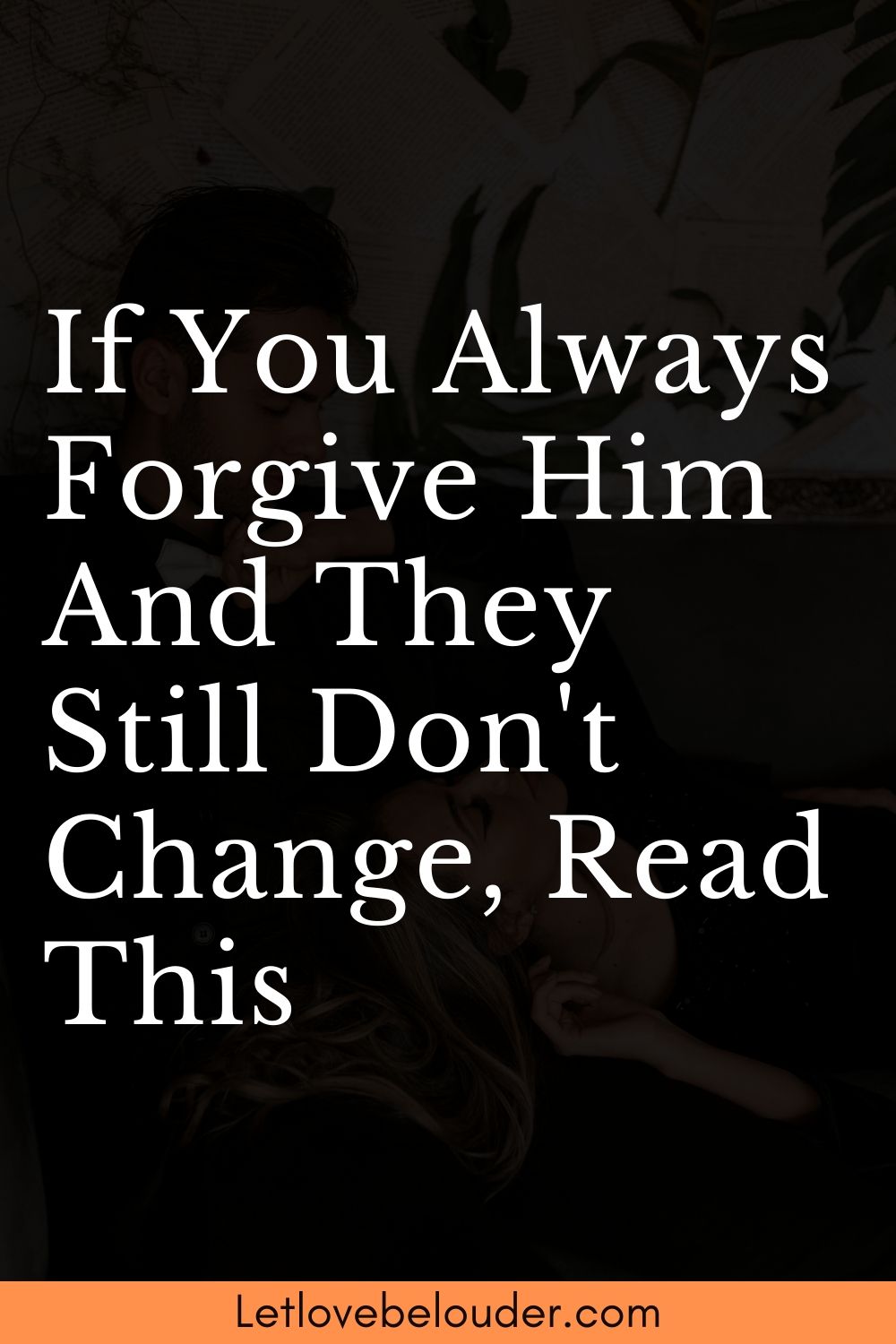