When a man doesn’t care about you, he will behave differently. He will not lift a finger to make things work or to make you happy. In addition, he will say very hurtful and arrogant things.

His statements will testify to his indifference and lack of interest in you or your life.

Here are some of the most common things men say when they don’t care about you:

He will try to reverse roles and make it all your fault. He will make history turn as he pleases. It will distort your words and make you think you are doing something wrong.

He has become so good at victimizing that he doesn’t even put in any effort. He is too self-absorbed to admit that you are right.

2. “It was never the problem, you think too much about everything.”

He wants your concerns and problems to appear small by manipulating you to make you think you are exaggerating.

If you know something is worth talking about, you shouldn’t ignore it just because it says it is not much and that you are exaggerating or that you are obsessively analyzing or thinking.

“Do what you want” is his comment on almost everything you want to do. You already know you can do whatever you want, so when he says it just becomes annoying and unnecessary.

He does not want to participate in your life or give you his point of view on things. It is one of the ways to show you his indifference.

He doesn’t want to solve things. He wants you to sit in silence and put up with his bad behavior, or go away.

When a man cares about you, he will take his actions into consideration and do his best to find common ground with you. He will never push you away like that, or say something similar.

In cases where the woman is too jealous for no reason, and behaves more like a detective than a partner, this statement is not insulting. However, in virtually all other cases, it is an important red flag.

Why not give explanations to the person you care about? Is your relationship not worthy of communication? If he doesn’t want to be clear, and be open and honest with you, then he doesn’t care enough about you.

Or any other expression similar to that, would be a good reason to get upset. If he respects you, he should respect your friends too. He may love or hate them, but he should never speak of them that way.

They have an important place in your life and he should treat them as such.

This statement is very explicit and hurtful. Sure, you don’t want an overly jealous boyfriend, but he shouldn’t be indifferent whether you go out with other people or have s**x with someone else.

If he says something like that, he doesn’t care about you, be sure!

Basically, what he is saying is that he does not have time for you or for what concerns you; that it is not his problem and that he does not want to waste time dealing with it. This means that you only deserve your time when everything is perfect in your life and you have no problems.

Romantic relationships consist of taking what comes, both good and bad. If he dodges conversations when things are bad in your life, or when you are hurt or upset, then he is not caring enough and he is not worth your time! 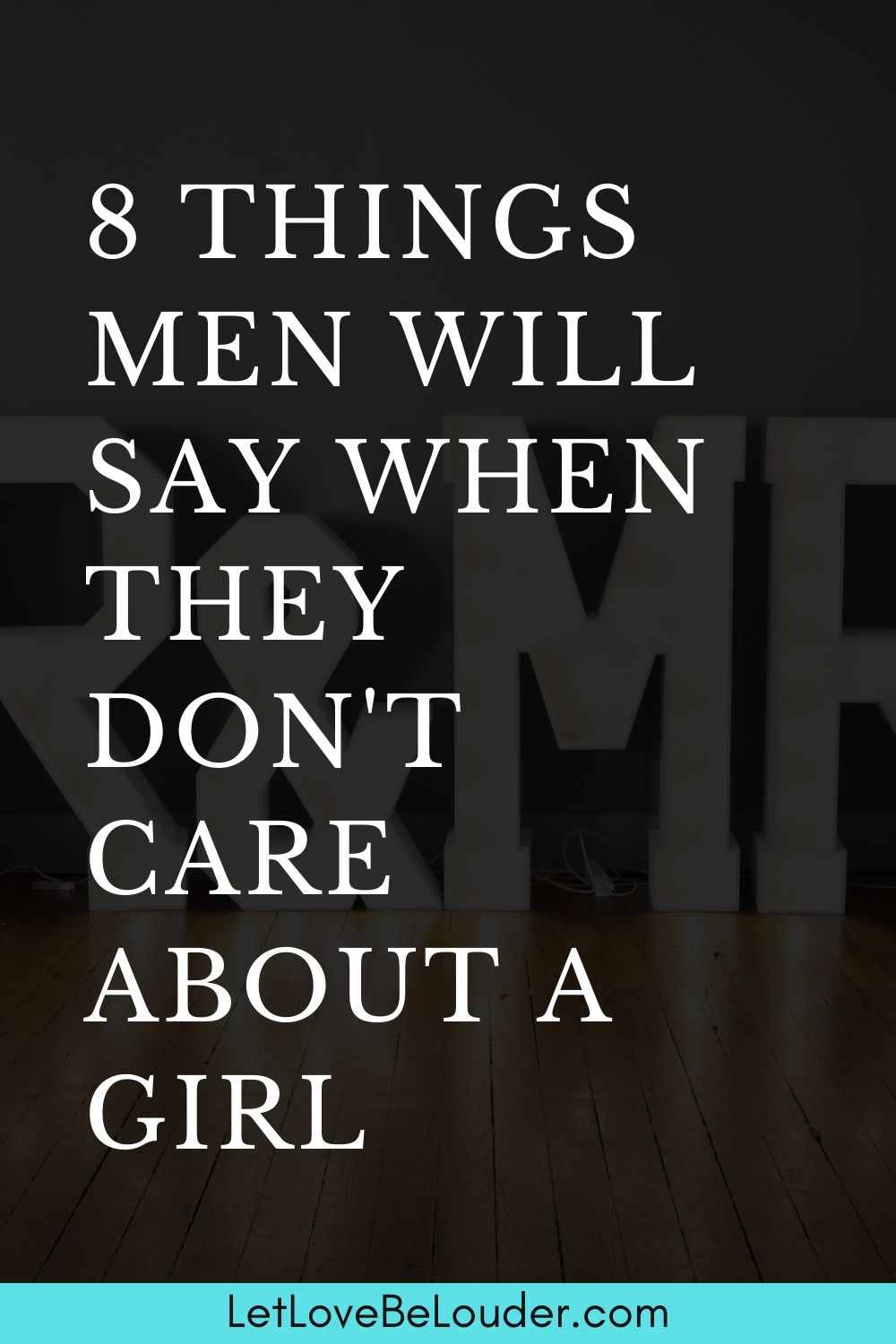