Sometimes we quickly guess when someone is not being sincere with us.

But other times it is very difficult to spot a wrong person. Usually, these people are very nice in front of you, but they disparage you behind your back.

But there are other ways to tell if someone is being sincere with you.

Here are 7 differences between sincere people and fake people:

Sincere people don’t brag and talk about themselves a lot. They don’t feel the need to prove anything to others. Wrong people are different. They only show off. This applies even to the smallest and most insignificant things.

2. FACE VERSUS BEHIND YOUR BACK

When sincere people have something to say, they say it to their faces. Sincere people are not afraid to be frank and to speak honestly about themselves. They expect you to show the same honesty. Fake people usually have a double face. They will behave well in front of you and gossip about you behind your back.

3. TREAT WITH RESPECT VERSUS WATCH SOMEBODY FROM ABOVE

Sincere people want the best for everyone. They don’t judge others and treat them with respect. Sincere people know that talking badly about someone doesn’t make them better. They don’t seek to gain confidence by putting others down. Fake people tend to look down on others. They point out their mistakes and mistakes and feel better about themselves.

4. DIFFICULT TO IMPRESS VERSUS EASY TO SATISFY

Sincere people do what they think is best and best.

5. ACTIONS TOWARDS THE WORDS

Sincere people like to show their worth through actions. They are ambitious and work hard. They never make promises they can’t keep. Fake people tend to promise you the world but they don’t think a word of it. They may appear sophisticated and knowledgeable, but in reality they are incapable of doing anything.

Sincere people want to help others without ulterior motives. They just want to live in an active environment, with genuine people around them. Other people’s accomplishments make them happy, not jealous.

Fake people always think about what they will get in return for helping others. Maybe they have a favor to ask for, or maybe they just want praise. Think twice, when asking for help from the wrong people, there are always selfish motives.

7. AN HONEST OPINION VERSUS FALSE PRAISE

Sincere people give compliments when they think it’s worth it. And when they tell you something nice, they mean it. They also admire other people and try to learn from them. Wrong people, on the other hand, try to point out other mistakes. And when they praise you, they’re doing it just because they want you to say something nice to them. They always want to look the best on others. 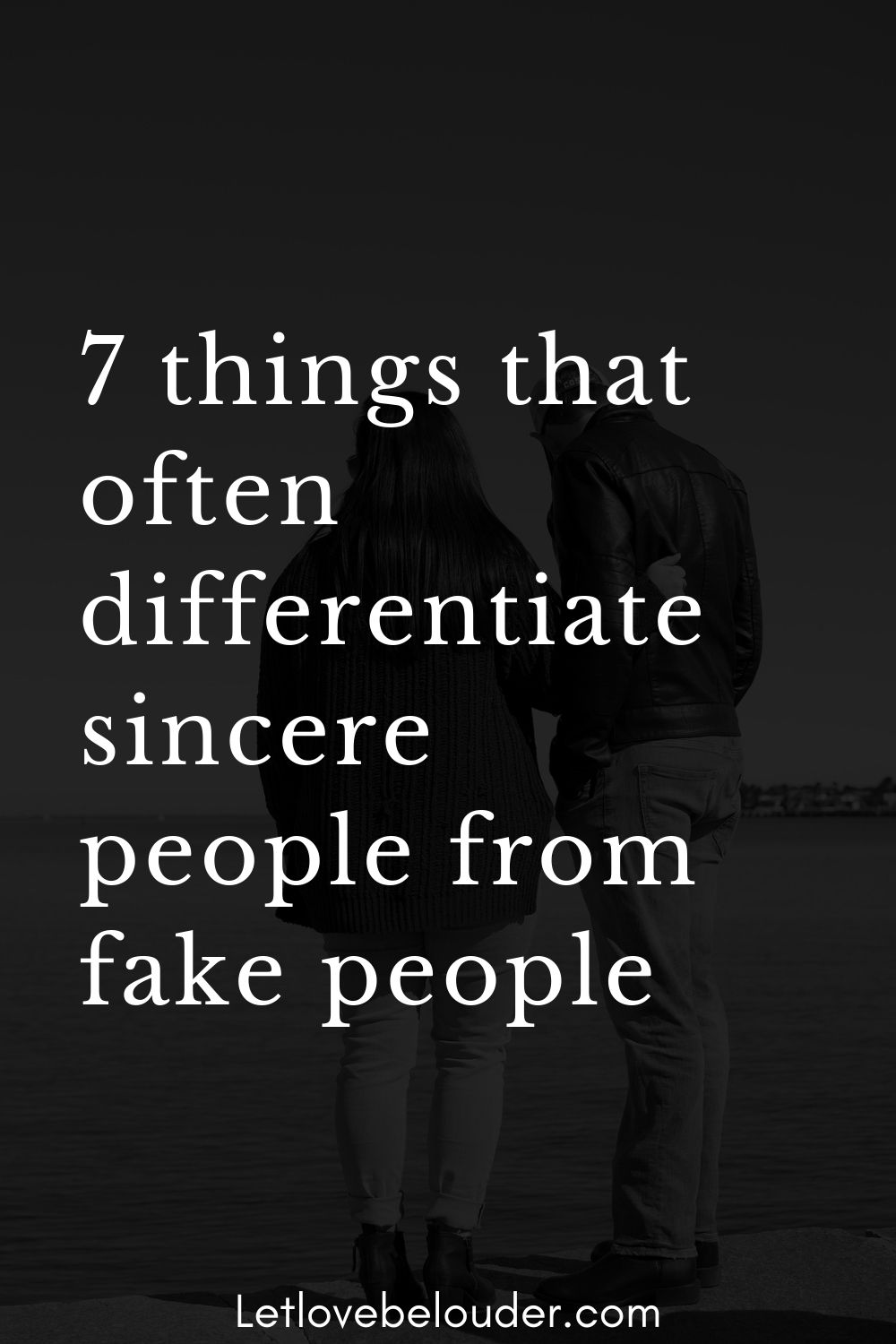