Any sane man would choose it without having to think twice. And yet, there you are, letting it escape.

She knows she is not perfect, but she tries. She tries to be good for you with every atom in her body, with all her heart and all her soul.

The truth is that it is more than enough. It is much more so than all those before. And probably more than any who could come after her. But you’re too stupid to recognize it.

So don’t tell her or anyone else that she is not good enough. Don’t you dare destroy her self-confidence because of your inner demons or your own insecurities.

Don’t let your fear of commitment make you lose a good girl. Don’t let it become something you will regret the most in your life.

She just wants someone who will love her enough to match her efforts. And that’s all. Things are as simple as that with her. Why can’t things be so simple with you?

She fell in love with you and she can’t hide it. Not that she would want it anyway. She’s the kind of girl with a heart on her hand and she’s not ashamed of it.

On the one hand, there is her, who does her best to become sufficient for you, even if it would probably be more than enough for anyone else, and on the other, there is you who fights for the world record to look for excuses.

When she stops having butterflies in her stomach just by thinking of you. Because once all of this stops, you will have lost it forever.

It’s easier like that, right? Don’t get involved, don’t get attached to one person, don’t have someone who expects something from you.

Wandering from one person to another without ever giving your heart to someone completely because you are afraid that someone may break it.

But all this leads you to wake up in a cold bed, to feel alone even in the most shielded room, to be cold inside even if it’s 100 degrees outside. Even if you don’t see it now, it’s the truth.

If you keep seeing only her mistakes, she’ll get tired. If you continue to see her as someone who cannot do anything good, or if you continue to focus on her imperfections, she will eventually see herself as a person who is not good enough for you. And she will leave.

She won’t leave because she doesn’t want to be with you. She is going to leave because you are going to convince her with your behavior that she is not good enough for you.

She will leave because she will think that by doing so, she is making room in your life for someone who is worthy of your love.

All roads lead to it. You’re just too blind to notice it now.

But eventually you will open your eyes. You’ll end up seeing her value and how unique she was. I just hope it won’t be too late.

Because if you let her go, if you convince her that she is not good enough, she will wear this cross all her life.

She will go through her life thinking that there is something wrong with her when in fact you were talking about her faults just to have some excuse not to commit to her.

In reality, it is perfect, but it is easier for you to confuse it than to get up and face your own demons.

Don’t project your insecurities onto it. Don’t lower it so you can stay on the surface. She deserves better than that.

If you’re not ready, let her go. Thank her for everything and let her go. Don’t keep her at arm’s length because it kills her. Let her be happy with someone who will know she is perfect as she is, who will not see her as someone who is not good enough.

Let her find her own happiness if you are not ready to choose her. Because there will be someone who appreciates her efforts and who wants to make her a priority.

She wants it to be you, but truth be told, it doesn’t have to be you. Sometimes God gives us a bigger gift by not accepting our prayer. 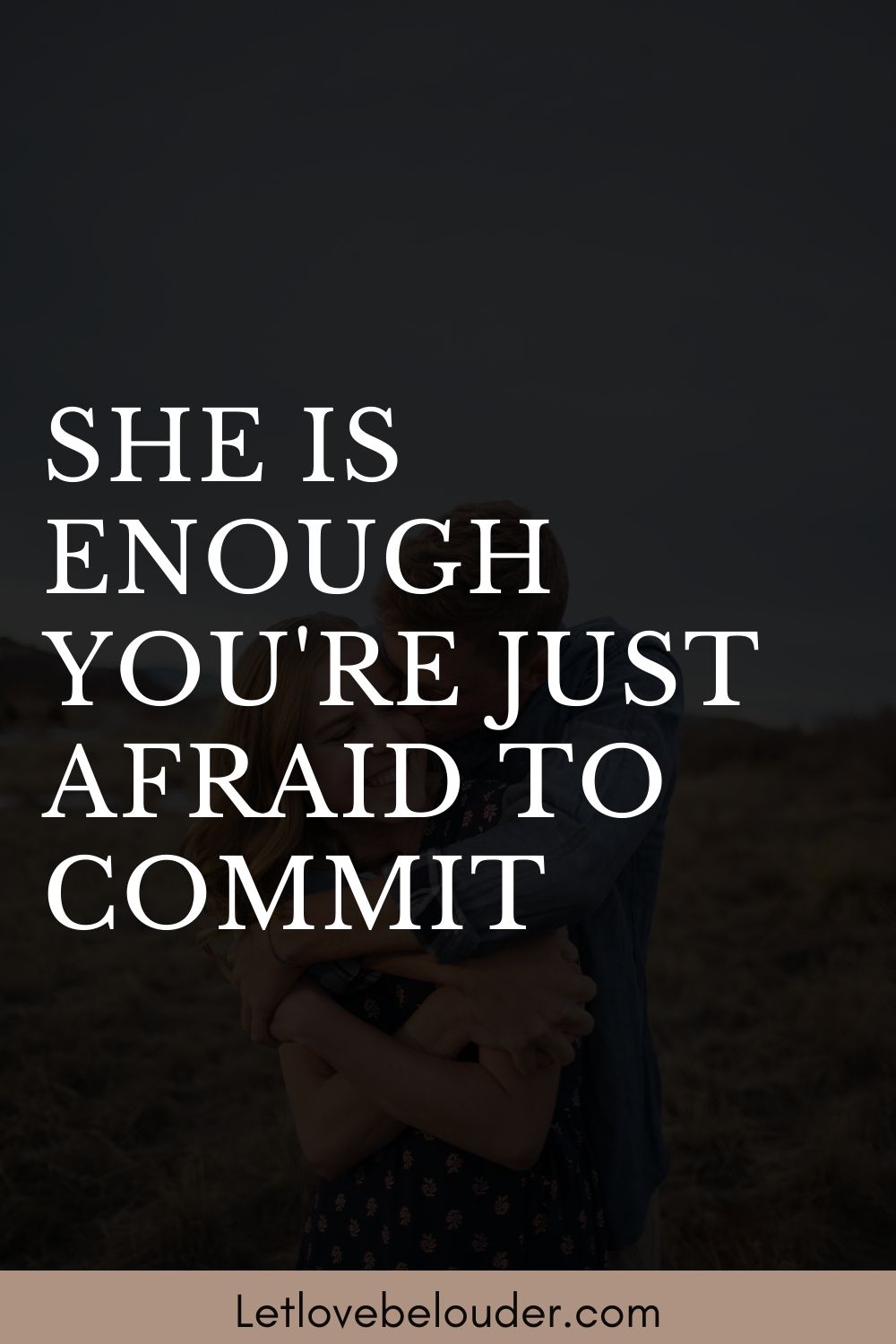