You may not even realize it. You might think that everything is your fault. When in fact he is playing dangerous games with your state of mind.

It was he who mingled his fingers with your lack of confidence in yourself. He is responsible for how you feel.

Think about it: you weren’t that person before. You smile before. You loved things in life. But now it’s all gone, and he’s the one who won it.

He played with your mind to take control of you and turn you into his obedient puppet.

He wanted to take the reins of your relationship by depriving you of all decisions and taking away your right to say anything or to have an opinion in general.

You must end it! Stop this madness around you. Life is too short to spend it with a manipulative asshole who doesn’t care about your feelings.

He’s probably emotionally hurt and insecure, so he’s trying to control your relationship. And that’s why he is a manipulative moron, because deep down, he is not sure of himself.

But there is no excuse for such behavior. The fact that he is not sure of himself does not justify his behavior and the fact that he made you an anxious and frustrated woman, who is brainwashed every day.

It doesn’t justify how it destroyed your self-esteem and your dignity. He did all of that to feel better.

If you suspect your mind has been tampered with, read these little psychological games to see if your guy is putting it on you, and if it is, grab your legs and not look back.

1. The game of reproach

He blames you for everything that is wrong. Blaming yourself is toxic behavior that boosts your ego because it diverts attention from itself, so it feels better and you feel like shit.

He doesn’t want to admit his mistakes, so he forces you to take responsibility for him. And the saddest thing is that it hits you.

After a while, you stop fighting because there is nothing more to do.

Either way, it’s always you who is the culprit. So by stopping fighting, after a while you start to believe it.

He planted that seed in your brain and fed it until it grew and made you believe it was true.

Brainwashing is a psychological term defined as: “A form of psychological violence where the aggressor repeatedly manipulates situations to make the victim distrust his own memory and his own perceptions…”

You see, it’s not your fault. It never was. He made you believe in things that are not real in order to screw up your self-confidence and your dignity.

His plan was to shake your self-confidence, so that you can trust him completely. So he could do whatever he wants with you.

3. The game of guilt

He will get out of it one way or another. When he needs something from you, something that is not so reasonable, he will make you feel guilty for giving it to him.

He will make you sing with his emotions, just so that you succumb and give him what he wants. Unfortunately, you still have feelings for him and, at some point, you feel sorry for him, so you give in.

He has no problem lowering himself to the lowest level in order to get what he wants. He has no morals, and that’s why he succeeds in his game.

This is why it has the power to destroy you.

When you argue and yell at him, he knows how to turn things to his advantage.

Let’s say you are talking about something in particular, you are arguing about it, and after ten minutes you find yourself defending yourself while he blames you for everything.

And that’s not all, you no longer argue for the same thing. Suddenly you are fighting over something you screwed up a year ago and never let go of.

He kept this argument in reserve especially for a moment like this: the moment when he messed up something, and when he can bring it out to throw it in your face.

It is a classic hit of any toxic man in a relationship. Change his behavior in a few minutes without any warning, without any reason. This is what it puts you through.

One day, he is the best boyfriend in the world, and the next day, he is a real moron. Which makes you wonder: the source of the problem, is it you?

Did you do something that upset him? The answer is very simple. You haven’t done anything wrong.

He’s just trying to manipulate you for the next thing he wants to get from you.

Ignore it and leave it as soon as possible. 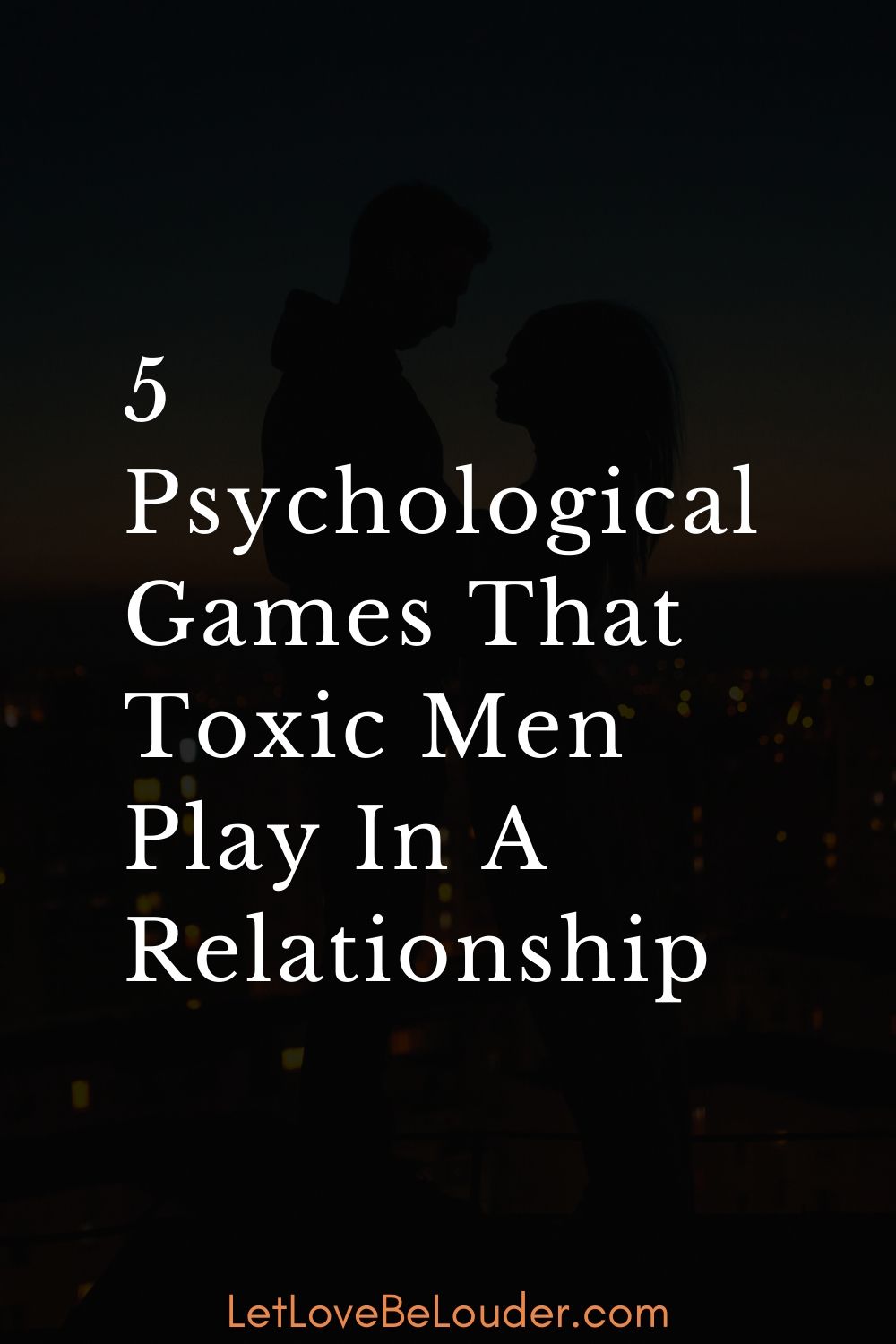