There are several types of extremely problematic men (narcissists, psychopaths and manipulators) who work hard to get on your mind, break your spirit by blackmailing you, humiliating yourself and destroying your self-esteem.

They are afraid of losing you and they pretend to love you. They would do anything to manipulate your feelings.

If you notice that he is using some of the following phrases, you should see this as a red alert.

Unfortunately, these people can do huge damage in your life and that is why it is so important to see the signs as soon as possible.

1. If you leave me, I will kill myself

HUGE RED ALERT. These kinds of people use blackmail because they know it usually works for a while.

It will be useful until you realize you don’t give a damn about what he’s going to do – there’s nothing worse than putting up with it.

It’s so dangerous because he uses mental tricks. He wants to show that all the bad things are your fault. He screamed because you provoked him.

It hit you because you deserve it. He behaves like a real asshole, but he’s trying to convince you that you made him like that.

Does that mean anything to you? If yes, run !!!

It is a situation in which he openly shows you that you are inferior to him.

He reminds you of what happens when he is angry, and he wants you to know that you are about to pay the price.

Don’t let fear take over, and get rid of it as soon as possible!

He’s a selfish bastard. He gives you ultimatums because he knows your weak point. No matter how crazy his demands are, you have to satisfy them in order to prove your love.

My dear daughter, this behavior is sick. No one should force you to do things you don’t want to do, it is defined as violence.

He’s probably still attached to his ex who dumped him because she realized how crazy he was.

He constantly compares you to her and openly shows you that you are not good enough.

The truth is, he’s not interested in you, you’re just there to fill the void in his life.

This one usually comes with a mad request that you don’t want to make. He’s visibly excited and happy about some crazy things you don’t like.

He doesn’t care about your opinion, he wants what he wants, and that’s why he subtly blackmails you with this phrase.

7. You’re too weak to be alone

He knows that you are not strong enough to give up on him now, because you are probably afraid of ending up alone.

He wants to convince you that no one else will want you anyway. He works very hard to shake your self-esteem because the weaker you are, the easier it is for him to manipulate you.

But, in the end, one thing is absolutely true: being single is much better than being in a relationship with a maniac! 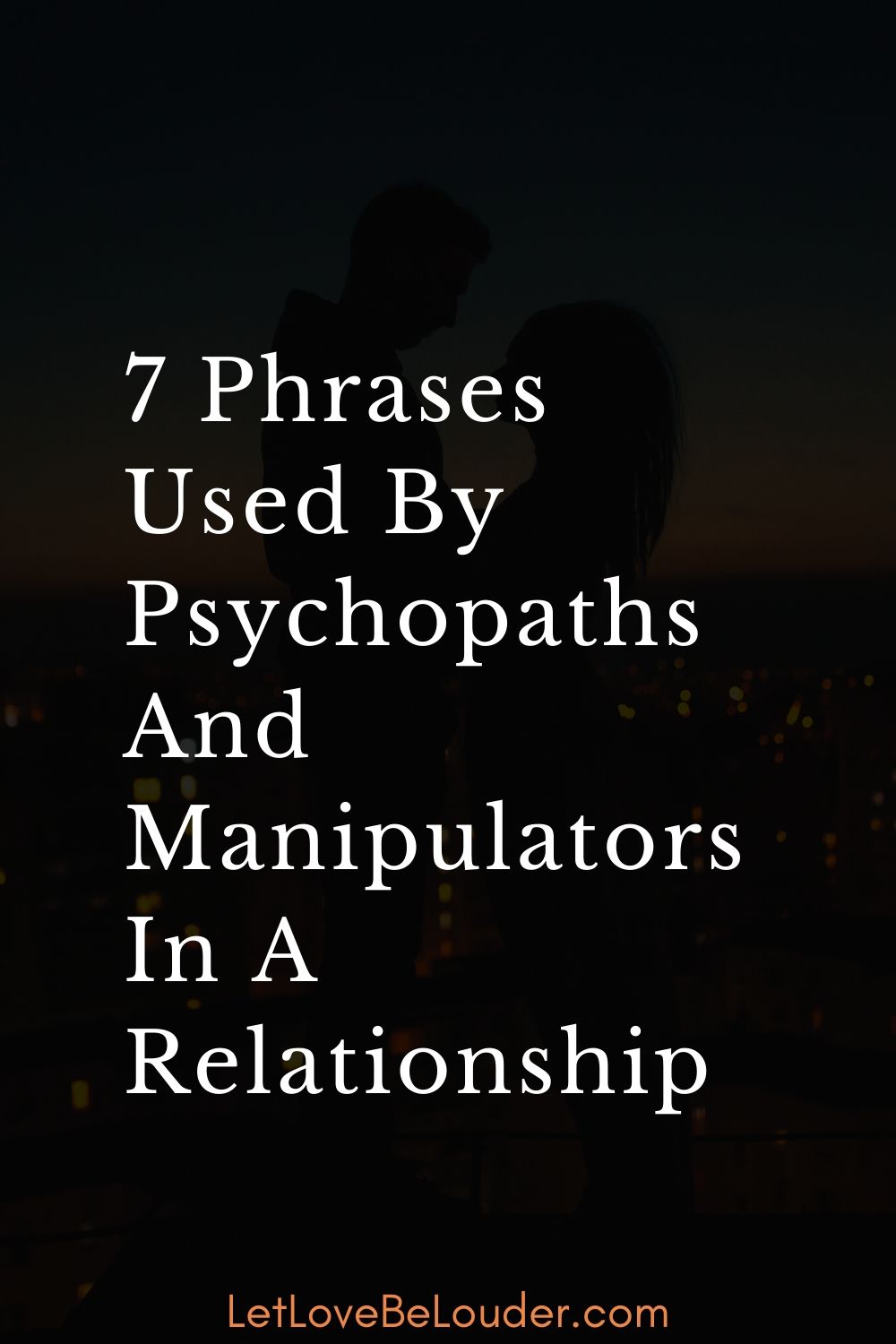