It’s always the same story. A beautiful and strong woman falls in love with a man who gives her everything except love – the most important thing.

She doesn’t want bouquets of flowers, she doesn’t need luxurious things. All she wants is your attention and someone who will love it.

The story ends either with an immediate breakup, or with an attempt to extend something that is to be condemned.

Either way, the heartache is certain. The woman will end up crying and trying to pull herself together. She will blame herself for having fallen into the trap of an emotionally unavailable man.

For all those who are strong and in a happy and lasting relationship, this is all bullshit. They cannot accept that such a man can choose such a woman.

1. They consider them as covenants

When they choose emotionally unavailable men, they choose them with reason. And it is because with them, they can be sure that they will not question their authority.

They will do nothing to compromise their power. These men don’t have the guts to do it.

They will not stand up to them and will not question their decisions. They will go with the flow every time.

While this appears to be an advantage, it is not.

Over time, although their authority is undeniable, these women want their emotionally unavailable men to change.

This usually doesn’t happen, so you end up with the same old story that has two possible outcomes each time.

2. They think that with this kind of man they have less risk

Which means they are safe with them. They won’t be hurt, they’re too strong for that.

But what they don’t see is that love surprises them, blinds them, and they end up suffering anyway.

Independent women promise themselves that they will not become the girl who waits by the phone, waiting for it to call.

They promise themselves that they will not wait or suffer for anyone.

So they’re not one to get too close to someone. They have all been there in the past and it didn’t end badly.

It ended with terrible injuries.

3. Although basically they want emotional security

None of them want to admit it because it would make them look weak. There is nothing weak in wanting to be loved.

But in general, they feel too vulnerable and therefore exposed to the possibility of ending up injured.

Deep down, strong women really need compassion and unconditional love, but they choose emotionally unavailable men, distant men unable to show their feelings because it seems safer for them.

It gives them the impression that they are not suffering.

4. They know that emotionally unavailable men will keep their distance

Strong women are so good at pretending that everything is fine.

They will put on their “I don’t care” mask and remain calm even when they are about to break down.

They build emotional walls all around them to protect themselves.

They treat man the same way. They keep a serious face because like that, he won’t get too close to her. He will keep his distance.

And to keep the relationship alive, they will add an occasional smile or a romantic evening. Just to keep it going.

5. They choose them because it’s easier

They love their ability to control everything too much. And if loneliness is the price to pay, too bad!

There is nothing worse for a strong woman than compromising, letting her partner see her vulnerable side and their decisions.

The only people they trust are themselves.

Their ideal choice for a relationship is therefore a man who does not get too involved. Because he doesn’t care.

Sometimes the heart makes its own decisions and their minds are overwhelmed with questions like, “What if he hurts me?”, “What if I let him love me and he doesn’t know how?”, “And s ‘is he trying to manipulate me?’ .

They will ask themselves questions, but in the end, they will never give up.

They will never let anyone compromise their freedom or independence.

Basically, they are so afraid of losing what they have taken so long to build.

This is why women choose men who are emotionally unavailable. Because it is their own choice. 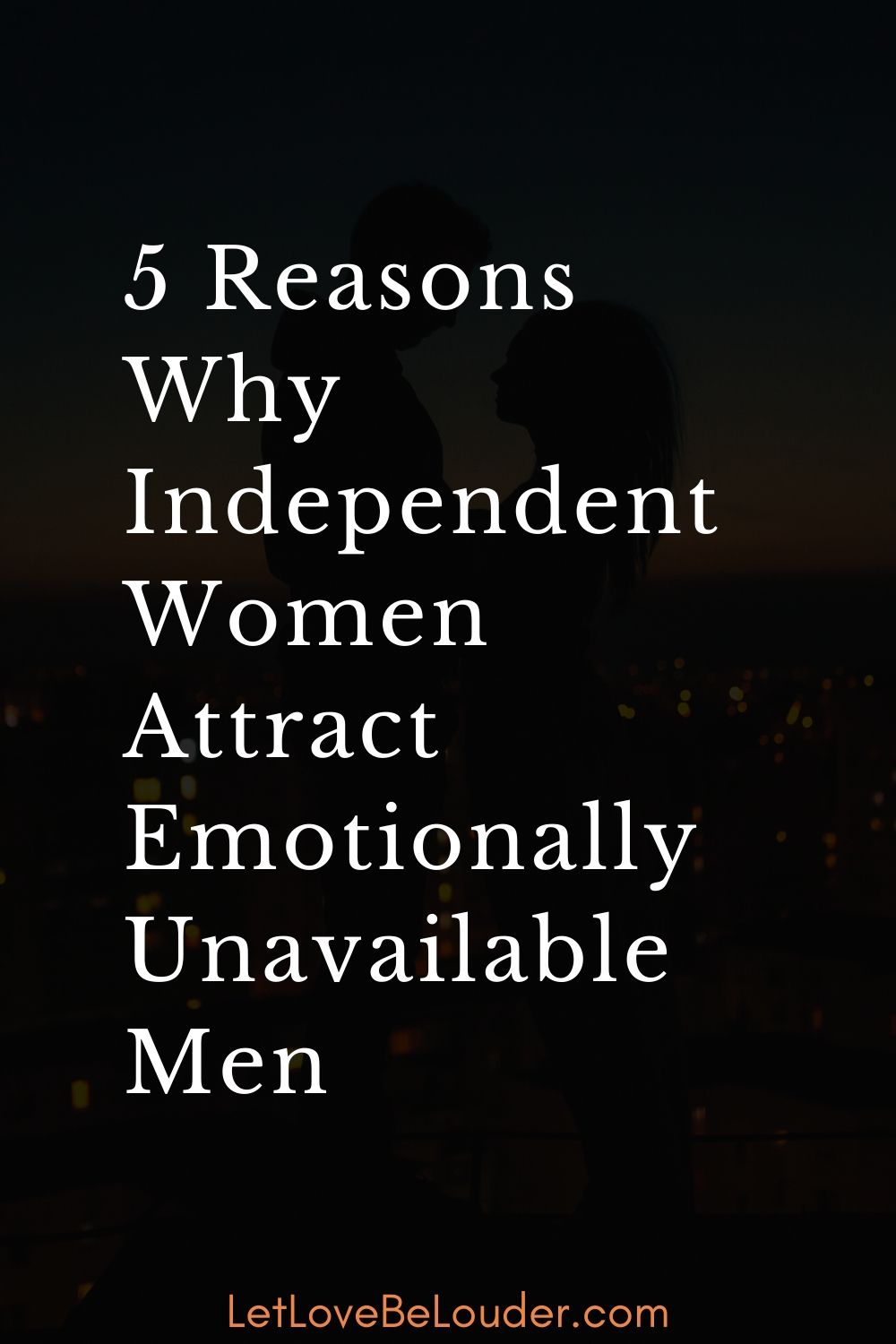