Not talking about labels has become a trend these days. You can find yourself in a situation where you see someone for months without knowing if you are exclusive or not.

This is where the assumptions come in. You assume that if he is the only one you see and you don’t need anyone else, he feels and acts the same way.

But without having “the conversation”, you don’t really know if you are the only woman in your life. Don’t assume, and get to the bottom of it.

Read the signs listed below and determine if he keeps his options open. Keep in mind that these signs don’t mean much individually, but that if he ticks most of the boxes, you’re probably not the only woman he’s dating:

He always keeps you at a distance. He doesn’t seem in a hurry to open up and let you approach. You mostly talk about yourself or other topics that don’t include him or you both as a couple.

Whatever you two have, it won’t progress until it lets you get close. Being able to share and confide in someone is what distinguishes a real relationship from simply dating.

If you’ve opened up to him and hoped he’ll follow your example, but it didn’t get you anywhere, chances are he’s not as serious about you as you want.

2. He only sends SMS

It is easier to use texting, especially during the initial stages of the meeting, when you are still getting to know yourself.

But if this behavior continues and a few text messages here and there are all you get, there is something there that should worry you.

A man who only takes care of you will pick up the phone and call to hear your voice or make a video call to see you from time to time. It’s easier to bond this way and make deeper connections, at least when you really want to.

3. He is vague when he describes his plans

Sure, he may have other plans, and he won’t be glued to you 24 hours a day. But pay attention to how he explains where he is.

More often than not, you have no idea what it is doing. He has “a family business”, “something at work”, “some shopping to do”, “a friend needs help”, etc.

In addition to being vague about his whereabouts, he never tells them later. He never says where he went, what he did or how it went. It makes you think, doesn’t it?

4. He’s used to canceling plans at the last minute

It happens. Life is unpredictable, and it is normal that plans are sometimes moved or canceled.

Sometimes yes, but not all the time. When juggling multiple women at the same time, it can be quite difficult to manage your schedule. That’s why he gets lost there.

Pay attention. If in addition to other behaviors seem a little strange, there is certainly a reason to worry.

5. He doesn’t add you on social media

You can learn a lot about a man if you browse his social networks. This is why a guy who keeps his options open will try to leave you out of them.

He will invent a compelling story. He could say that he generally doesn’t add people he associates with, that social networks complicate things and create jealousy or something.

It’s a safe bet that he’s trying to sell the same story to other women too, and it’s easier to hang out with multiple people at the same time when they’re less likely to discover each other. other.

6. He never leaves his phone unattended

His phone has a better protection system than the Pentagon, and you wouldn’t be able to get into it even if you wanted to. However, he never left his phone near you and left the room.

In addition, he never reads his texts and never answers the phone when you are there. He doesn’t want you to see or hear something that you shouldn’t see.

Nor is he very keen to give you his phone if you need to use it for any reason.

A guy who has nothing to hide would not be suspicious in these situations. You don’t need to know how to unlock his phone, but he shouldn’t mind leaving him around, answering calls, or reading texts when you’re by his side.

7. He disappears from time to time

He will be super cute, attentive and will not let you go for a while, and then suddenly he will make you a disappearance tour.

It will not be forever. He’ll come back, pretending to be nothing or having a phony excuse up his sleeve.

This kind of behavior is unacceptable. He disrespects you, he makes you walk and he might even have a girl next to him. It’s a good reason to get rid of it.

8. He has too many friends

Sure, he may have a few good friends, but they’re all friends you know – or know when things get a little more serious.

But if he never talks about it, it is a red flag, especially if you come across them and that he presents you as one of his many friends. It is more than obvious that something is wrong.

It is only a matter of time before a man who multiplies dates gets tangled up with paintbrushes. Even though he has mastered lying as one of his many skills, he is doomed to make a mistake at some point.

The first thing that will blow up its cover is that it has different versions of the same story.

One day he will talk about going out with his friends on Friday evening, and if you ask him a few days later, he spent that same Friday evening relaxing at home watching movies.

10. Talking about engagement is something he skilfully avoids

He is very good with words, and is able to turn every situation in his favor. You may have even tried to have “the conversation” with him, but he managed to change the subject in one way or another.

He may not say it directly, but he will say he is not serious right now. He has a wild nature and a free spirit. He doesn’t want to complicate things. He needs time, etc.

These indirect things are pretty straightforward if you look at them closely. Don’t let him take you by boat.

11. Your Instinct Tells You Something Is Wrong

How many times have you been in trouble because you chose to ignore your guts? Far too many times, right?

Don’t do it this time. If you think something is wrong, speak to them directly. Ask him if you are the only one he sees and if you are exclusive or not.

Life is too short to beat around the bush and play games. If you are not the only woman in your life as you thought, it is time to say goodbye. 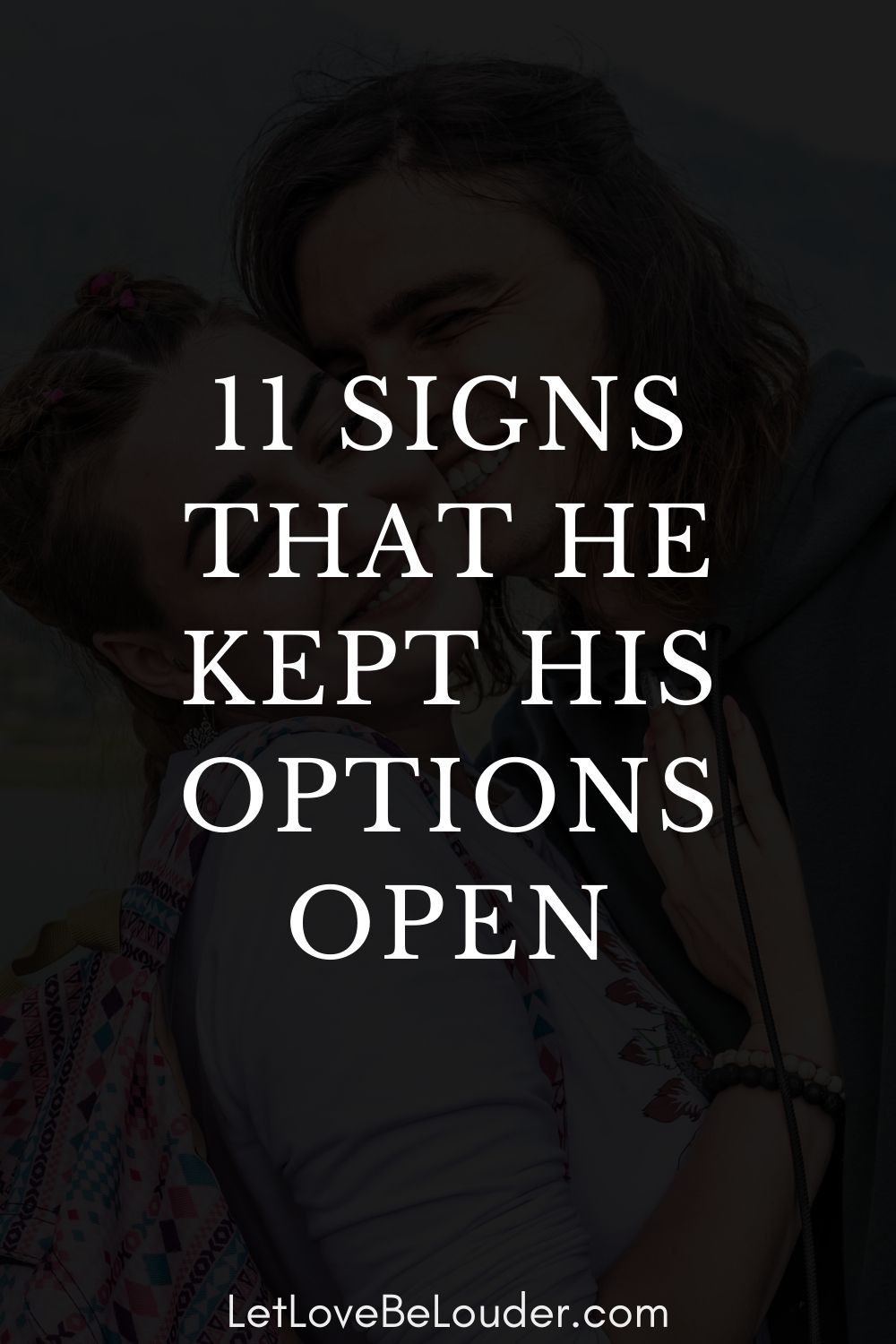