When a man leaves us, our whole world collapses. We feel rejected and alone.

We have all felt this awful feeling and gone through the healing process that followed. But what if it was possible to be one step ahead of this guy, about to break our hearts?

What would happen if it were possible to anticipate his departure?

There would be no grief, not even in case you really liked it. Because at some point, you would have noticed that he was playing with you so as to find an excuse to break up.

He is probably cowardly and weak, a man without virility, unable to take it upon himself and tell you in the face that he wants to leave you.

So, he uses the most disgusting and cowardly means to extricate himself from the “disorder” in which he finds himself – he plays with your mind, trying to convince you that the problem came from you from the start and from escape with clean hands and without guilt.

They were so in love with these men who used and abused them that they failed to see that something was wrong.

And even if they had noticed that something was wrong, they would never have admitted it because the bubble in which they lived would have exploded. Sometimes ignoring the truth is easier than facing it and receiving all the beating that comes with it.

That is why it is important to take an objective look at your life. Put your love aside because love makes you blind and prevents you from seeing things as they are. Maybe you don’t want it or you can’t.

Men use many means to play with the minds of women. We are all different and so are our actions. The things that reach us are diverse, as are the things that hurt us.

Affective psychopaths as well as all men playing with people as if they were objects and not human beings are clever enough to know how to reach us and where to strike to hurt very badly.

These men do this because they want to break up with you and set the scene so that the fault seems to be yours. Here are some of the games they use to get what they want and get out of a relationship.

There are many reasons for this behavior. But the most common of these is that he just wants to grab your attention and stir up your jealousy – which isn’t very healthy either.

But there is another reason for it: it is trying to send you a subtle signal, meaning that it will leave you soon.

The problem is, if you ask him why he behaves this way, he won’t answer you clearly. It is likely that he lies to you and poses as a victim so that you feel guilty and leave him alone.

He will tell you that you are no longer interested in him and that he feels alone, when in truth, he is fed up and will leave you very soon. And when he leaves you, you will feel like one less than nothing, thinking that it is all your fault that you should have loved him more.

2. He makes you feel guilty

He will make you feel completely useless. No matter how hard you fight for your relationship to work, he will find a way to complain about your behavior. It will make you bear responsibility for everything that goes wrong.

Even when you are in a bad mood but try to take it upon yourself for its good, it will sink you in and provoke you for the simple purpose of annoying you; so as to pose as a victim once more and make you pass for the bad guy.

The best thing you can do in such a situation is to cut off all contact with him and leave him. Even if it gives him the satisfaction of not being the one who breaks up while successfully getting rid of you, he is not worthy of your grief.

3. He will lie to you all the time

It is even likely that he has an open connection. You will simply know that it is cheating on you and that it is intentional. He wants you to know because he is preparing you for the breakup.

But the most twisted part is that, even if he wants you to know that he no longer loves you, he will lie to you in order to find a justification for his actions because once again, he does not want to assume the role bad guy. He’ll lie about where he is and who he’s hanging out with – even if you smell another woman on him. He will deny everything.

Don’t stay to see what’s going on. Don’t give him another chance that he doesn’t deserve and that he probably doesn’t want either. Don’t let him fool you with his lies and ridicule you.

Never let him see that his obvious lies are reaching you and put an end to it. And if he demands to know the reason, what a psychopath like him will do, simply tell him that “that’s how it is”. Don’t give him the satisfaction of seeing your grief.

4. He will use the “Gaslighting” strategy

And it’s a gold mine of manipulation. It is the cruelest and most effective unhealthy game that exists. Gaslighting is a form of psychological violence in which the aggressor manipulates situations several times to make you believe that you are going crazy.

You can escape this type of situation by noting things down. It will be impossible for you to note everything that happens in your life but after a certain time, the situations will repeat themselves then, take note of everything he says or promises then of what he ends up by actually do.

You will understand that it is the problem and not you. He plays with your mind so that after he breaks up with you, he can use the excuse that you are completely crazy and that he had no choice but to leave you. .

He will press where it takes to make you angry and then use that anger against you. No matter how patient you are, after constant verbal and psychological assaults, you will eventually crack under pressure and implode. And that’s what he wanted from the start.

Since you’ve been together for a while, he knows exactly what makes you angry and will use it at your expense. Once you get mad, he will play the victims and turn the situation around.

See, this manipulation tactic is a perfect cover for a breakup because you will become one with which it is impossible to be. You are hysterical and scream all the time.

Seen from the outside, it is the truth but by digging further, you will see that he planted the seed of chaos and staged the whole situation.

And all because he doesn’t have the courage to leave you. He acted like a completely immature mom son, just a coward.

You don’t deserve a coward, you deserve a man, a real one. 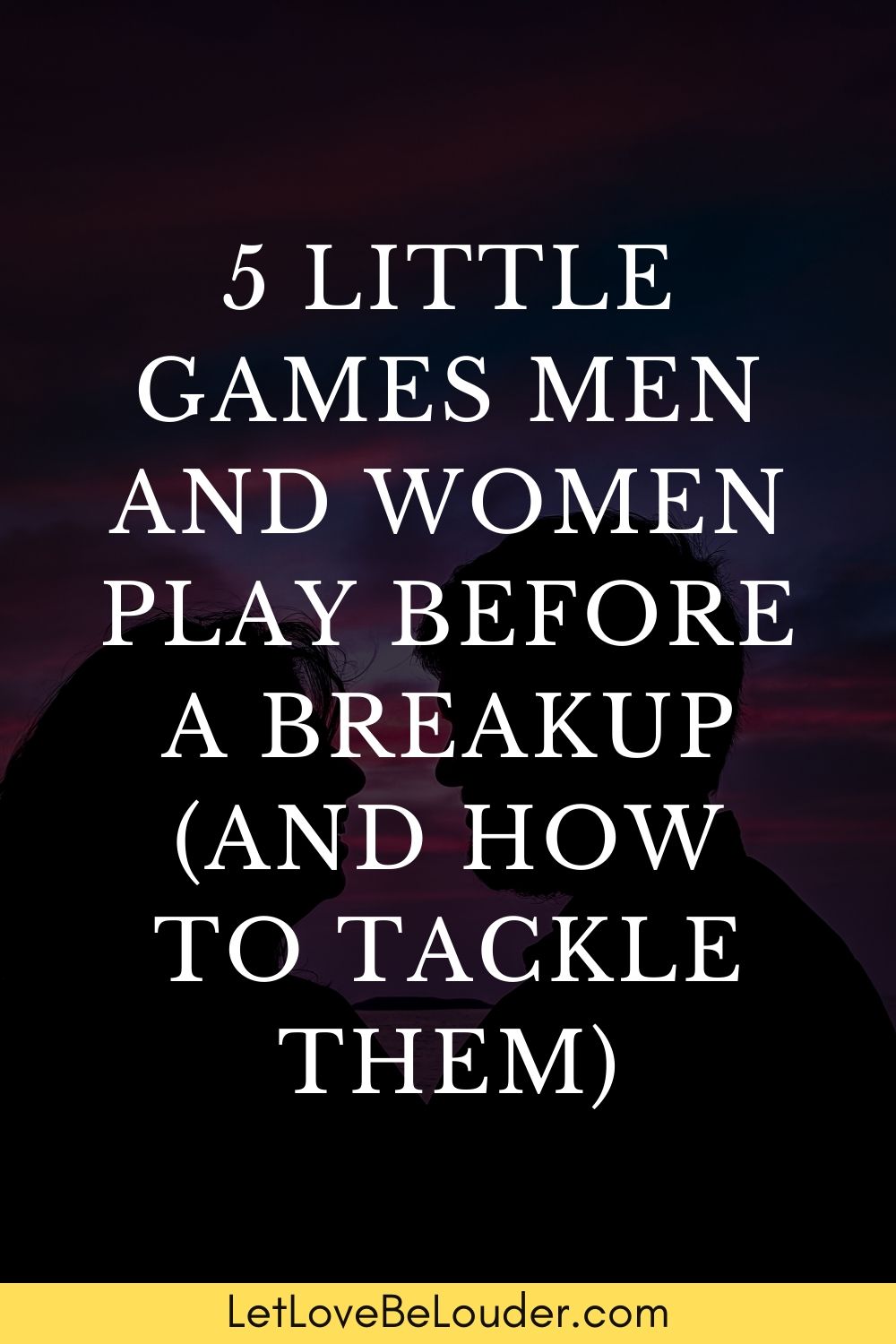