During our lives, we meet a multitude of different people. Some leave us deeply indifferent, others mark us for good or for bad … Finally, there are also these few people with whom we can fall madly in love, to lose reason.

According to psychologist Irina Chesnova, there is a reason why we fall in love with certain specific people, and not others!

This is what the psychology of love says, and why we make the choices we make when we are in a relationship. Sometimes it is difficult for us to define exactly why a particular person interests us rather than another, and to explain precisely why we feel so attracted. Some explain this by “the alchemy of two beings”, the “magic of love”, the fact that such feelings cannot be explained. However, according to psychologist Irina Chesnova,  if it is so difficult for us to explain why we fall in love with another person, it is largely because this feeling is instinctive and this choice is deeply rooted in the field. of the unconscious.

Each of us keeps, engraved in the depths of our being, the images of people, and things that played a role in our childhood, in our development towards maturity. For most people, it is the images of our parents – but also of other loved ones – who left their mark on our destinies, who shaped us in their own way, and who helped us become what we are. today.

In these images which often mix the reality and the dreams of childhood, there is something eminently founding, explains the psychologist again.

And of course, it is precisely these images of adults who took care of us, which we naturally associate with feelings such as love, the love we received (or did not receive) during from our childhood.

So when a person seems to correspond and “stick” to this image, it awakens in us old feelings buried deep within us, which relate to our first significant relationships and a strong feeling of affection. Therefore, we can no longer be indifferent to this person: we feel intrigued, moved, and soon, we end up falling in love.

This is why many people are in a relationship with a person who resembles their father or mother (or another family member),  whether in terms of habits, body language, opinions, or even physical appearance.

This resemblance, sometimes difficult to grasp in a conscious manner, plays a big role in our attraction for this person because it touches an extremely powerful and deep bond.

The importance of events that occurred during childhood in our choice of a partner.

In psychology, we can start from the principle that we are led to choose (or seek) an “improved father or mother” in our love life. That is to say that strangely this person, in one way or another, looks a little like one of our parents (which means that we know “intuitively” how to interact with him) but in another measure, this person is also completely different from the parents in some aspects. It is in particular the “negative” or missing aspects of this relationship with the father or mother that we will seek to fill.

For example, if when you were a child something was missing in your relationship with your parents, it is this aspect that you may have to look for in your romantic relationship (and this, unconsciously) in order to fill this gap.

This is why we are often led to seek people who, in our eyes, help us to heal our wounds, to face problems, to palliate our psychological needs, to realize our hopes, our dreams, our expectations… And to get something that we feel we did not have enough during our childhood: love, protection, approval, admiration, independence, self-esteem, confidence, feeling of pride…

The search for our “half”

Another curious fact: it seems that we are looking for in the other person a kind of twin which is both similar to us and different, and which completes us.

Something that we also translate beautifully into everyday language and expressions: we speak well of the “soul mate”, of our “half”, and Plato himself evoked in his  Banquet the myth of the Androgyne to explain love: according to this myth, men and women originally formed a single being with two faces, four arms, and four legs. These beings were then cut in two by the gods who feared their power, forcing each of these halves to seek the other, throughout life, in order to find themselves again in full.

This other “half” completes us because it has qualities that are less well developed here, and conversely, we also complete it in our own way. Thus, it may be for example that the loved one is firm and determined when you just lack firmness, that he is rather reserved when you are more spontaneous, each having strengths and weaknesses which correspond to those of the other.

Different… but not too much

But if “opposites attract,” harmony is also essential, and two people also need a certain degree of similarity between them.

Thus, according to psychologist and analyst Vadim Petrovsky, there are at least three main fundamental criteria that must be able to coincide within a couple, so that the latter is united.

The first is general temperament.

If a person has a “warm” and passionate temperament, his ideal partner should be just as much. If on the contrary, the person is rather shy, not really demonstrative in his feelings, he will be more comfortable with a similar person.

The second is the level of openness.

In a couple, both people must be equally open-minded. If one of the people is more open than the other, this can generate tensions, misunderstandings, or even frustrations which will make it difficult for the couple to maintain themselves over time.

Finally, their level of jealousy must be similar.

Jealousy within a couple is sometimes an inevitable thing, however, that does not jeopardize the survival of the couple… If (and only if) the two people are just as jealous one as the other, affirms Petrovsky. On the contrary, if one person experiences jealousy while the other does not, a feeling of insecurity and lack of affection will quickly set in.

Finding imperfections that correspond to us

A relationship between two people is like a living organism or an ecosystem, which can evolve, grow, and sometimes get sick. This organism can heal itself, just as it can die prematurely.

At the beginning of a relationship, we are under the effect of very powerful feelings and emotions.  Like a drug, it alters our perception of reality and prevents us from seeing possible defects in our partner.

The point is, we fall in love with someone we don’t know everything about yet. It is only after a while that we begin to perceive things as they really are: we realize that we have in front of us, not a perfect being, but a person with his qualities and his faults.

It is at this point that there are only two possible options: to be disappointed and separate to go in search of a new ideal, or to accept faults, to learn to dialogue, to accept differences and imperfections, admit the right of everyone not to be perfect.

This is why it is important not to try to “change” the points that you do not like at this point in your relationship, because not only will you not succeed, but you risk making things worse for both parties.

Rather than trying to change the things that don’t suit you, the only real solution is to accept these weaknesses while taking into account the strengths that exist in return – or else realize that it just doesn’t suit you. , admit that you are not made for each other, and seek a person who will better meet your expectations.

Just keep in mind that nobody is perfect, and that the goal is also to find a person who completes you, so that you can help each other with the assets of each. 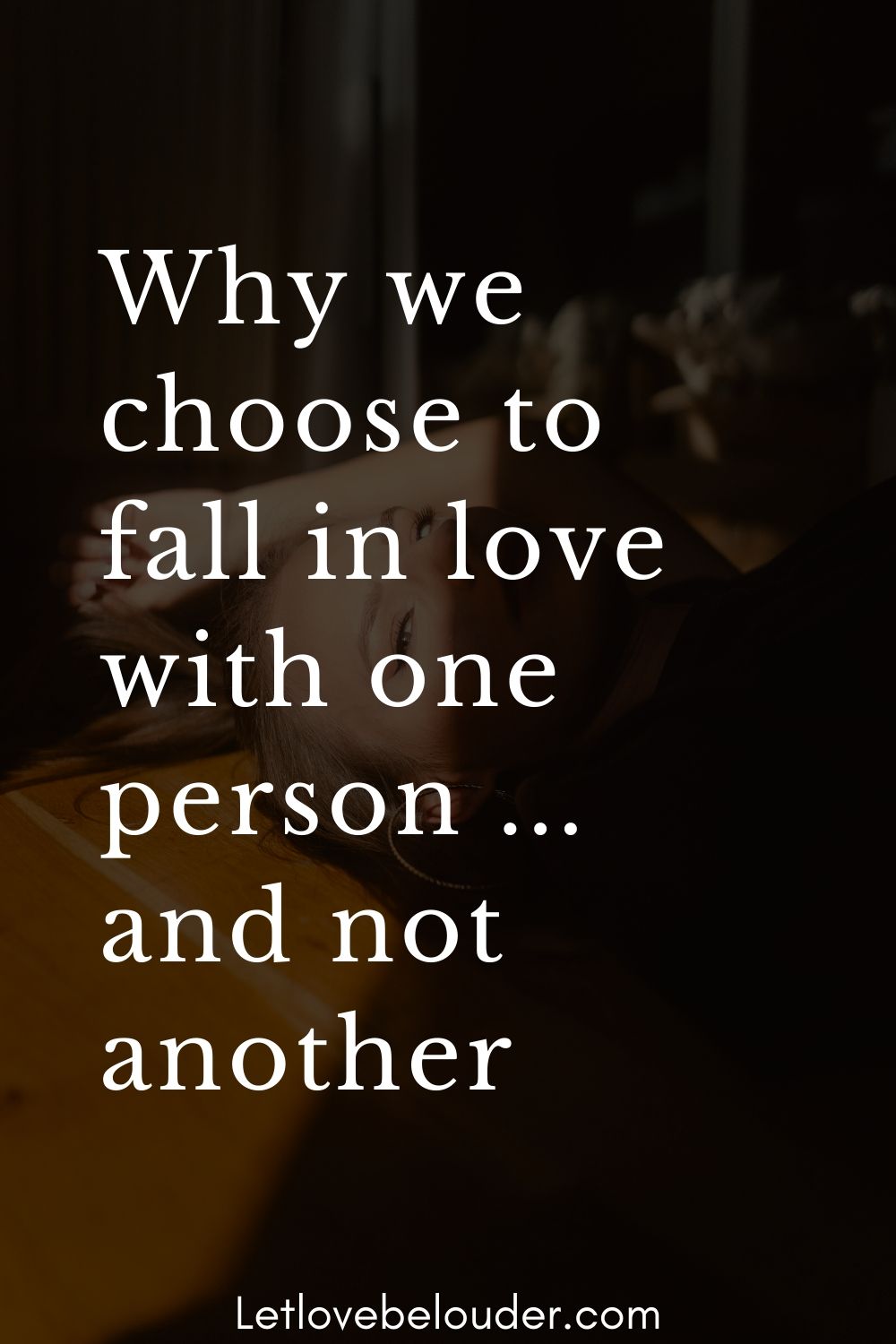