And then one day, it happened like a flash of lucidity.

Never accept less than what you deserve again.

To come to this obvious conclusion, it took him many months.

To close my eyes.

To find justifications and excuses to keep from hurting.

He hadn’t promised her an exclusive relationship. She knew it very well.

“A few good times will be enough. “

“It’ll keep you busy while you wait to find someone.” “

“Reject before being rejected. “

She wanted to step into the shoes of a character who has never been hers. A role that was never made for her.

And she got attached.

Does he call him systematically after 11 p.m. to come home?

She rushes! The opportunity is too good to receive the semblance of attention that he agrees to give him.

She doesn’t call anymore. Do not ask.

Far too afraid to see another refusal.

She prefers to give him the initiative. It makes her feel like she’s wanted.

Not asking for anything leads to feverish waiting and the suffering of realizing that he is not expecting anything.

Why would he do it?

She never declines her invitations.

Better. She is running!

Because where she believes she sees desire, a victory, crumbs of attention obtained by dint of passivity… ..it is only a simple combination of circumstances.

Play the indifference card in the name of the fear of being rejected and get caught in your own trap. How ironic …

And then one day, she confides in a friend. The words click.

“I thought you were smarter than that!” “

But all this has nothing to do with intelligence.

At first, it was a desire for lightness coupled with a challenge: with her, it would be different.

It is precisely because he does not feel the urge that she would prove to him that she is worth investing in her. Let him love her.

Slowly, she swings towards the pathetic ”  better to be badly accompanied than alone  “.

The anguish of loneliness should not make us accept everything.

The love she thought she had for him was just her bad habit of giving too much to ultimately receive little.

Behind the attachment she thought was real was actually the desperate expectation of some attention.

Of course, the loneliness is sometimes heavy but now she knows it, it will never be more so than the suffering she endured. And in this case, we feel all the more alone and helpless in the face of our pain.

Learn to trust yourself again. Never doubt its value.

Do not sell off to try to fill your gaps.

Knowing how to trust appearances and listen to your intuition so as not to look for excuses and delude yourself.

Don’t feel guilty. It was a mistake, not a mistake.

Refuse to be in pain and not do things to yourself in the name of fear of being alone.

And then one day she looked at herself in the mirror and whispered:

”  I will never accept less than what I deserve again  “ 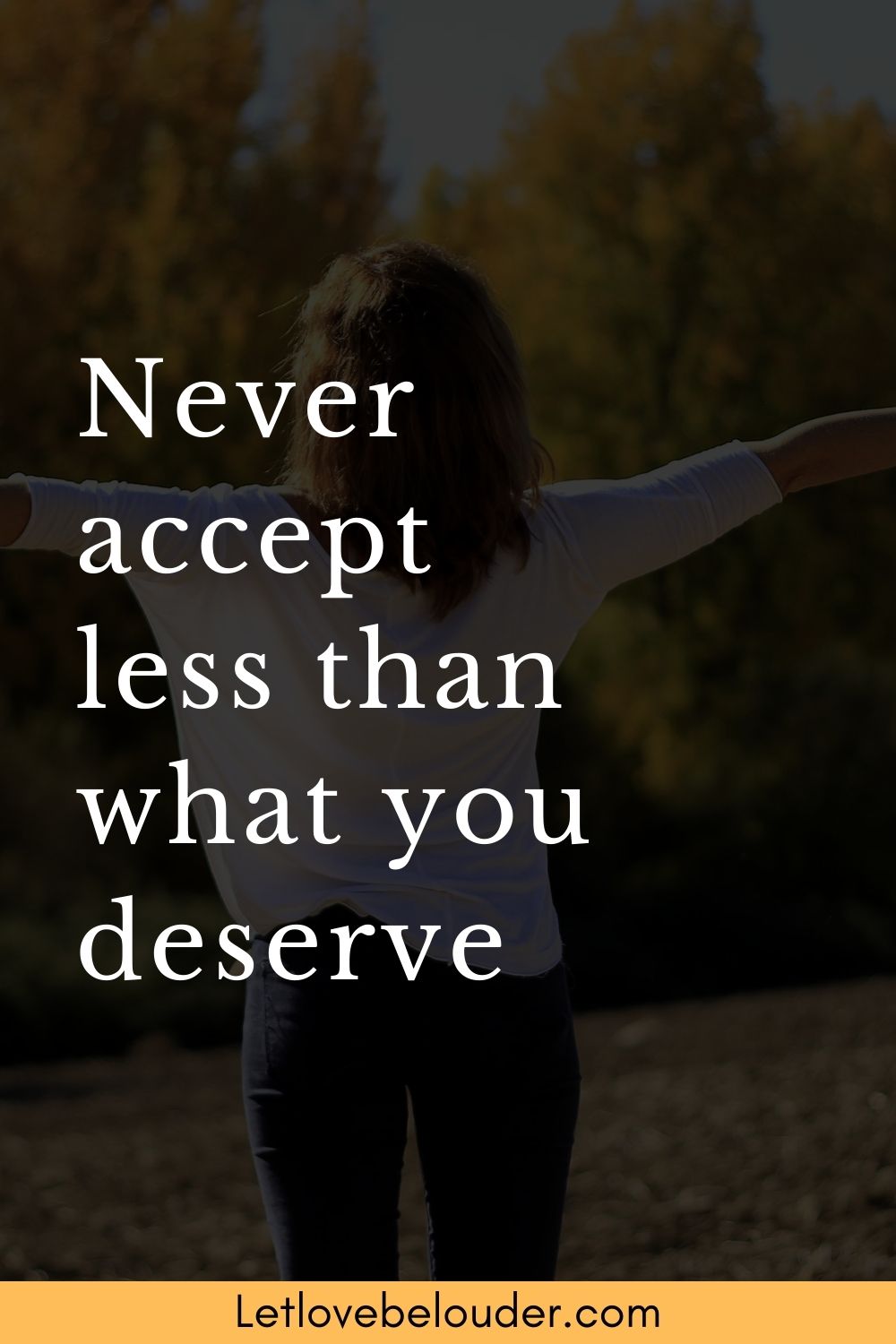