Sometimes in a romantic relationship, it can happen that our partner takes his distance on an emotional level.

It can be confusing, frustrating, and painful. But there is a reason for this.

In the majority of cases, when a man distances himself, it does not concern you. If he’s looking to comfort himself or take a step back in a conversation, most of the time it has nothing to do with the loved one.

Rather, it is about the emotional intensity and confusion that emotions generate. In reality, men only need more time to integrate and understand emotions. And this understanding does not come spontaneously in the middle of a heated discussion.

Men need time and space to understand what is going on, both within themselves and with their partner.

From an early age, they were taught not to feel their emotions. And if ever they happened to show it, it often followed mockery and attacks. We often hear “big boys don’t cry”. So when men find themselves faced with emotional situations, they don’t know how to react.

Men are taught to be tough, to protect, and kill in defense of their families, which causes them emotional harm. Violence and the expectation of violence impose an absence of emotional sensitivity.

It is important to have compassion towards a man who finds himself emotionally vulnerable and who becomes aware of his sensitivity.

Men want an intimate connection, they just don’t know how to go about it.

Women have grown up as sensitive and deep beings. They are able to observe, feel, recognize, and communicate their feelings better than men. They are also able to observe and recognize emotional states in others. And when a woman meets a man who loves her, on some level she feels a lot of hope because she has found an emotional match.

Women will open their hearts and share their feelings without realizing that it can impact a man. And when a man reacts other than what they expect, then they feel hurt or misunderstood. How these feelings are expressed matters a lot.

In reality, men lack experience in the emotional realm. They find themselves faced with confusing and contradictory emotions. And when they meet a woman who loves them and whom they love back, they look like a child learning to walk. They fall, make mistakes, and don’t know how to listen and communicate their emotions.

Men experience a learning curve when they realize their deep sensitivity.

And like all beginners, they make mistakes. Men need an emotional example, and to learn to live with emotions in a healthy way. They must also be accepted as they are, as beginners with good intention. We cannot ask a man to control his emotions.

For most men, controlling your emotions means suppressing them, hiding your feelings behind a mask of stoicism, or just shutting them off altogether. They need time to identify subtle emotions, not to mention how they work and how they influence themselves and those around them.

Any teacher knows that making fun of a beginner, or putting him down, will only delay the learning curve.

The woman becomes this guide in the mysterious realms of the feeling of the emotions. When she expresses her anger, belittles her man, or makes fun of him, he feels attacked.

And when a man faces a woman’s anger, he reacts the way he has been taught to feel emotions since he was a child; with anger. Anger is one of the few accepted emotions in men because it is a necessary emotion to be a soldier. Anger is a natural defensive response for men. And when they get angry with their wives, there are a lot of problems afterwards. Guilt, shame, inadequacy, failure, and fear.

The natural reaction of an injured or confused man is to withdraw.

Almost everyone knows the human need to retreat to their cave. And whether it is a physical space, or mental space, or even silence, the cave is an essential healing tool for the manly mind. The cave allows the integration of experience, introspection to see what is going on inside, and understanding to know how to react better afterwards.

When a man is facing an emotionally stable woman, it allows him to understand his own emotions. This will give him the security necessary to express and unveil his own strengths. He will do his best, evolve faster, and reveal the depths of his mind with increasing strength and confidence.

And as the man learns to understand his emotions, he also faces additional challenges from his friends, family, and the world.

In contrast, a woman who is unsure of her own emotions will see a withdrawing man as a threat, and attack him. It is the antithesis of supportive behavior.

She may not realize that this is a brave man about to show his emotions with vulnerable confidence. Gentle understanding and compassionate acceptance brings healing and deepens the relationship.

Just as a tree needs time to grow and flourish, a man who is learning to accept his deepest truths will need time to fully develop.

Appreciate men who take the time to unleash their sensitive side. It takes a brave lionheart to face society’s expectations and programmed beliefs. 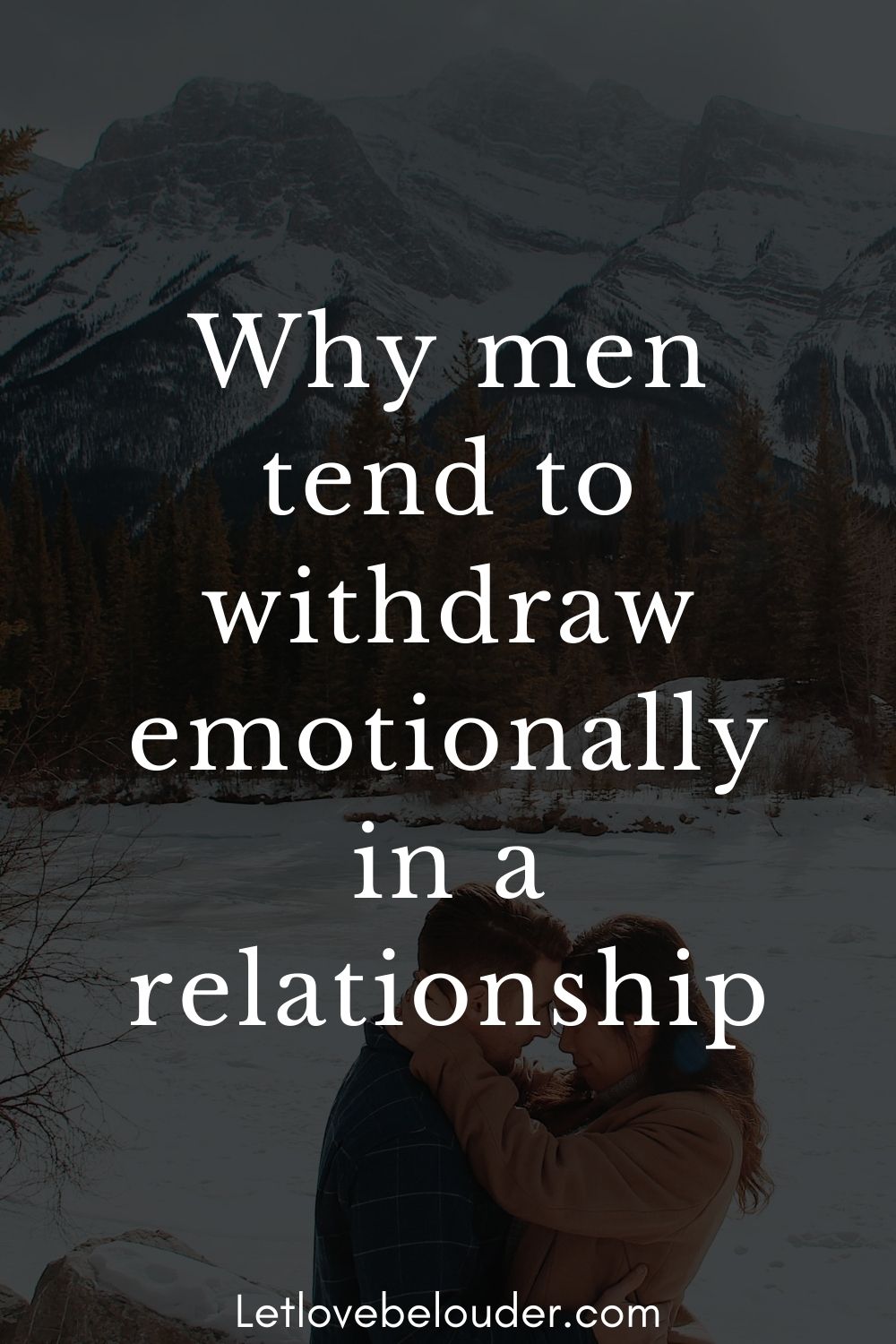