How do you know what it really means when a guy tells you he misses you?

There is probably no sign that can actually decrypt such a coded message. It is impossible to be 100% sure of his honesty.

It is difficult to know if he is sincere or if he just wants to sleep with you.

Perhaps you will end up heartbroken because you have been the victim of an eternal player or perhaps you will be happy for the rest of your life in a perfect relationship. 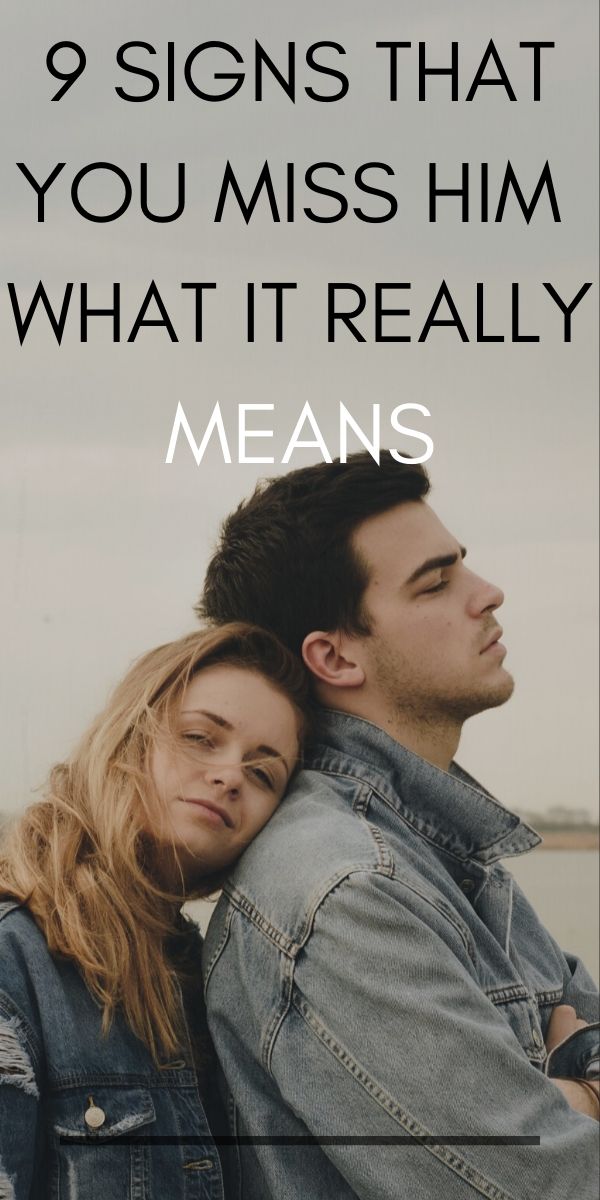 Don’t you want to know which of these possibilities will work for you? Of course you want to.

Couple relationships are quite complex without adding any additional problems. When you think about it, the question is not as serious compared to the ones you are currently asking yourself.

You will already be faced with tons of challenges and conflicting messages, so you won’t want to think about what it means when he says he misses you.

You have to be alert to all the signs because sometimes people refuse to see the truth even when it is right in front of their eyes. When you’re in love, it’s hard to see clearly.

Sometimes our need for love prevents us from seeing our situation as it is.

So try to be objective. Try to make the difference between logic and your feelings. I know it is difficult because when the heart wants something, it is complicated to do otherwise.

But for your own sake and to avoid being heartbroken in the near future, be careful, at least at first.

Try to look at your situation from a different angle. Consider things that happen to you and bother you as if they happened to someone you know.

Put yourself in his place and do what you advise him to do.

Here is the first thing to do before considering other methods. Of course, this is easier said than done.

If it was so easy, women wouldn’t be obsessed with what it means when a man tells them they miss them.

Even if you read the signs correctly and the reasons why he says he misses you seem to be in your favor, there is nothing to say that he will stay with you forever.

There is no magic formula to keep it going, just because people are changing. The things they love change as well as their behavior.

No one can guarantee that even if you miss him now, you will miss him forever.

But enough about the future. Let’s focus on what’s bothering you right now.

If you are having such problems and are unable to understand what is going on in your head and want to protect yourself from possible heartache, check out these famous signs.

What does it really mean when a guy tells you he misses you?

1. He sends you messages 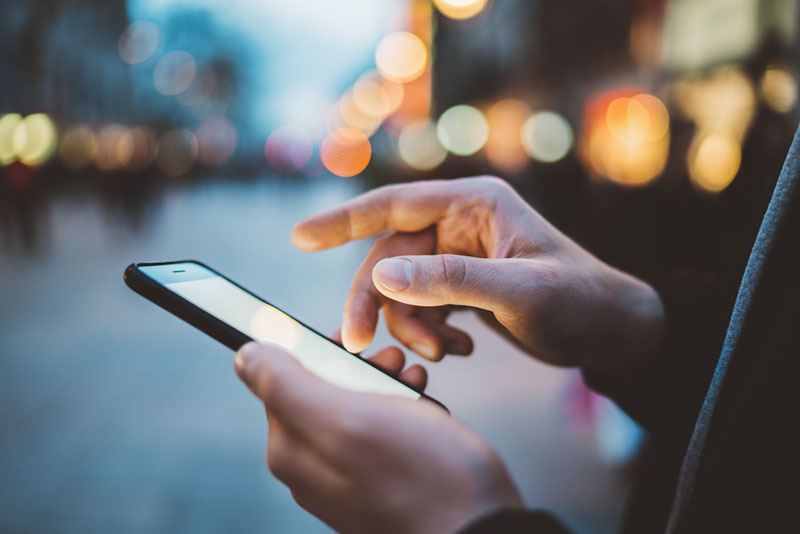 This means that he really wants to communicate with you. Perhaps he feels alone and wants to be in your presence.

I know it’s difficult to decide: is he writing to you because he needs something or because he really misses you and wants to be with you?

But it’s easy to answer this question by analyzing how he writes to you and how you answer him.

Do the following little experiment: ignore his messages for a few hours and see what happens.

If his intentions are bad, he will certainly not bother to rewrite you. He will take your silence for a negative response.

But if he rewrites you, then there is something. He will want to know if he misses you too.

The point is, he will do everything he can to prolong your conversation, simply because he misses you terribly.

2. He tells you that he misses you in public 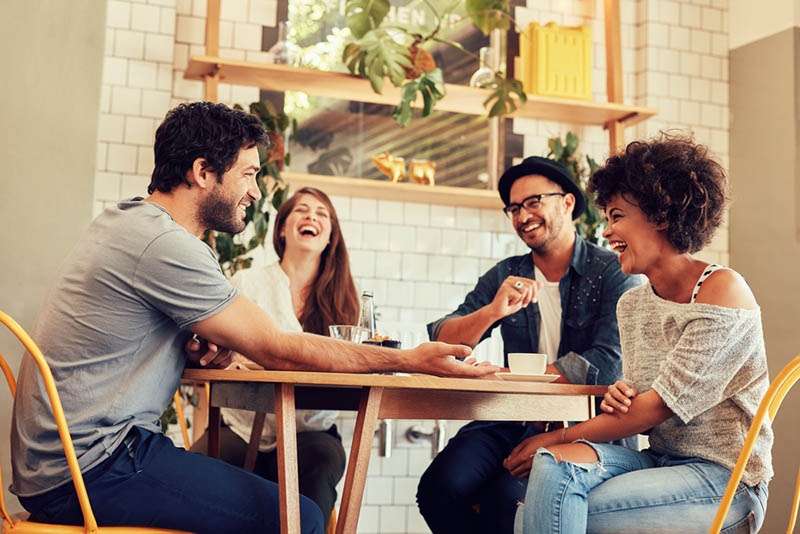 Maybe he called you and during your conversation he was very serious while his colleagues were nearby.

However, he did not want to isolate himself in a quieter place to speak to you in private. This probably means that he has a hidden intention.

He wants everyone to hear your conversation. He makes the mogul in order to hide his insecurities.

Be careful, in such a situation it may be that you are only a toy intended to allow it to prove its own value.

But maybe he calls you to tell you that he misses you and simply to show others that he has a girlfriend and that he loves her terribly.

This instantly shows you that it is not a question of showing off your love but rather of keeping your face in front of others.

You don’t need this because this type of love doesn’t last. Well yes, it will last but as long as it pleases him.

3. He contacts you via social networks 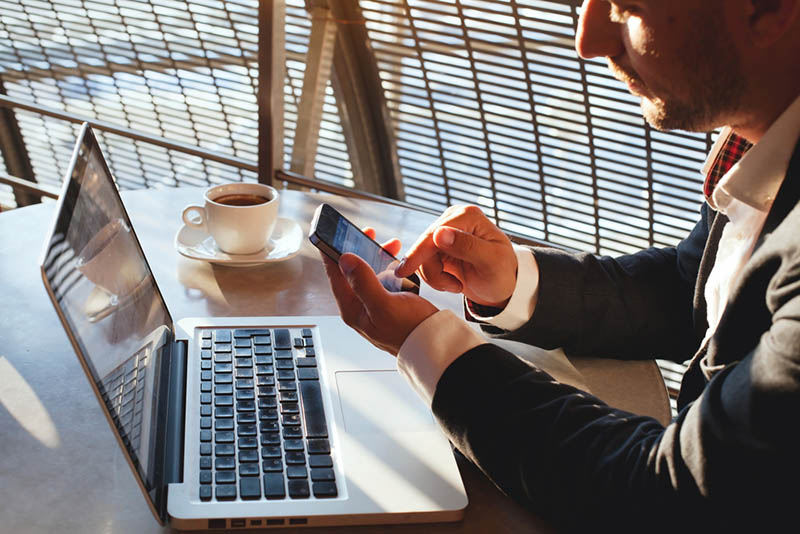 Missing someone doesn’t necessarily mean you’re in a relationship. You may miss someone while you have broken up.

Someone may miss you when you just saw them on the street.

You may also miss the boy working in the mall where you brought your computer for repair.

The fact that you miss someone is not necessarily linked to being in a relationship.

If a guy “harasses” you on social media when you’ve never been out, he’s probably crazy about you and you miss him because he never won you over.

If someone you’re dating sends you messages via social media, bombards you with likes and comments, it’s definitely a sign that you miss him and that he wants to go out with you again – he wants you to come back.

If you have been separated for a while but he continues to contact you and follow your profiles, it is clear that he has not moved on.

4. He wants you to send him photos 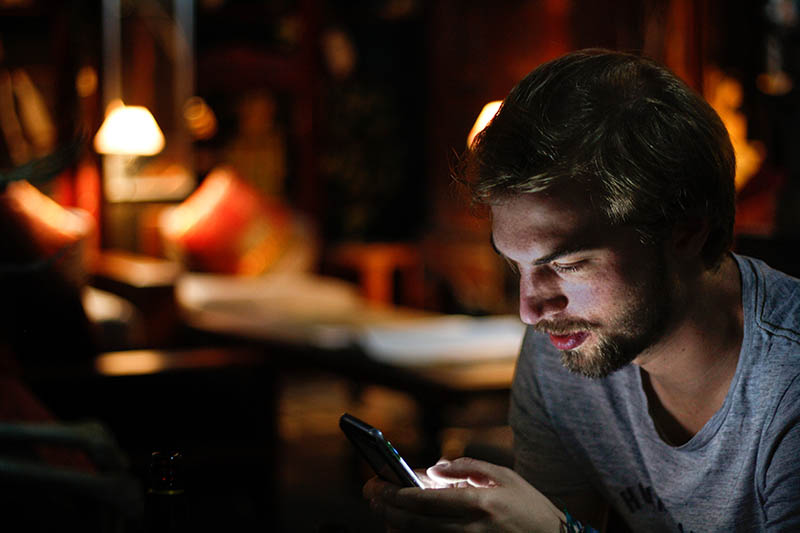 It is clearly a sign that you are missing him, but in what sense, that is the question.

This is why I said earlier the importance of paying attention to the signs indicating that you miss him and their meaning because the border between a positive sign and a negative sign (or pleasant and unpleasant) is very fine.

He may just want you and want a photo to satisfy his wishes.

On the other hand, maybe he is asking for a photo because he really misses you and wants to have you virtually by his side.

He wants to see your face because it makes him happy. He wants to think of you every time he grabs his phone.

He wants to use every moment of free time to look at that face he misses terribly – yours.

5. He insists on seeing you 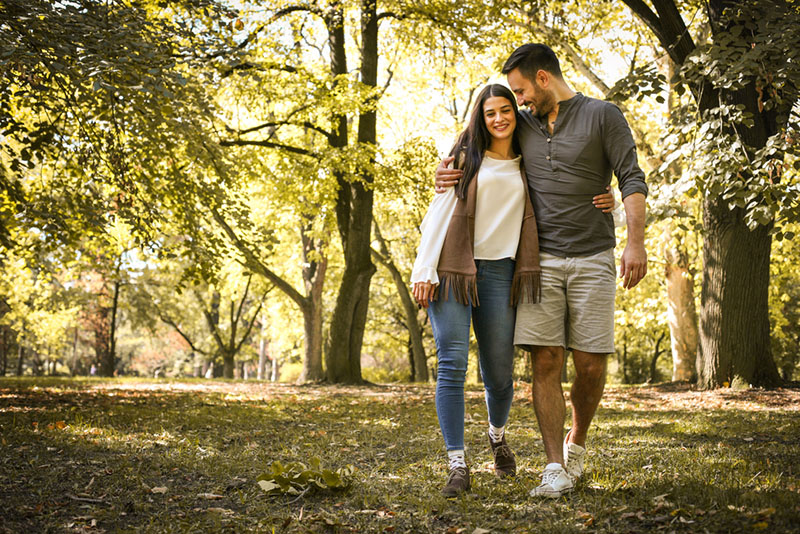 When you miss a guy, he’ll clearly want to see you.

He probably insists on seeing you and that you find yourself, he talks about a new meeting.

It is an undeniable sign of his desire. You are really interested in him and he probably wants more than what you currently have.

Of course, this can have two meanings. Maybe he tells you that he misses you by having an idea in mind and wanting to use yourself.

The only way to verify it is to wait for it to make an effort and do something in order to see you.

Words do not mean much if they are not followed by actions.

Be smart and patient, wait for him to prove his sincere desire to see you and the fact that he missed you.

If he is jealous but not extreme, it means that he really misses you.

A man needs to show the world that you are his.

He wants everyone to know that you are taken and that others should rather take care of their business and try to find their happiness elsewhere because you are his.

It can be very annoying. It can be suffocating but as long as it stays within the norm, no risk.

On the other hand, some people have serious problems.

There are men who take control because they don’t trust you.

Maybe they are too scared that you leave them and then they imagine things and the situations become disproportionate.

And when you confront them about it, they will assure you that they love you and that their actions are only a testimony to the fact that you miss them.

Be careful and don’t let anyone take your freedom or restrict you in any way.

If you realize that this is what he is doing, it is not that he misses you but that he has a serious problem.

7. His friends give you clues 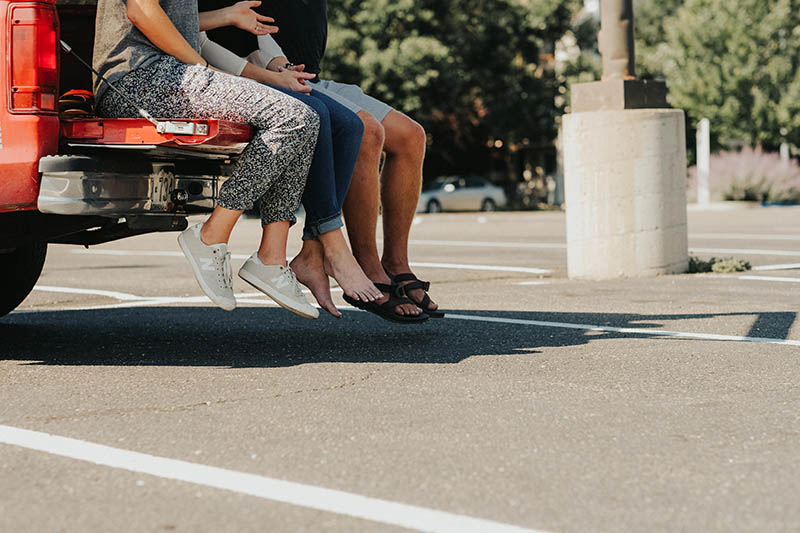 You were both in a relationship and then broke up.

Time has passed and it’s been a while since you heard from him, but his friends give you clues, meaning that he has not moved on and that he misses you.

He’s probably too shy to tell you himself, and he wants to let you breathe.

Here is definitely a sign that he misses you and that he wants to get you back.

Perhaps he has realized that he has been an idiot and that he does not want to force you to speak to him or annoy you.

Perhaps you should consider giving it a second chance.

8. He calls you when he’s drunk

I know that instantly most of you think the only thing he wants is an overnight adventure.

But, as in most cases, every story has two versions and this is also the case here.

Yes, maybe he doesn’t care at all while being in the mood for a little treat and the best solution would then be to look for the answer in your memories.

So yes, there is a good chance that he will tell you that he missed you just to end up in bed with you.

But it is also possible that he wants to be with you.

Just as it may be that you really miss him.

Perhaps he does not have the courage to tell you; maybe he doesn’t know what to tell you.

You know we all do stupid things when we have been drinking, but we are also very brave at times like that!

Maybe that was what he needed – a little helping hand to let you know that he misses you and that he still loves you.

There is a way to find out, but unfortunately it does not work every time because we are all different and there are thousands of patterns of human behavior.

This is what is beautiful. But if after his crazy night, he calls or writes to you with an apology, he was certainly honest.

If he doesn’t get back to you, he probably only wanted one thing – s ex.

9. He just tells you he misses you 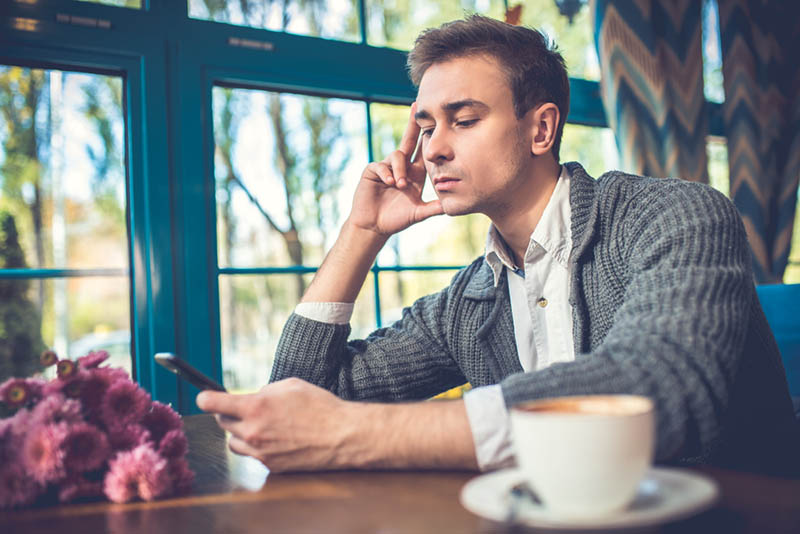 Here is the most beautiful thing a man can tell you and it is also the most honest.

There is no hidden intention behind these three words: “I miss you”.

He will tell you that he misses you but will not go over the limits.

Let it speak and you will be sure.

Your instinct will not deceive you and you will feel that it is simply itself and that its intentions are honorable.

Of course, not all men are able to remain calm on all occasions.

Even those who play tough guys end up giving in to the passion that love inspires in them.

But the important thing is that you will know that he is honest. You will see it in his eyes.

And it will prove it to you, no doubt.

Because when we really miss someone, we don’t drink empty words: they will be demonstrative.