People associate violence above all with physical violence since the traces are visible and are therefore undeniable.

But violence in a relationship can go far beyond what is visible with the eyes.

Violence, in whatever form, is a disgusting and unacceptable type of behavior, and anyone who has to deal with it can get away with it, thanks to a good support system.

Having a relationship with a mentally and emotionally abusive partner is torture in silence.

It is one of the most lonely and heartbreaking feelings a person can endure.

This form of abuse is something that people cannot see, and it is difficult to explain this ordeal without real “physical evidence” of abuse.

You are degraded, belittled, depreciated, devalued every day, and nobody really knows.

This feeling of loneliness and inability of people to understand your pain is a daily battle.

You are so taken over by this person and the love you feel for them that you decide to turn a blind eye to the mistreatment they inflict on you.

It always starts slightly, and we don’t have much to say at the start.

But over time, things get worse and more and more painful, and you continue to suffer in silence…

Emotionally abusive partners are masters of their trade.

They will lower to the lowest levels to make you feel like shit, and often act as if you are somehow responsible for the way they behave.

They will play the victim’s card in order to manipulate you, to play with you and to confuse you.

They will pretend that they have nothing to do with it and that all the guilt is on your shoulders. More often than not, the best way to do this is to impose double standards on yourself.

If you feel that your partner is abusing you emotionally, do not remain silent.

Here are some of the most common examples of double standards, which victims of emotional abuse experience.

If you recognize yourself in one of them, my advice is to find the most peaceful exit, and never look back.

1. He criticizes you as if it was his duty, but when you do the same to him, he handles it very badly

He has no problem holding you responsible for every little thing, including the most mundane and trivial.

Whatever you do, it’s all under his watchful eye, and he makes sure to let you know what crappy work you’ve done if he’s not happy with something.

But when he does something wrong with him and you want to confront him about it like an adult, he gets angry and handles it very badly.

You sometimes fear for your safety, so it’s easier not to criticize him at all rather than risk being yelled at.

2. requires knowing where you are at all times, but does not tell you where it is going and how long it will remain

You are obliged to speak to him regularly, wherever you are. And if you don’t tell him where you are, he will make a scene.

But when you gently ask him where he is and when he will be back, he acts as if you have no right to know.

He goes away and does what he wants with whom he wants as long as he wants, while you remain completely in the dark.

3. He doesn’t care how you feel at all, but expects you to put his needs and emotions first

If you feel like shit, that’s fine with him. When he says something hurtful to you, everything is fine.

But when you do not take into account your emotions and you are not listening to it, hell is unleashed.

Always pay attention to how he feels that day and do what is right for him.

If you even try to make him understand that you spent a crappy day, he will never stop blaming you.

4. He asks for sex and expects to have it whenever he wants, but when you are in the mood, he completely ignores you

He expects to make love every time he wants to. You must always be available to him.

But when you ask the same thing, he doesn’t listen to you.

It is only when he is in the mood that there will be physical manifestations of love. When you feel like it, it is very unlikely that he will respect it.

5. He decides everything, and when you try to suggest something, he ignores it

He’s the man, and he makes sure you know it. He makes all the decisions, big or small, and he leaves you nothing to do.

But when you try to offer your contribution or simply to suggest an idea on something, it looks at you from above as if you were not in your place.

He expects you to let the man do his duty and that you will be obedient and in his service if he needs something from you.

6. Whenever he mistreats you, he blames you for it as if it was your fault, and when something goes wrong, it is always your fault

He’ll yell at you for something he did. It will make you feel like real shit and make you wear the hat.

When he treats you badly it’s always your fault.

It is you who make him act like this. Your bad temper angered him, and he had no choice but to go after you.

You should always walk on eggshells with him because you know that whatever you do, he will find a way to hold you accountable for his actions.

And as long as you let him get away with it, the emotional abuse will never stop.

It is important that you move away from it gently, and if you need it, ask for help.

Do not bear what you should not. This kind of behavior is toxic and hurtful, and nobody deserves it.

Leave this relationship before it becomes too late. You deserve better! 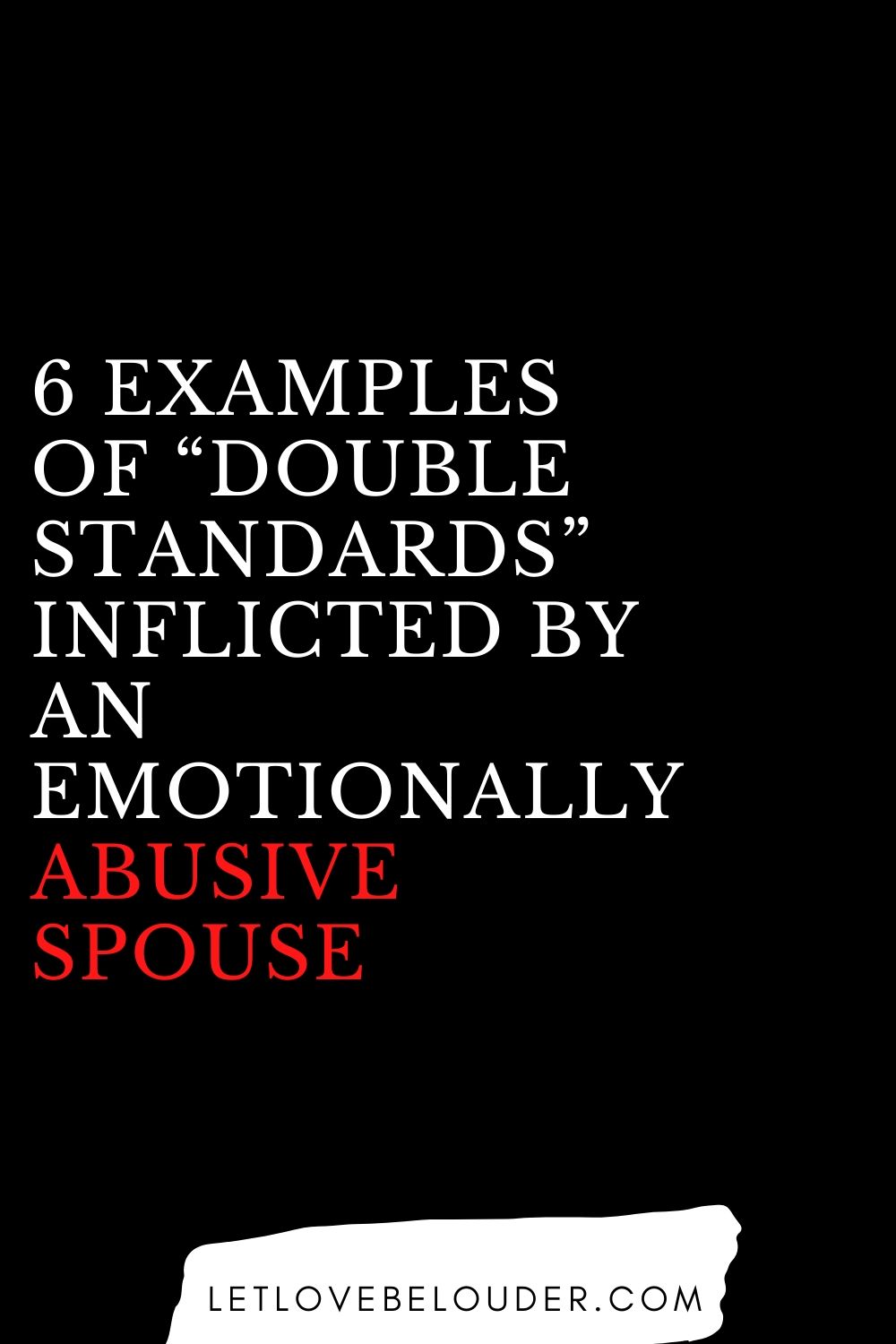