Perhaps your relationship seems to be working perfectly. But maybe there are things you turn a blind eye to.

Of course, he is generally very pleasant, kind to you and loving; but what about the other dimensions of your relationship?

If you are disrespectful, you may be the victim of emotional abuse. It does not necessarily do it on purpose.

Some people are just selfish and don’t notice what impact they have on others.

But if it is voluntary, you should flee as far as possible.

Here are some of the signs that could help you find out whether or not you are being abused.

If some of them are present in your relationship, the time has clearly come to end it.

1. He neglects your needs

Whether you have time to go out with him or not, you have to go.

You have to find the time to go out with him because that’s what he wants right now. And this is something that you accept.

You tell yourself he’s busy and that’s the only time you can see him.

Maybe he is really busy, but there is no excuse to ‘mean’ that your time is worth less than his.

You may also be busy, but it’s like he doesn’t care.

He pretends that your time is not as precious as his and that you have nothing else to do but do what it takes.

2. He can’t appreciate anything you do

Whatever you do, it’s never good enough in his eyes. It doesn’t matter if you had to find a niche in your schedule or help it with something.

He is not satisfied with your way of doing things and he always blames you for that.

He pretends to sabotage the things he has to do and he never thanks you for anything.

If things end well, he pretends he’s the one who did all the work.

Does that speak to you? Not only does it use you, but it is also abusive.

3. He gives you the impression that everything is always your fault

It doesn’t matter if your relationship isn’t working or that he cheated on you. One way or another, it always happens to blame you.

And he will even convince you that you are responsible for everything and that you reject him.

If he does, he really needs the help of a professional. And you need to spend some time alone, in order to heal after all you’ve been through.

If he finds excuses, however insignificant they may be, to start an argument with you, it is because you are the victim of psychological violence.

Don’t let him get away with the “bad temper” excuse… He’s not the Hulk!

The Hulk is a fictional character and such a bad character can never be justified in real life.

He obviously has problems he doesn’t know how to fix.

If he is angry with someone, you will end up paying the price. Put an end to all of this immediately.

Do not especially think that jealousy is healthy and appreciable in a couple relationship. It’s wrong.

It’s dangerous because it can turn into something much more serious. His jealousy can become poison.

And who knows, she could even make him physically violent.

6. He makes the decisions for you

In the same way that it neglects your needs and your time, it also ignores your opinions. He doesn’t even let you speak on your behalf.

He acts like “a real man” and makes your decisions for you, so you don’t have to worry about anything.

You have to do what he says. And this is one of the most obvious signs of a form of emotional abuse.

You are not treated as a human being.

You have your own opinions and if he doesn’t let you express them, he is treating you like a slave.

7. He ignores your requests

You asked him to change millions of times and he always said he would. But he never kept his promises.

Not even once. After a day, he has already forgotten everything. Whatever you say to him, your words never reach him.

He systematically forgets what you talked about.

No, he is not just head in the air. It is much more serious than that.

8. He makes jokes at your expense

He thinks that making fun of the woman we love is fun. But this is by no means a way to treat it.

Either he doesn’t love you, or he has a peculiar idea of ​​what love is.

If you happen to feel humiliated by him, why do you stay with him?

Not only does he constantly argue with you, but he also insults you.

He screams, he screams and he treats you as if you represented nothing in his eyes.

It is as if his life was worth much more than yours.

And how does it make you feel? Loved and respected? I’m not sure …

You may end up asking yourself the question, but you will have trouble answering it. Because the answer is to be found in its past. Something drove him to be like this.

For him, everything is fine. He behaved like this all his life and no one ever told him it was unhealthy.

No one ever told him that his behavior was not normal. People have always accepted it that way.

Don’t be like them. For your good and your sanity, do not accept all of this.

You don’t need someone who treats you this way.

As for him, he needs someone who shows him that his behavior is unhealthy.

If you want to be happy and hold on to him, even a little, you have to leave him.

By leaving him, you will show him that not everyone accepts his behavior and that he must change in order to be loved by others.

Do not try to cure it, you will not succeed. He can only become better by understanding what is wrong with him.

If he does it by himself and by accepting the help of others, he can be saved. 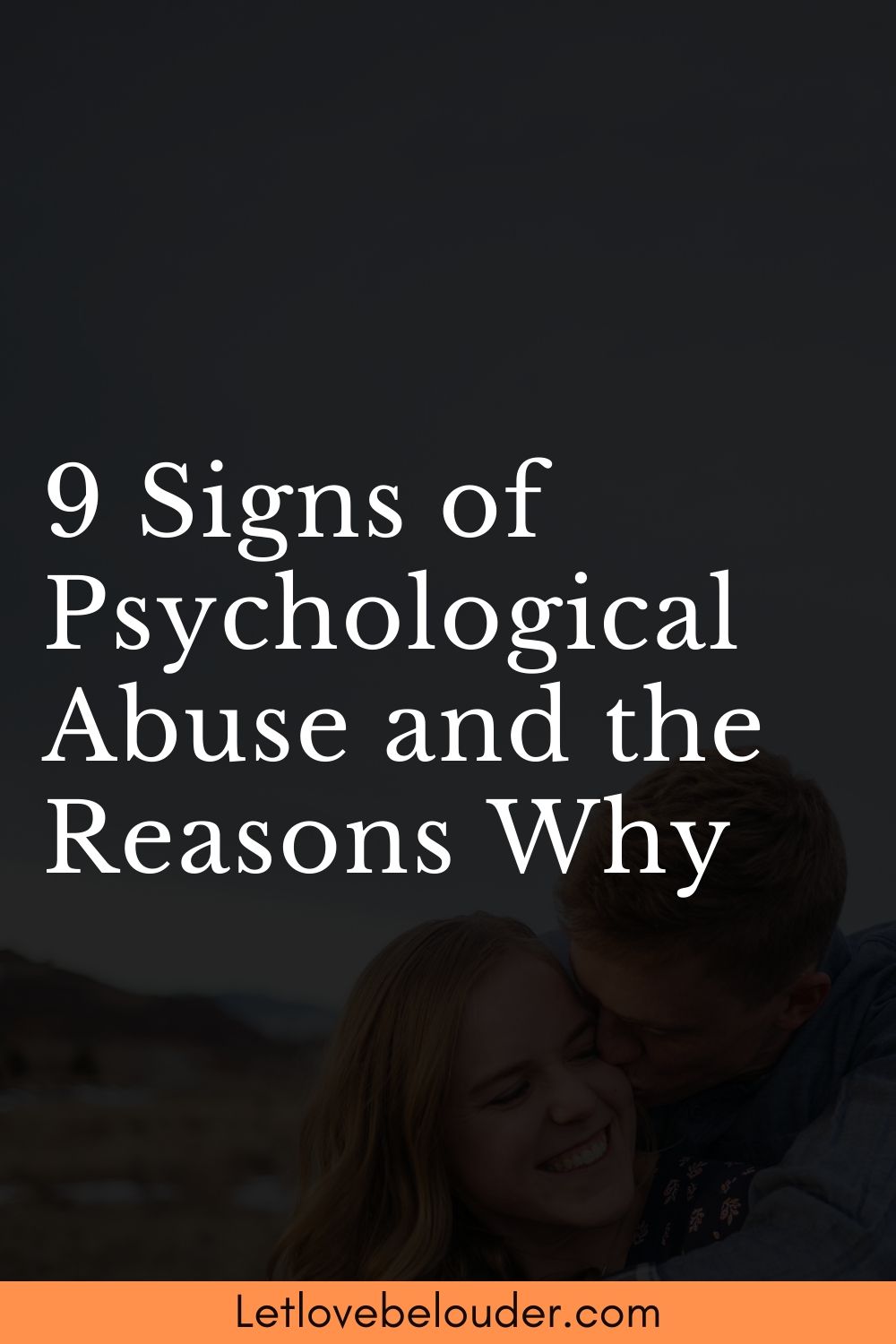