All women have already experienced this hassle at least once in their lives.

We have someone, there is a certain chemistry between us, he writes to us and calls us regularly, maybe we have been dating for some time; but suddenly it disappeared. He left, passed out in nature.

By feeling rejected, our self-confidence is often reduced to ashes.

And that someone leaves you and moves away from you, makes you wonder what you could have done wrong.

As if the feeling of being undesirable was not enough, it left you in addition without a single explanation, without an end worthy of the name.

Overwhelmed and unable to believe in love again, you must go through all the stages necessary for emotional healing.

You have to forget about its existence and go through hell, in order to be able to love again.

You have to cry in your bed, be mad at the whole world and at yourself for falling in love with an emotionally unavailable man.

You have to learn to smile again and forgive yourself for making such a mistake.

It seems like you have a long job to do. It is a process that we have all gone through, at least once in our lives.

You would like to escape it, but unfortunately few are those who have had this chance.

And once you finally find peace, guess who will come knocking on your door?

Oh yes, him. Now, when you have overcome your separation, it comes back.

He is there, as if nothing had happened and as if you had only taken a short break, to resolve some personal problems.

Why are boys doing this? Why do they decide to come back, just when you have finally managed to move on?

He will most likely write to you before, with the excuse of wanting to hear from you.

In fact, he feels lonely and dejected, he needs to know that you still care about him, that at least someone cares about him.

And the best way to get this is to get back in touch with you.

But it happens that some women believe in their sudden turnaround and think that they really want to get back with them.

They are flattered that a man contacts them first, even if often, the intention is not quite what we think.

If he has contacted you, it is most likely because he feels alone and expects nothing more than a boat message in return.

He wants to feel important and to know that he still has rights over your heart.

They are going through a difficult time and need psychological support.

You are their last chance and despite your breakup, you still share a powerful bond and you understand each other.

And he wants to take advantage of that. He wants to get you back, just because he needs comfort, a shoulder to cry on.

It is likely that he will unload his problems on you, before disappearing again.

So don’t be fooled, especially if you have gone through hell to successfully forget it. Men like him never change.

3. They need a boost of self-esteem

Celibacy can lead us to experience unpleasant things.

You feel unwanted and ugly, even when it is not. We have such a hard time getting rid of this feeling.

And that’s one of the reasons your ex wants to get you back.

He probably feels bad, his self-confidence is zero and he needs a boost of self-esteem.

And the best place for such a revival is by your side, in a place he already knows. Do not fall into his trap, because it is only a selfish act.

He doesn’t want to get you back for what you are, but for himself, to feel better.

4. They forgot why they broke up in the first place

If people separate, it’s for good reason. He was unhappy and maybe he explained to you where the problem was (or not, but it is not the most important).

What is certain is that if your relationship has not worked, it is for a good reason.

But all of a sudden, he wants to get you back. And do you know what the reason is most of the time?

Over time, loneliness and lack of psychological support lead us to think about our past relationship and all of its happiness.

Time heals all wounds, it’s true … But it also leads us to idealize the past.

And that’s what he is doing. He only remembers good things and probably even wonders why you broke up.

But the thing is, you’re going to get back together and once the first thrill of the meeting is over, the old problems will come back and you’ll remember why you broke up in the first place.

Which will, of course, lead to a new rupture and to more difficult problems to manage than the first time.

This is obvious. Men like him only want to get their ex back to sleep with her.

He is in a slack period and wants some action.

Logically, you are the first to whom he will turn, because he thinks that you will yield to him easily, because of your attachment still present.

Do not put yourself down to that, because it will only use you to throw yourself away then, as it did the first time.

6. They realize they made a mistake

Here’s the least likely reason, but let’s give it a try.

Maybe he sincerely realized that he had made a mistake and that he regrets his past actions. He really wants to get you back.

Maybe he was as miserable as the stones the moment you broke up, but he doesn’t know how to get you back.

But it’s up to you whether you give it another chance or not. If you are recovering with him, you must be entirely sure of him.

Otherwise, you risk seeing your heartbreak, crying all the tears in your body and having to go through a long healing process. 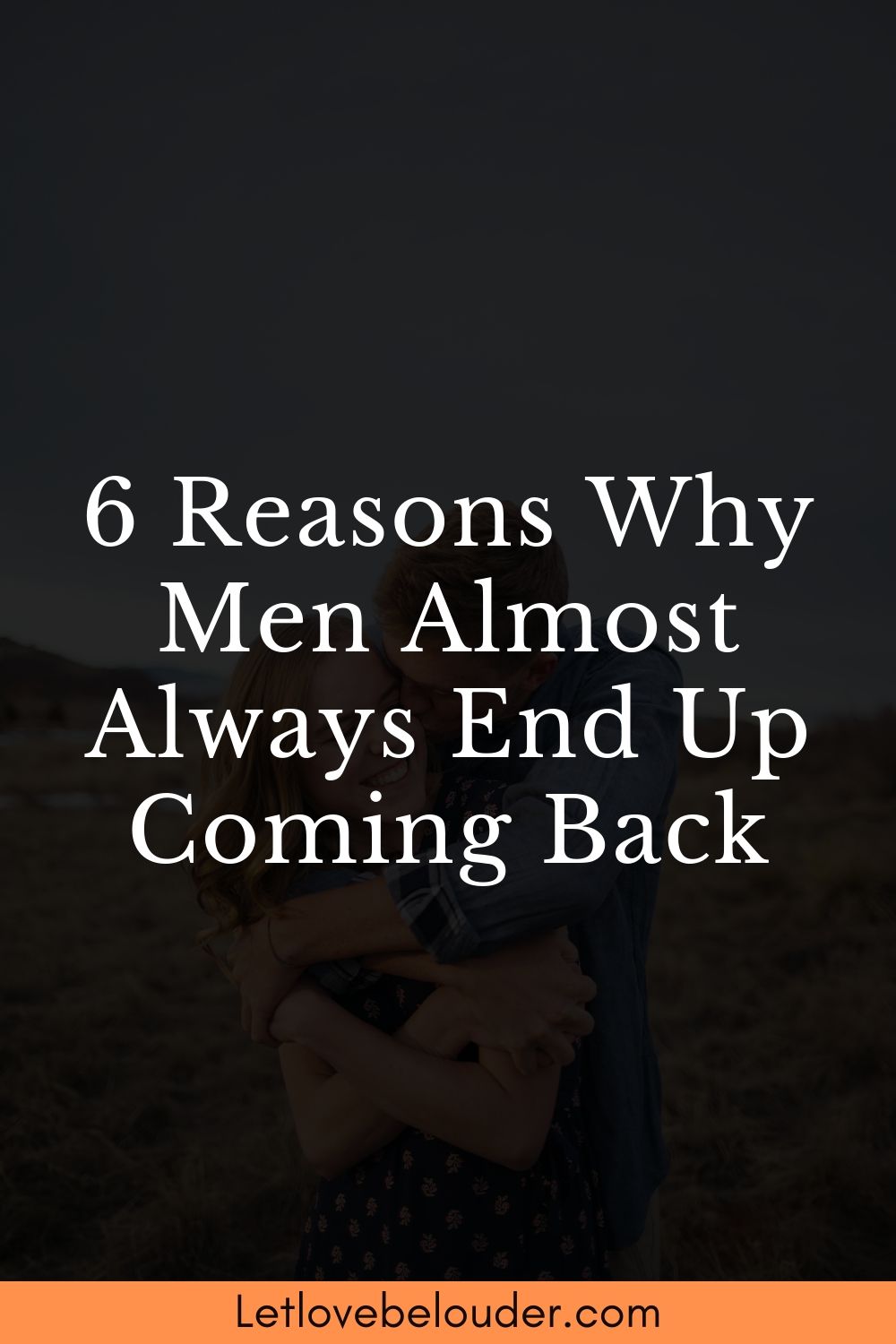