Am i mad – This is probably the question that you kept asking yourself.

Why that ? You are probably in a situation where your partner leads you to believe that you are a little “crazy”.

His speech leads you to believe that you are the source of all your problems.

You come to think that everything comes from you – that you are the queen of the madhouse in which you live.

When in reality things are very different. After all these speeches designating you as crazy, you came to think that it was true and that was his goal from the start.

I couldn’t tell you why this kind of man does this and what their thing is. Maybe they make you think you are crazy for being in control.

They feed you toxic thoughts so that you surrender to them and let them take full control of your life – since you are no longer able to trust your own judgment.

To put it simply, they use ‘gaslighting’.

‘Gaslighting’ is a term from psychiatry designating a situation where false information is presented to the victim, in order to make him doubt his memories and therefore, his mental health.

It is a form of psychological violence with the consequence of making the victim anxious, disturbed and skeptical in the face of his own perceptions and memories.

These are the things men do to make you think you’re the crazy one.

1. He pushes you to do something that you know is not right

He asks you to do something for him and you know deep down that it is not the right thing to do. And you tell him.

But he’s just trying to convince you that all women should do this “something” (and everything else) for their mate.

It makes you feel guilty by making you believe that you are the only one having a problem with this “something” that it asks you to do.

You end up believing yourself completely paranoid – by believing something is wrong with you.

But, FLASH INFO! – it’s wrong. It is one of the means he uses to make you believe that it is you who are mad.

2. He deliberately addresses subjects that cause you pain

Whenever you catch him in a compromising situation, which he should explain, he finds a way to divert the subject to something that happened to you and that is related to the situation in which you have it. caught.

And you end up feeling aggrieved, on every level. You forget anything you wanted to say to him at the start.

If, for example, you catch him writing messages to a girl you don’t know and take him head on, he will remind you that your parents were wrong.

See, the fact that your parents were unfaithful has nothing to do with the present situation, but he manages to bring up the subject and make you feel like you are the fool.

3. Tells you that you are too emotional

Someone saw your partner with a strange girl (woman). The first thing you will do is ask him what is going on.

Of course, you will not get a clear answer. You will have a ‘darling, you’re a little paranoid’ since he is the perfect companion, the one who would never hurt you.

And you will find yourself grappling with the idea that you are paranoid, emotional and take things too seriously.

It doesn’t matter that you know he is cheating on you and that you are 100% certain of it – you will doubt your judgment and your sanity because he will push you.

4. He makes fun of you in front of your friends

It will tell a ‘story’ where you appear crazy to your friends.

But here’s the thing, he’ll choose a ‘serious’ story (something that really upset you) and tell it lightly, making you look like someone stupid.

After you see all your friends laughing at this story, you will forget the feeling of being worthless and your anger.

Maybe this will happen after you realize what it is doing to you.

So, in order to avoid the psychological abuse it inflicts on you, you will begin to lie – just to save yourself unnecessary arguments and cries that you can no longer bear.

You have never been a liar. Your past is empty of things like these and yet it is your daily life today.

6. He makes you doubt your own memory

He always tells you that you misinterpret his words and that he never said what you think he said. He says one thing and if you catch him lying, he tells you another.

But therein lies the problem. These people are such good liars that they always find a way out.

But you would do nothing, since it made you think you were wrong all the time.

And the goal of this “gaslighting” is that you stop trying, making efforts. You have suffered so much violence.

You have been told that you are crazy or that you imagine things. You no longer trust your judgment and you doubt your actions.

You stop trying and let it make you think the problem is yours – but it’s wrong. He’s the problem – you’re only his victim. 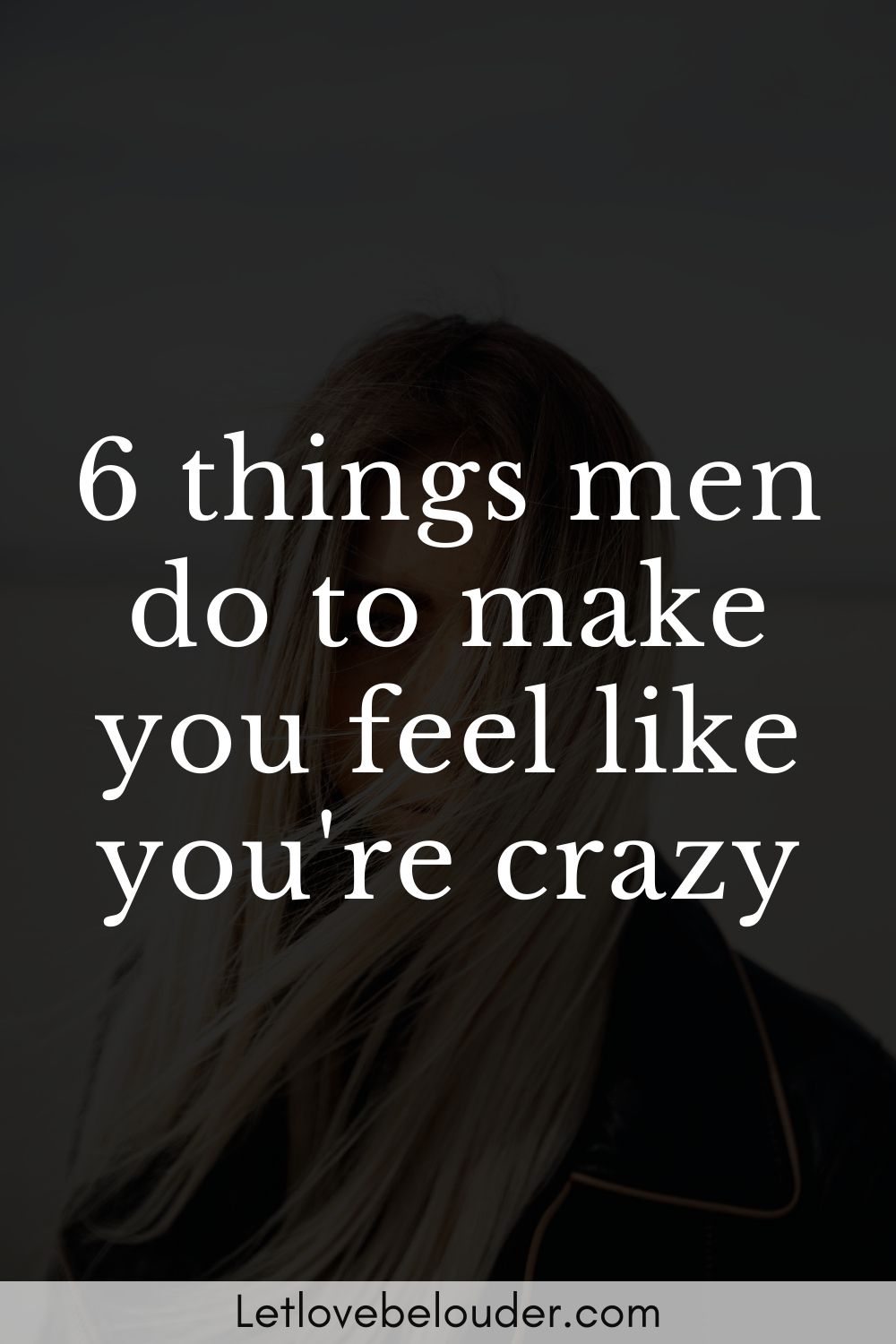