At some point in your life, you were hooked on someone.

He was dragging you behind because he probably had someone else on the drawing board and you were there just as a consolation prize – in case he did not carry out his original plans.

You have never been in the foreground for him. Yes, I know, it’s easy to talk about it when it’s over, but while it’s happening to us, we don’t even realize it. Or maybe we can see it, but we can’t admit it.

And why should we do it? Nobody wants to be in the background of someone.

That said, time will catch up with you and show you how unstable the ground you’re standing on is. You will see that you have made a huge mistake.

Check for these signs that you are just a plan B for him, which will confirm the doubt you have had for some time.

You never know where you are with him. He never plans and never commits to you because he expects something better to happen any second. And by “better”, we mean: who is more important than you.

A spontaneous relationship can certainly be fun, but living in the spontaneous and the unpredictable all the time becomes a bit shady.

2. He lets you go at the last moment

This is closely related to the first. Even if he has made plans with you, he may drop you at the last minute.

And he won’t even feel guilty, because your feelings are not important to him.

The only thing that matters is that he has what he wants. Sometimes when he doesn’t get it, he just settles for you. Do you want to be someone’s second choice?

3. He is suddenly hot, suddenly cold

Her opinions change all the time. One day, he is completely in love with you and he wants to give you the world, and the next day, he completely ignores you – like watching trees grow in a park would be his choice rather than you. This is why this subject is delicate.

By dint of receiving all these contradictory signals, you no longer know how to act. Is it or is it not?

4. He didn’t define your relationship

Your “relationship” has no definition. He refuses to give a name to what is going on between the two of you. You know why? Because your name would be The Other, and you probably wouldn’t be comfortable with that.

So when you raise this question, it does everything to simply ignore it and avoid it.

5. He only wants one thing from you

When he is “in the mood”, he will run towards you.

Do you really want to be her asshole? Just remember which side of the relationship you are on – you are on the side of the person who is left alone after the other person gets what he wants and continues his life quietly until the next time he will have a “desire”.

6. Only you make an effort

He makes no effort in your relationship, and he doesn’t even try.

If you manage to convince him to go out with you, and that by magic, he doesn’t cancel at the last minute, it is you who must organize everything – how to get to the place, where you are going to go out… He leaves you do everything.

Whenever you ask him why he didn’t come on your date, why he canceled or why he was late, he always finds an excuse.

At times, it even becomes admirable! So many bizarre coincidences that always happen, as if by chance, to the same guy.

If you have self-esteem left, tell him that you are tired of hearing these words in the air; praise him for his imagination and quit him. 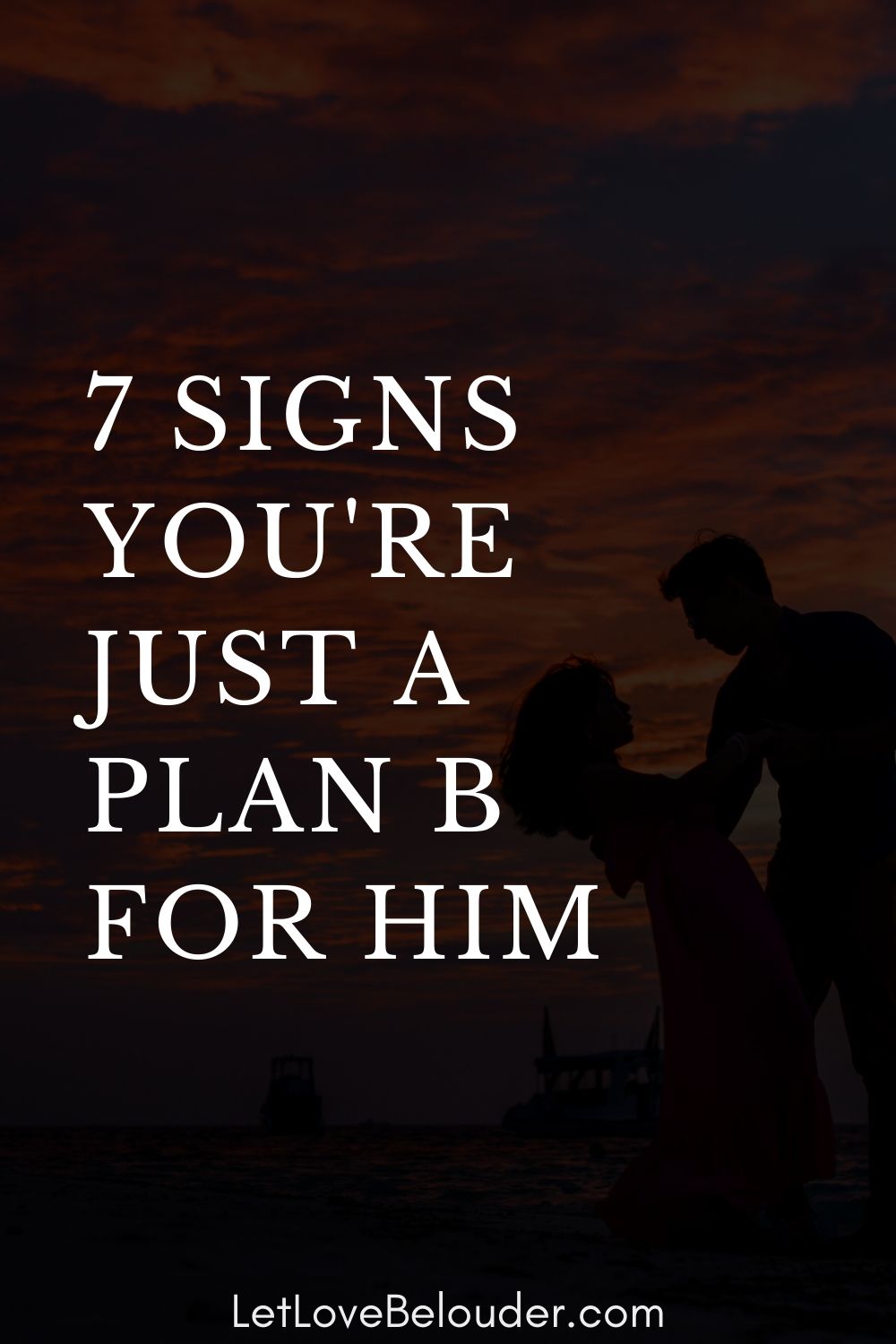