I bet each of you has already thought about the needs and what your man is looking for in the relationship, right? You’ve probably been thinking about the things you should offer him and how you could satisfy him.

Well, you don’t have to bother your pretty little head anymore because I’m bringing you here the list of things every man looks for in a relationship. So, if you want to satisfy your man, keep reading!

1. They want normal and regular communication

It’s more of a thing that women do because they have great ways of saying what they feel while not looking hopeless. For us, this is not the case.

As soon as you have your heart on your hand, you see through us how vulnerable we become. The best way to speak to a man is to be honest and direct.

If you have something to ask him, be brief and explain why you are asking him. In this way, it will not be confused and you will get an honest answer.

2. They don’t want to be changed

If they want to change, it will be because they want it and not because you want it; as simple as that. Put yourself in their place and imagine if your partner wanted to change you.

What do you think? Probably he doesn’t like you the way you are and wants you to be completely different.

Now you know how guys feel when you try to change them. So whatever you do, don’t change his lifestyle and habits, because even if these things are imperfect, they make it so perfect for you.

3. They want to preserve their space

It is one of the most sacred things for every man. They value their private time and personal space a lot, so if you think you can step into his life and turn his world upside down, you’re missing the plate.

It is true that they appreciate all these sweetnesses that the beginning of a relation brings, but once you have developed something stable, they will also want to spend time alone or with their friends.

That said, don’t be too hard on them, because having time for yourself and having your own universe is something that every individual deserves.

4. They don’t want to feel guilty about their hobbies

Each man has a hobby that fills him in and helps him release stress. If you try to take that away from him, he will be extremely angry because it was something he was doing long before you.

Whatever he likes to do in his spare time is an important aspect of his life and there is a valid reason why he has been doing it for some time.

5. They want to take it easy

The worst scenario for a man would be for the woman he just started dating to say that she would like to marry him and have children with him. You have to take a step back and let things go more slowly if you want to stay with him.

If you persist in saying that you want to move in together or get married to him, he may run away from him. And you shouldn’t blame him because he doesn’t know you well enough to be able to get involved in this way.

6. They want you to know that two people are in a relationship

For them, this is one of the most important things. They want you to know that if they make an effort to make it work, you must do the same.

They want to feel that you are dedicated and that you want to develop a stable and healthy relationship with them. If you succeed in showing him that you love him, they will do anything, even the impossible, to prove to you that he loves you too. 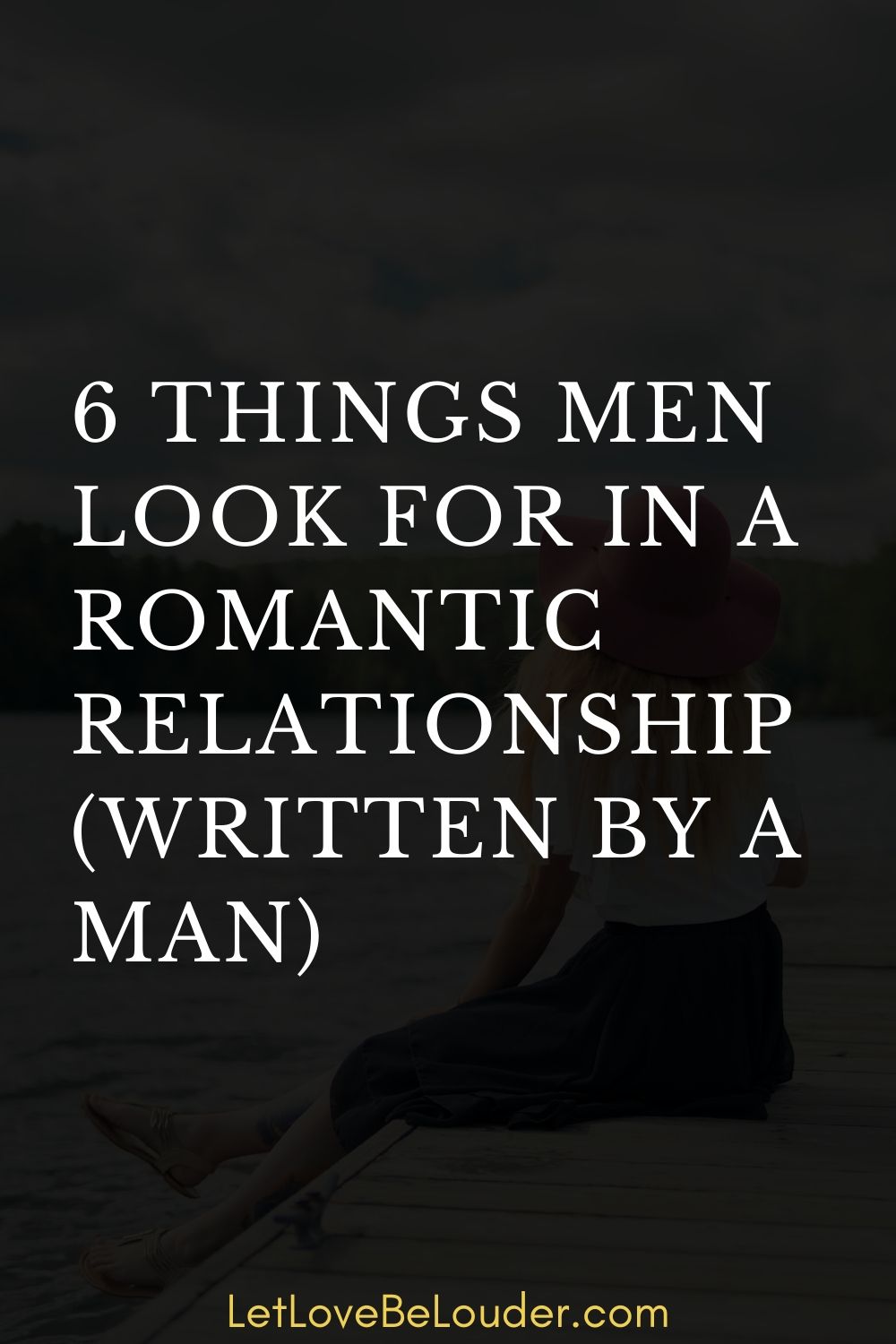