It looks like you are in a sort of bewitched bubble and wherever you go, you always come back to him.

Something drives you there, like an invisible force that is inside you and that you are unable to silence.

You’ve already offered him countless chances and he has wasted them all.

He had promised to change. He had pulled himself together and was going to do his best to be worthy of you. He would do whatever you want if you gave him one last chance.

He would do all of the things he never did before. It would be more there for you. He would appreciate your worth more because he was not aware of his luck before losing you.

He says that this time he will be honest. He knows he hurt you but he wants one last chance to make up for it. Never again will he disappoint you and lie to you. He will be frank and open to discussion on all subjects.

Be the smart woman you are and don’t believe it. It will stay the same. It just tells you what you want to hear.

He uses your feelings – at least, what’s left – to get you back. And of course, at the start, it will be extraordinary.

You will even end up wondering why you had broken up at the base. He will be more angelic than you have ever seen him be.

But the demon in him is doomed to reappear. He will be tired of playing it cool. His mask will fall and you will find the same idiot you have always known.

The same manipulative asshole that made your life hell.

Deep down, you are aware of all this. You know it cannot change as easily. The problem is, you really want to believe it.

You want him to be someone you can trust and trust. You want to take the risk once again.

Deep down, you are aware of all this. Your mind knows all this, no doubt, but you believe you love it and you believe that, deep down, he is a good man – who simply suffered.

Life has not been kind to him. You complain about it and try to understand it. You apologize to him without him having to say anything.

This is because you have a big heart and a pure soul, but don’t let it take advantage of it. Don’t let him take you back to this bubble bewitched by lies he created.

The fact that you have kindness in you does not mean that everyone does. He doesn’t have one, that’s for sure. If he were good, he would never have hurt you so much.

If you come back to him, he will stay the same. Nothing will change. He has many good sides, but he will always become the person he really is.

If you come back to him, he won’t change your life. It will not make it better. It will make you feel more alone than when you were really alone.

If you come back to him, he will break you once more.

If you come back to him, you are placing your happiness in the wrong hands when it should always be placed between YOURS. 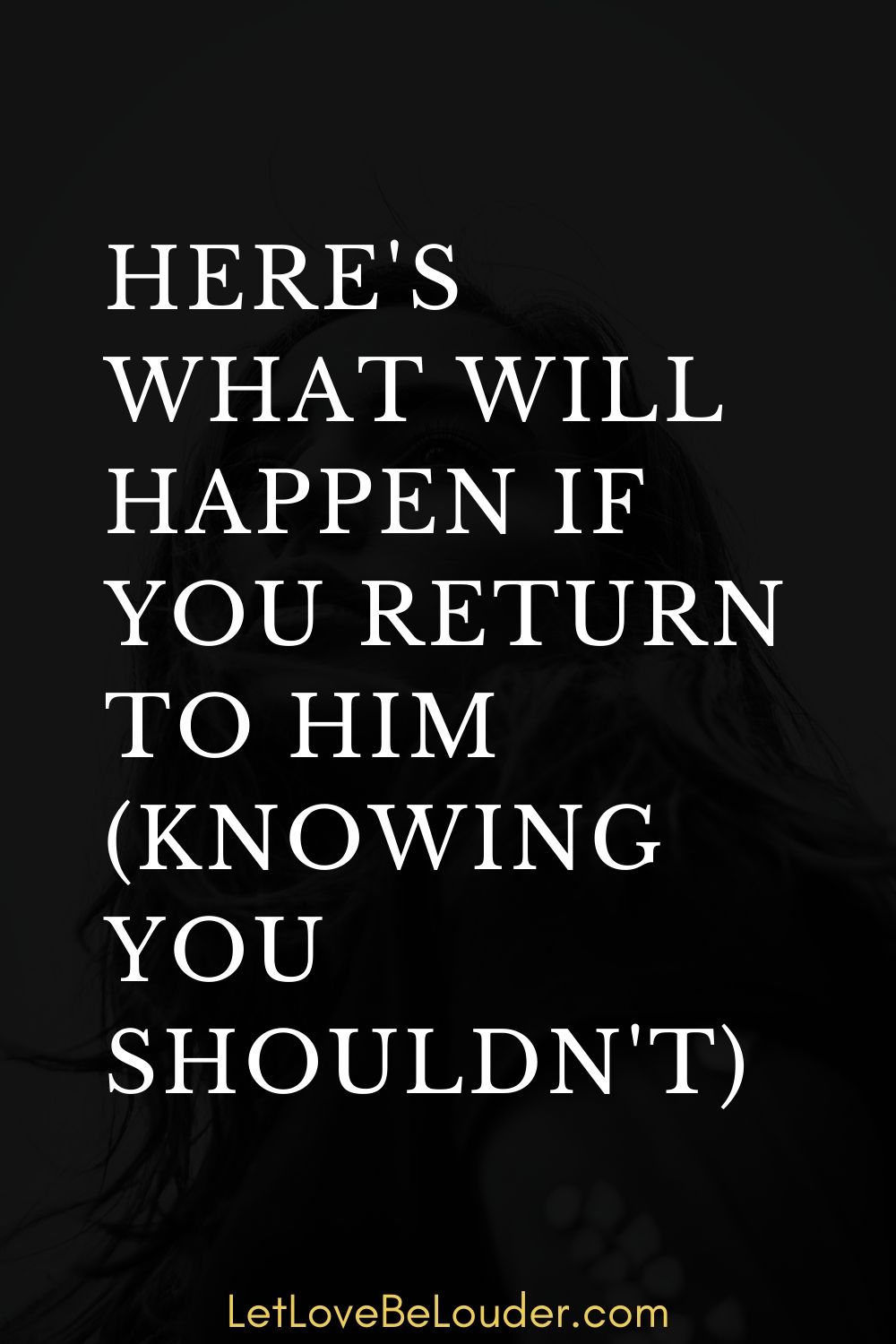