Violent relationships take many forms and unfortunately, you can very quickly find yourself trapped in one of them without even realizing it.

Messages that look cute and full of love can reveal a desire for control and some violence. His need to know where you are all the time can turn into aggressive harassment.

There are certain signs that can reveal his violent personality to you, before what was fun turns into hell.

His constant need to know where you are and with whom demonstrates that he does not trust you.

He doesn’t care about hurting you since his only need is to calm his mind.

It is one thing to show concern for your partner, but demanding a constant report on your life is just very disturbing.

2. If you don’t answer me right away, you’re going to have problems.

It doesn’t matter if you are busy or unable to pick up at the moment.

Just as he doesn’t care if you sleep, are in a meeting, or are sick; he is so sure that you are doing something that you shouldn’t that he needs to hear from you the very moment he writes to you.

3. What are these revealing photos?

He hates that you post a photo of yourself, wearing anything but a romper that even covers your face.

Whatever you wear, your makeup, your clothes, he thinks you’re just showing off your body in order to seduce other men. He believes you are only doing it to make him jealous.

He asked you to call her at 2:00 p.m., he told you he hated this dress, he TOLD you that he wanted you to be home when he got home from work.

If there were traffic jams, it’s your fault.

How dare you have a good time without him, in a place where there are so many men?

How dare you behave like a bitch, when he loves you so much and offers you the world? He knows what men really want and that is why you cannot go out without him.

It is for this reason that he must be by your side, ALL the time. Because, you know, he loves you so much.

6. Do you think of me when you make plans without even talking to me about them?

You planned something with your friends because you haven’t seen each other for ages.

And suddenly, he is hurt, he is ignored.

He wants to go with you and you have to choose between taking him with you, which will spoil everyone’s evening or stay at home and spoil only yours.

7. What are you doing with him?

You are on a break with one of your colleagues or have a family reunion with a handful of cousins ​​and they panic because you are spending time with people who have something between their legs.

If he keeps asking you questions about your relationships with each of the men in your life, it is a clear sign that you have a violent man in front of you.

He becomes snarling just because you don’t listen to him. He becomes surly because you left him without telling him where you were going or were not at home when he arrived.

Whatever your efforts, he always finds a way to make mountains of something you did wrong (even if you weren’t even aware of it).

He then also finds a way to blame you.

9. Even my friends think you’re crazy.

In general, this kind of message is followed by completely crazy requests, because it is right and you are wrong.

And even his friends realize it, so how can’t you do it?

He wants to question your mental health since, in this way, he will be able to control you much more easily.

Whether it’s a work colleague, an ex or a friend that you haven’t seen for ages, he is so jealous that he asks you to leave as soon as he arrives at a party or in the bar you go out in.

Unless he is with you and is thus able to establish his superiority.

From the moment he starts asking you for proofs and photos of yourself, it’s that the fun times are long gone.

If you haven’t left it yet, it’s time to do so. No man is worth losing his freedom.

He practically blackmails you to stay with him. Is this kind of relationship really worth it? 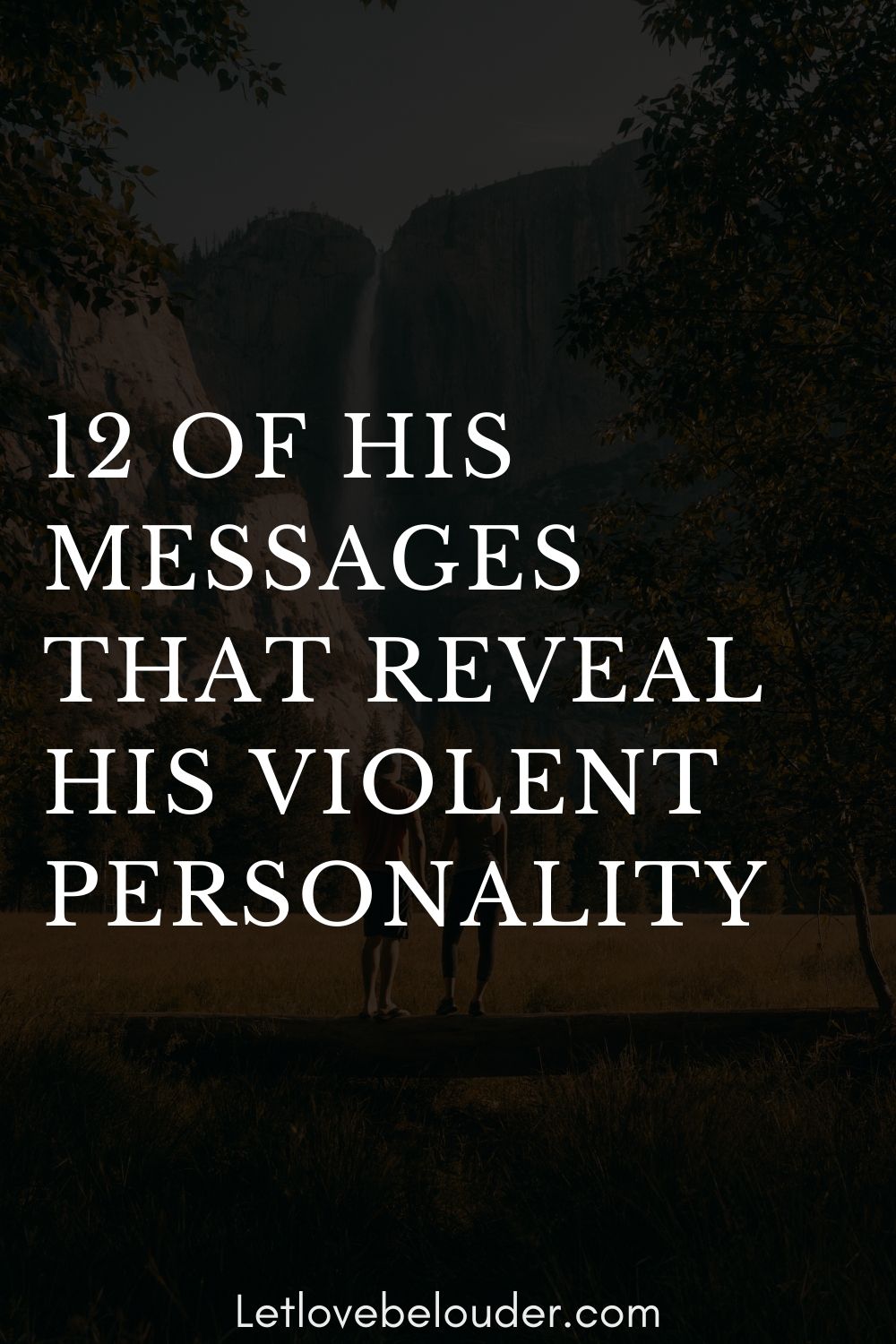