Do you want to have a boyfriend and have been looking for signs that he too wants you to be his girlfriend, but can’t find one?

Maybe he doesn’t want anything serious and he’s not on the same wavelength as you.

This is something that happens very often and you are not alone in this problem.

Lots of guys send signals that they fall in love with us but once you are in a relationship, you notice a complete loss of interest and you find yourself taking care of everything.

You are the only one trying to make it work.

But the differences between men who want to go out with you and those who just want to have a good time are minimal.

It often happens that the signals are confused and interpreted as it suits us.

So, in order to avoid any potential disaster and flee in time, find out the signals that he does not want you to become his girlfriend:

1. You are too different

One of the reasons he may not want you to become his girlfriend is that you are too different.

You may have different belief systems or you are a vegetarian and he is not.

No matter what is at stake, if it annoys him, he will have a very hard time getting past it.

Maybe he is shy while you are an extrovert; it doesn’t matter, since that’s what separates you.

Many people perceive this kind of thing as something that can keep people away, things that you cannot learn from.

They perceive them as things that will be difficult to manage, things capable of destroying a potential relationship.

2. He doesn’t want to categorize your relationship

If he refuses to define your relationship, he clearly does not want to be with you.

He is certainly taking you by boat because he does not have the courage to tell you opposite that it is finished.

The guys who don’t want to be with you, just tell you, and those who only want one thing will also give you clues to their only desire to sleep with you.

Men who refuse to categorize their relationships are the most dangerous.

3. He shows no interest in you

I am not talking about s**xual interest but about the fact that he is not interested in your personality.

He does not ask you any questions about your life and is not interested in your past.

It doesn’t matter if you’ve dated a guy or twenty of them.

He doesn’t care if you have brothers and sisters and your passions.

A boy who loves you will make an effort to find out what you like and don’t like.

He will do his best to learn things about you if he genuinely cares about you.

4. He never calls you

He only writes messages to you and this is a clear sign of his unwillingness to communicate with you.

He doesn’t want to deepen your relationship, he wants to keep you at a distance.

Sending messages to someone simply means that you don’t want to communicate with that person.

And why would anyone avoid any form of communication? He is not interested enough in you to invest so much.

5. He doesn’t want to introduce you to his friends

He doesn’t want to involve you in his personal life. Friends are the family that you choose and if you do not represent much in his eyes, he will refuse to present them to you.

He doesn’t want you to meet them because he hasn’t planned to hang out with you for very long, so why bother making the introductions?

6. He doesn’t care to impress you

He doesn’t care about your opinions because a lasting relationship with you doesn’t interest him and that’s why, he doesn’t even bother to impress you.

He just doesn’t care what you think because his only desire is to make you a back-up plan.

He certainly keeps you only for s**xual reasons and nothing else. So he doesn’t care about your opinion.

7. He never talks about the future

He’s evasive every time you talk about the future, like he doesn’t know what he wants.

Does he want to stay with you or be with someone else? You are not involved in any future project.

And this is the worst sign that a man you are dating can send you.

When you ask him what he intends to do in the future, he vaguely answers you.

This is because he does not want to include you in his projects, which means that you do not interest him that much. 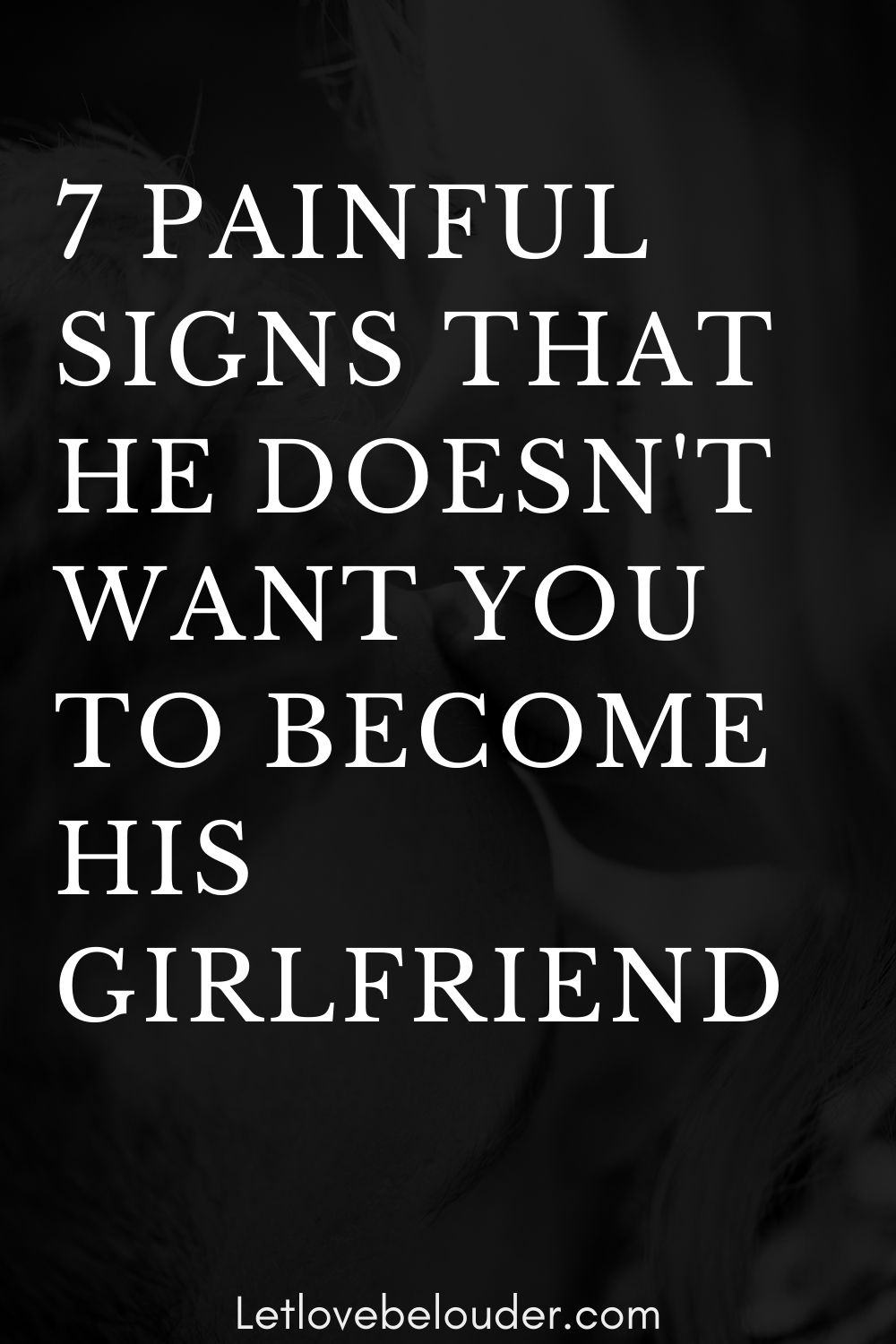