She had told me: “He’s a dream seller who can’t afford it “.

I clung to him as one clings to life.
And it all started. A trip to the end of the world. My friends tell me not to go, but the urge is stronger. More powerful than their words. But what I didn’t know at that moment was that my ailments were just beginning.
He was ambitious, intelligent, generous, and altruistic. In any case, that’s what he let appear.

We have lived an idyllic year away from everyone. Of all. Reality.

Of a reality that I didn’t want to see.
He locked me in a straitjacket without my realizing it.
As soon as we got back everything changed. The outings resumed, the friends reappeared, and I began to discover his true nature. An unhealthy, manipulative, and toxic character.
I had signed up for 3 years in hell.
I was very surrounded. He didn’t like it.

Like a builder boa that surrounds its prey, it locked me up gradually but surely.

At the beginning we like. We accept. We get attached. We think that will change. We forgive. And we start again.
And then the day comes when he raises his hand and we realize that we deserve better. That in truth all these sentences which he repeats all the time is only one way of filling him.
His father was a monster and his mother fathered his offspring. A mother with us is very important and yet she was the first to tell me to run away from her son.

A heart that is only an organ and a brain. Which is only a strategy to fuel my psychological torture.

As soon as I was happy, it gnawed at him. My unhappiness fed his happiness and soothed him.
After losing all self-esteem, all confidence, I thought I was up to nothing and no one. That without him, I won’t be able to do it.
He had managed to convince me that I would only be well in his shadow. And I believed in his narcissistic speeches. His perversity towards me only increased.
He is one of those people that a being has destroyed and who only enrich themselves in the destruction of the other. He is one of those who do not know how to love because they do not love themselves.

One evening, after he locked me in my house, I finally understood.

My head was screaming at me to go. To run away from him. Far from what he was making me become.
I didn’t want to see anyone anymore, I was so ashamed of what he had done to me. A thing. His thing. A reflection of everything he hated.
It didn’t work with me because I always fought against him. Often weakened but lucid.
They are called Manipulative Narcissistic Pervers.

This child that I couldn’t keep would have been like you.

The reflection of a bruised soul that you would have slaughtered every day as you did with me, as he did with you.

So hear well today, dark asshole:
I am. I exist. I live. And I like it.
I go out. I laugh. I have fun. And I enjoy it.
I like to please. And I like it in return.
It must surprise you, you who thought
that no one would want me except you.
Well i’m happy to let you know
that you lost the game.
I find it hard to love and trust
but i will make it again cause this fear is so much better
that all this suffering you surrounded me.
So maybe you damaged me, left scars.
But you did not succeed because I live again.
I live more today than what
I have never been alive with you. 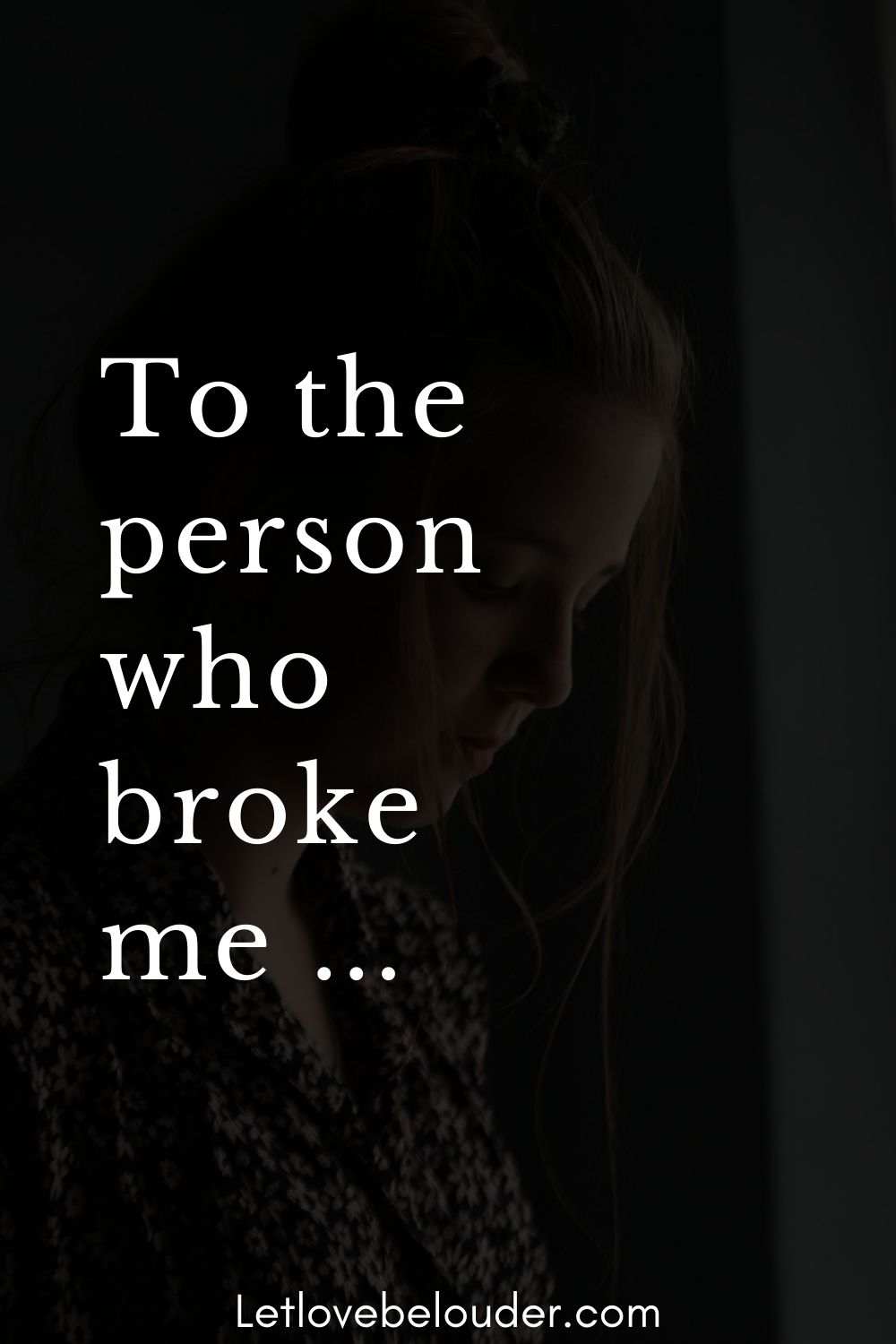