I started by sending you a message.

Then a second. I liked all of your selfies, being careful to leave a little space in between so as not to sound too desperate.

I paid you many compliments. I sent you invitations over the weekend. I was sending you your clues to let you know how much I missed you that I didn’t see you. I put a lot of effort into making a place for you in my world so that you could see that I cared enough for you.

Even when you didn’t respond to my messages and sent me conflicting signs, I kept moving forward. I was upset at how long it took you to answer me, but I always ended up forgiving you. I was disappointed when you canceled our outings, but I always kept bringing you new plans for the weekend after.

I insisted because I thought you were afraid to put yourself in a relationship but that you would end up changing your mind thanks to me.

I thought I was doing the right thing, and to be honest, I think I couldn’t have done it any other way. I just wanted to make you talk. I couldn’t help but text you, touch you, compliment you, or dream of kissing you.

But by dint of insisting, it tired me. You never asked me to date you, you didn’t make the slightest effort to show me that you were interested in you, so I gave up hope of ever being with you. One day, I stopped sending you the first message, and I stopped notifying you on my posts. Gradually I gave up the idea of ​​us one day.

I might have stopped chasing you, but that doesn’t mean I don’t want to be with you anymore.

I still want you and my feelings for you are still there. But I can’t stand the heartache of flirting with you anymore, feeling like I’m getting close to you and finding out that you’ve met someone other than me.

I tried to impress you long enough. If you want to be with me, then it’s up to you to take the first step. It’s up to you to send the first message, make the conversation, and come up with some exciting plans for the weekend.

I no longer have the strength to do it. I can’t run after you anymore, even though I really want to be with you. 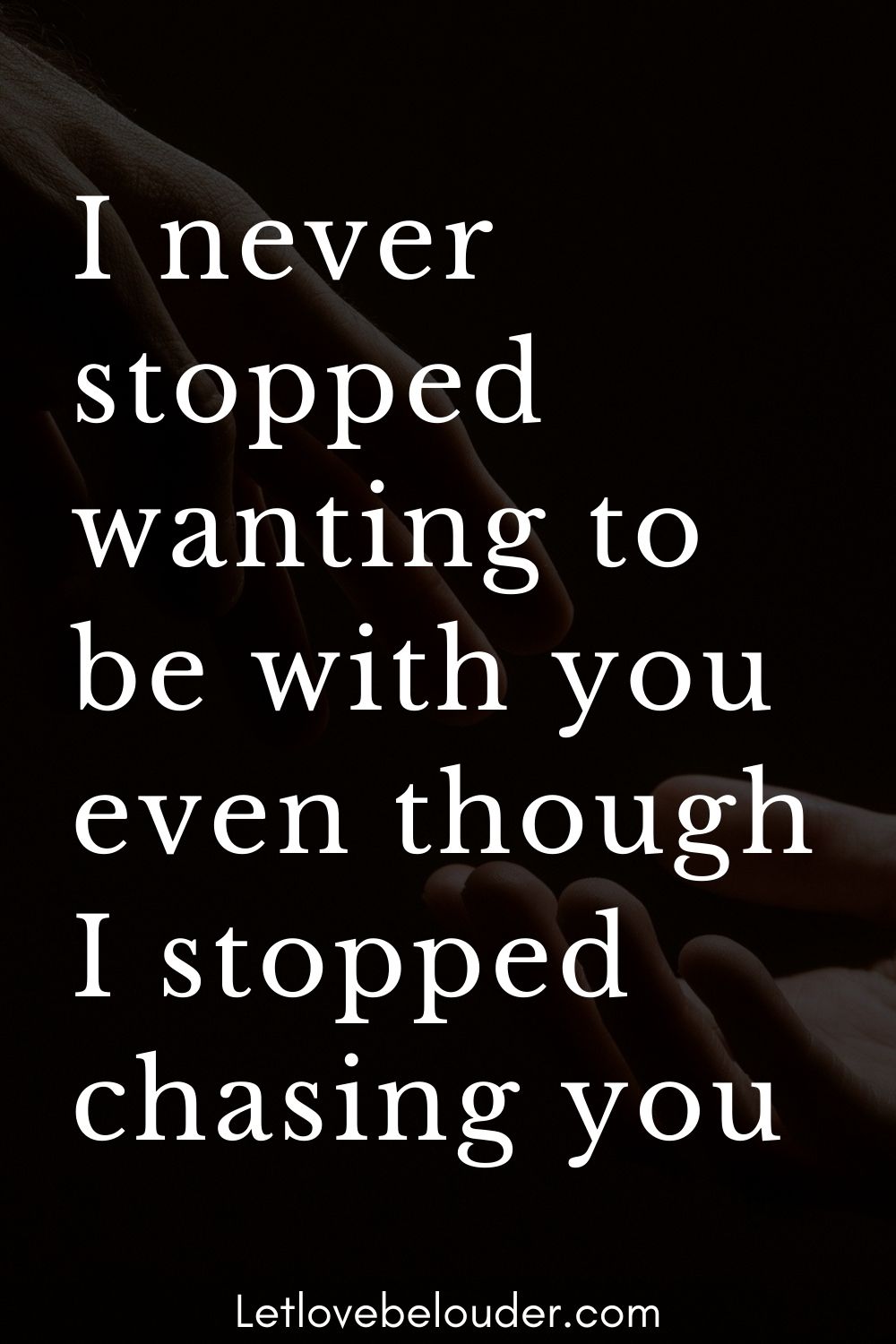